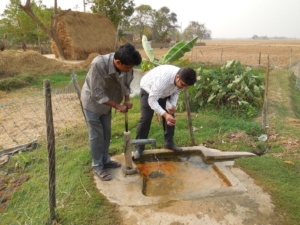 Having access to clean water is arguably the biggest necessity in developing countries. Clean water access is crucial because, without it, people can contract waterborne diseases such as polio, malaria, cholera and diarrhea. Diarrhea alone causes 2.2 of the 3.4 million deaths from waterborne diseases a year because developing countries often do not have access to modern medicine. Unfortunately, having access to clean water is becoming harder when people are polluting more and more of the water supply.

Luckily, AquaSafi has provided a potential solution to this widespread problem. The water purification systems that AquaSafi has created utilize reverse osmosis systems, which is a process that uses pressure to eliminate contaminants from water. Because the systems use only pressure, they require little electricity, water and space to operate.

Clean Water at an Affordable Price

To bring its systems to developing countries, AquaSafi partners with NGOs in those areas. By gaining the investments from organizations like H2O for Humanity, AquaSafi opened up stores in India where people can buy 20 liters of water for 3 cents. This affordable pricing is essential in making this an effective solution, as those living in extreme poverty are frequently living under $1.90 a day.

Through opening these stores, communities have benefited in ways that one might not think. Before, up to 4,000 children died every day due to waterborne illnesses. Now, in the communities with AquaSafi, the child death rate has dropped so much that school attendance is up. Additionally, the removal of fluoride from water sources has made cramps and joint pains go away for many people. Lastly, by opening up stores in the communities that most need them, AquaSafi has provided employment opportunities for locals. The organization trains those people on how to operate the system and perform maintenance when necessary.

By providing the solution of its water purification systems, Aquasafi has helped provide access to clean water to hundreds of communities. To lower the price per 20 liters, AquaSafi partnered with NGOs like H2O for Humanity so that those living in extreme poverty can afford it. The stores placed in these communities have also allowed those living in extreme poverty to gain employment opportunities which allow for the money spent on the water to go back into the communities. Overall, these water purification systems can save thousands of lives at an affordable cost as well as benefit the communities financially, which could potentially start to uproot people out of extreme poverty.