Tag Archive for: Progress in Africa 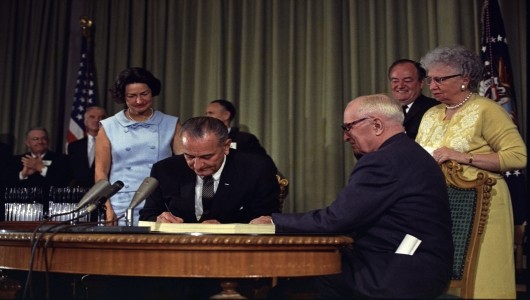 This month will mark the 50th anniversary of Medicare and Medicaid, just two of the programs that constitute the American War on Poverty. Although remaining under constant threat and scrutiny, social programs such as these have noticeably decreased poverty levels in the United States from 26% in 1967 to 16% in 2012. To Americans, those figures might seem significant. However, they pale in comparison to much of the progress made on a global scale. Below is a list of five quantifiable successes in the global war on poverty that put America’s efforts to shame.

Obviously, this is fantastic news for humanity. In 1990, half of the population living in the developing world lived on less than $1.25 per day. Only two decades later, the rate fell to 22%. At this pace the levels of global poverty declined enough to meet the 2015 Millennium Development Goals set by the United Nations Development Program (UNDP) five years ahead of schedule. Nevertheless, work still lies ahead for the UNDP. Recent economic stagnation has deflated the prospects for job growth in many developing countries with 56% of all employment deemed vulnerable. Not surprisingly, this employment risk is greater for women, who show higher rates of vulnerable employment across the board. Overall, though, this is a monumental achievement that bodes well for the 21st century.

If all goes according to plan this year, global hunger should also meet the UNDP’s Millenium Development Goals. In developing regions, the rate has fallen from 26% in 1990-92 to 14.3% in 2011 to 2013. This adds up 173 million people no longer suffering from chronic hunger. While in 1990, 40% of young children had inadequate height for their age, today this figure stands at 25%. Despite progress, global hunger remains a pressing issue; in total, 842 million people still suffer from chronic hunger. In regions such as Sub-Saharan Africa, one in four remain malnourished. While much more still needs to be done, the heads of three U.N. food agencies encouragingly wrote, “This is proof that we can win the war against hunger and should inspire countries to move forward, with the assistance of the international community as needed.”

3. The debt burden of developing countries has fallen greatly.

While concerns over debts have risen recently in developed countries the opposite is true in the developing world. In 2012, the debt burden—or the proportion of external debt to export revenue— was 3.1%, a quarter of what it was in 2000. This is due in part to increased trade, better management of debt and foreign aid from the developed world that have reduced the debts of many of the poorest countries in the developing world.

4. Modern communications is taking off in the developing world.

At the end of 2014, the number of Internet-users worldwide hit nearly three billion people, or essentially 40% of the global population. Of these three billion, two-thirds lived in developing countries, where, according to a UNDP report, “the number of Internet users doubled in just five years between 2009 and 2014.” Africa represents the vanguard of this transition with 20% of inhabitants now on the Internet, in comparison to just 10% in 2010. Still, four billion lack access to the Internet with 90% of these people from the developing world. While today only a third of the youth in developing nations are digital connoisseurs, with five years of experience on the Internet, this number is expected double in the next five years. The global spread of communications technology relies greatly upon young digital natives welcoming technology into the developing world.

Despite its reputation as perpetually impoverished and continuously unstable, Africa has experienced a variety of successes in recent years. Most notably, headway has been made in disease prevention and control. Many countries have experienced dramatic increases in retroviral therapy coverage for AIDS/HIV. Rwanda increased coverage from just 1% in 2003 to 71% in 2007, while Namibia’s coverage grew from 1% in 2003 to 88% in 2007. The Southern African Initiative has also worked to eliminate childhood death from measles in seven countries through vaccination efforts. Economic growth has also expanded, with countries such as Mozambique paving the way. Since the end of its civil war in 1992, Mozambique grew at a rate of 8% annually on average. Between 1997 and 2003, its rate of poverty fell by 15%, lifting almost three million people out of extreme poverty. However, half of its population is still impoverished. Mozambique represents much of Africa’s recent improvements; good, but not yet good enough. 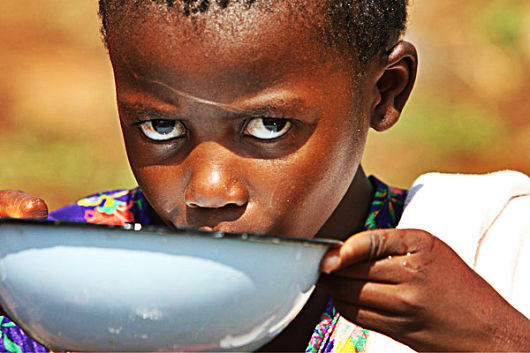