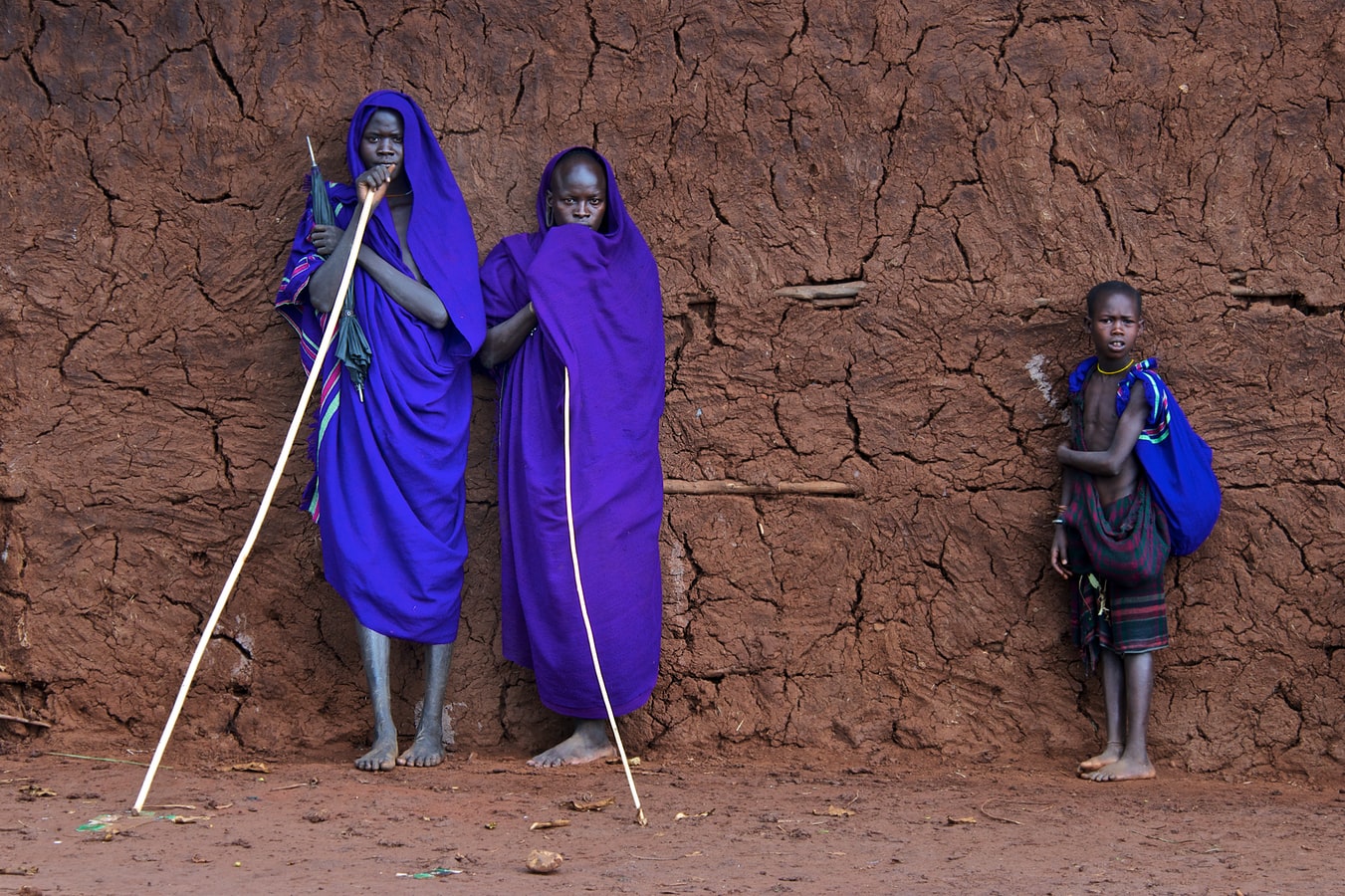 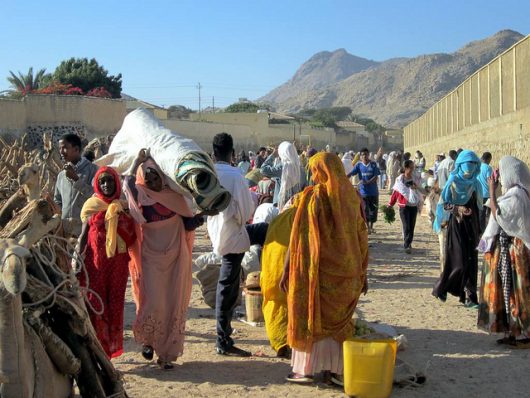 Eritrea is a country in the Horn of Africa, bordered by Sudan in the west, Ethiopia in the south and Dijibouti in the southeast. The country gained independence from Ethiopia in 1993 and has been led solely by unelected president Isaias Afwerki since 1991.

Eritrea has isolated itself from other countries and become one of the poorest in Africa. The most recent data on poverty, from 2004, showed that poverty in Eritrea affects more than 50 percent of the population. Between 1990 and 2001, 44 percent of children under the age of five were underweight and nearly two-thirds of Eritrean families experienced food insecurity.

Conflict with both Ethiopia and Djibouti has consumed Eritrea for more than three decades. The threat of war with Ethiopia has led to a large amount of defense spending that leaves very little room for economic development. Additionally, 18 months of military service is mandatory for men and often takes them away from making a livelihood for their families.

According to the World Bank, two-thirds of employment in Eritrea is accounted for by rain-fed agriculture. Around 65 percent of the population lives in rural areas and 80 percent depends on the agriculture to survive. In 2011, the worst drought in 50 years hit the Horn of Africa and devastated the agriculture and increased poverty in Eritrea.

While humanitarian groups tried to help during the drought, there was only limited data and communication from the Eritrean government. “[The Eritrean people] most likely are suffering the very same food shortages that we’re seeing throughout the region [and] are being left to starve because there is not access,” U.N. ambassador Susan Rice told the BBC. “There’s a clear-cut denial of access by the government of Eritrea of food and other humanitarian support for its people.”

A constitution was developed in 1997 but has not been put in place and other countries are unwilling to have diplomatic relations. The regime has shut down the independent press, limited civil rights and allegedly denied basic human rights to its people.

The government has placed restrictions on religion, speech, expression and association. According to the Human Rights Watch, there were 474,296 asylum-seekers in 2015 — this is 12 percent of the population attempting to escape poverty in Eritrea.

Many families and children traveling alone have begun the dangerous journey across the ocean to Europe. Many European countries have attempted to accept Eritrean refugees, while countries such as Israel have refused to take any. Refugees who make an unwilling return to Eritrea are met with imprisonment and sometimes torture.

While times have been tough in Eritrea for a long time, awareness of the issue maintains important. The Human Rights Council for Eritrea was created in May 2016 and has condemned the deplorable human rights violations and totalitarian practices. Reports like this are what can help reduce poverty in Eritrea and lead to a more democratic system.

Economic growth and food security have been a part of Eritrea’s political agenda since its independence in 1993, despite various setbacks. The government continues to work on eradicating poverty by improving the export markets for livestock and produce, increasing the productivity of the agriculture process and receiving investments from the private sector.

Additionally, when poverty problems arise, Eritreans hold a strong sense of community. If the government solutions fail or are set back, wealthier people often loan livestock and money to poorer relatives and neighbors to keep them afloat. 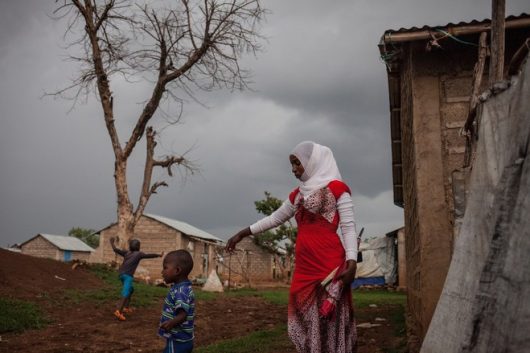 An Eritrean man named Binyan left behind his family and hiked 19 hours to the Ethiopian border. He would have to brave a dangerous journey that involved crossing the Mediterranean on overfilled boats and avoiding human traffickers. He did all of this just to get out of Eritrea. The poverty rate in Eritrea and harsh military conscriptions are forcing young people to leave the country.

Currently, Eritreans are the third-largest group of people that are coming across the Mediterranean to Europe. The U.N. estimates that nine percent of the country has evacuated in recent years. Eritreans, however, also account for the majority of the 3,000 people who have drowned in the Mediterranean on the journey. However, the situation looks even more worrying. Policy toward Eritrean refugees is shifting. The U.K. has cut the number Eritrean refugees’ applications being accepted from 77 percent to 29 percent.

There are not many figures on the poverty rate in Eritrea. The government has repeatedly denied the U.N. and independent human rights groups access to the country. However, by GDP per capita, Eritrea is the ninth-poorest country in the world. Joblessness and lack of opportunities are prevalent. Many Eritrean youths are fleeing the country precisely because they are unable to obtain work. The government halts most imports, has stopped the World Food Programme’s free distributions to roughly a million people and has refused a $100 million development loan from the World Bank.

Many factors contribute to the current rates of poverty in Eritrea. For example, the government’s harsh military conscription pays only two dollars per day, keeps young men out of work and can be extended indefinitely. Teenagers are inducted at the Sawa military base where they get four months of training and then take an exam that determines whether they are put into active service or allowed to go back to their education. The men are forced into awful conditions; they are not even given blankets and eat low-quality food. One former conscript spoke of being forced to lie in a 131-degree sun for hours.

However, there is some hope for the country. President Isaias Afwerki has been conducting a self-reliance program, with some good results. Education and healthcare are free, the HIV rate is down to less than one percent, measles and polio have been virtually eradicated and child mortality rates have decreased by two-thirds since 1995. According to the U.N., Eritrea scores higher on health than its neighbors Ethiopia and Kenya.

However, this is not enough. The country desperately needs U.N. examination and aid. If the country would open its borders to imports and aid, especially economic aid, the poverty rate in Eritrea would drop dramatically and the country would no longer see a large portion of the population fleeing its borders.