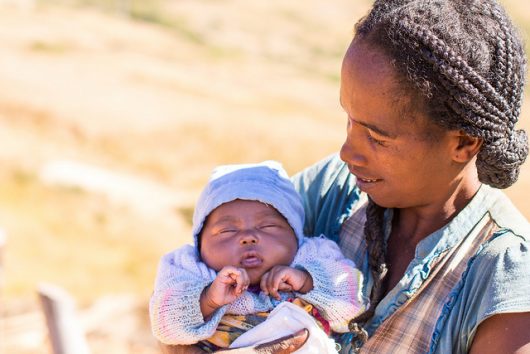 The African island nation of Madagascar is among the poorest countries in the world. The extreme poverty rate in Madagascar was nearly 78 percent of the population in 2012, and that high rate has likely continued into the following years. Around 19 million Malagasy live on less than $1.90 a day.

Due to the severely high poverty rate in Madagascar, improvements are a long, uphill battle. A recent report found obstacles to poverty reduction include a lack of infrastructure, poor access to markets, land degradation and volatile food prices.

The government of Madagascar is not idly standing by while millions suffer in poverty. President Hery Rajaonarimampianina made poverty reduction, infrastructure development and educational attainment national priorities following his election in 2014. The government is adhering to these goals through several national strategies and multiparty agreements.

In cooperation with the United Nations, Madagascar adopted a national biodiversity plan that includes the Agriculture Livestock and Fisheries Sectorial Program. This program should ensure economic growth through investments in agriculture and export sectors. It also resolves to reduce poverty by improving farm productivity and household income through crop diversification.

Another method through which the poverty rate can decrease is Madagascar’s work to improve education. One tactic Madagascar has implemented in this regard is building literacy centers for people to learn reading, writing and math necessary for further technical training.

The government is also trying to eliminate gender discrimination with land ownership law enforcement and awareness workshops concentrated in the most rural, impoverished regions. Dispelling customary notions that prevent women from inheriting land will allow more women to support themselves and their families.

In April, Madagascar outlined its poverty reduction strategy in an economic development report submitted to the International Monetary Fund. In it, the government vows to prioritize social and poverty-related spending in the federal budget. Contained within that promise is the continuation of integrating teachers into the civil service and distributing school kits. Those two practices will lessen the financial burden on families and local organizations that have to pay for children’s education.

Madagascar’s national strategy also calls for macroeconomic stability and a strong financial system. This would ensure a healthy reduction in inflation and stable prices that guarantee sound purchasing power for consumers.

Madagascar is not battling its high poverty rate alone. The African Development Bank, the World Bank Group and the United Nations Development Programme pledged $6.4 billion to Madagascar for its 2017-2020 development projects.

Madagascar’s economy is gradually improving. Its GDP growth rate was 3.3 percent in 2014 and is projected to reach 4.5 percent this year, which should stimulate job growth and pull people out of poverty.

The poverty rate in Madagascar can decrease if the government follows through on its many objectives to improve the lives of its people.