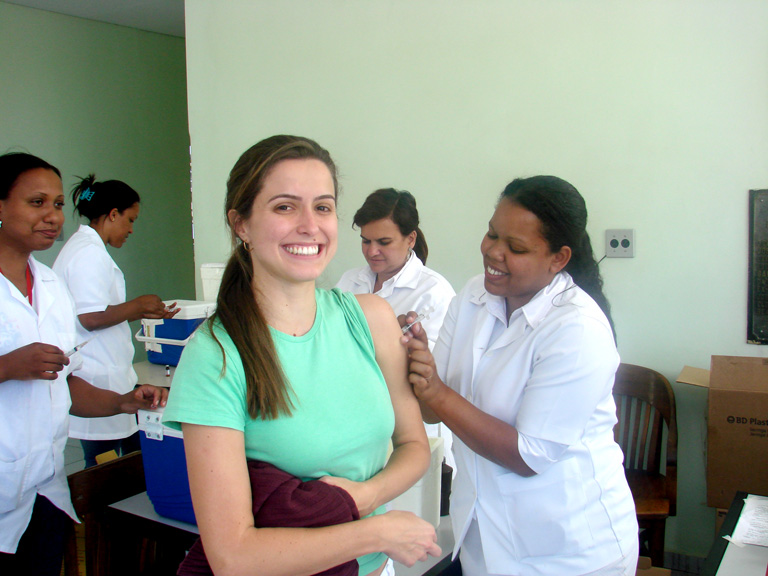 During the pandemic, many governments have worked independently and together to combat the virus and provide vaccinations for citizens in their states. However, Brazil has proven itself to be an exception, as vaccine access for Brazil was incredibly limited due to the president’s resistance. However, as of June 2022, 80% of the population is now vaccinated, and this rate is higher than the world average.

How President Bolsonaro is Infringing on Vaccination Rights and Access

Brazil operates on a universal health system that guarantees public access to necessary vaccines. In fact, vaccination rights have constitutional protection and the government has a legal duty to ensure them. As in all other countries, the circumstances that the pandemic caused generated an urgent need for vaccines, requiring a rapid, planned response by government authorities. However, President Bolsonaro failed to make COVID-19 mitigation a political priority throughout the country. He turned his back on science to endanger the health and lives of Brazilians and adopted policies that placed their health at great risk. One of his main methods involved spreading false information about COVID-19.

President Bolsonaro also opposed social distancing, refused to wear a mask, and regularly shook hands with his supporters. His ultimate goal was to achieve herd immunity in Brazil by allowing the disease to spread. Additionally, he deliberately refused to follow WHO recommendations and sought to block officials from following COVID-19 mitigation guidelines, vetoing legal mask mandates. President Bolsonaro’s failure to prioritize the health of his citizens shows his disregard for human rights amid a global pandemic. Thankfully, however, other actors were eager to take this task into their own hands.

Now, more than 80% of the Brazilian population has received COVID-19 vaccines. These vaccinations have undergone successful distribution through the National Immunization Program. Yet, distributing these vaccines was not easy — rather, President Bolsonaro’s neglect of public health guidance made distribution more complicated. The main actor behind vaccination distribution was ANVISA, the Brazilian Health Surveillance Agency. ANVISA works with the Ministry of Health, which is responsible for controlling and regulating health-related products in Brazil.

The Ministry issued several regulations to enable the distribution of emergency vaccines, but it lagged in its development of a national COVID-19 vaccination plan. Thus, ANVISA took matters into its own hands and negotiated vaccine access for Brazil with willing and available manufacturers. However, the Ministry’s standstill is understandable, considering President Bolsonaro’s eagerness to undermine the pandemic and the fear that officials would receive negative retaliation for combatting the virus. Because of this fear, the ministry lost the trust of many Brazilian citizens. Therefore, ANVISA was able to quickly gain public trust and vaccine access for Brazil because of its administrative independence, financial autonomy and the stability of its leaders and technical personnel. Additionally, it gave scientifically supported and unbiased solutions and technical decisions.

ANVISA’s role has proven to be incredibly crucial. It has issued emergency regulations and analyzed requests for the emergency use of vaccines, demonstrating its thought processes through open, public meetings. ANVISA presented every decision to the Brazilian community, which increased public trust in the approved vaccines.

Acquiring these vaccines was difficult, as one of the only allowed options was the Sputnik V vaccine, which initially did not receive approval from ANVISA and therefore could not be imported to and used in Brazil. In the meantime, ANVISA worked with local Brazilian governments to negotiate for vaccine access and advance other non-pharmacological efforts to control the pandemic and spread trusted and accurate public health information. Some of these efforts included partial lockdowns and social distancing, for example. These efforts generated more public trust, which paved the way for the eventual vaccination campaign.

ANVISA’s technical performance and consistent course of action eventually assisted local governments in importing safe, effective vaccines and increasing community trust in products, thus improving vaccine access for Brazil. One such process involved giving the Russian COVID-19 vaccine a chance, despite concerns because otherwise, there would not be enough vaccines. Despite safety concerns, ANVISA allowed Sputnik vaccines into Brazil, importing 928,000 doses. Even though this is just a fraction of the total that Brazil requested, it went a long way. However, importing the Sputnik vaccine meant that stringent measures to monitor the vaccine’s safety had to undergo implementation.

Now, Brazil can selectively import vaccines that specific countries have approved for emergency use. It is now restricting Sputnik imports and monitoring them closely. Only healthy adults are eligible for the Sputnik shots and vaccine distributors within Brazil must specify that the vaccine is a Sputnik vaccine.

The COVID-19 pandemic revealed, overall, that Brazil’s federal government was not ready to deal with an international public health emergency — a lack of governance and political influence over science prevented the Ministry of Health from vaccinating the country, but thankfully, ANVISA’s consistency in action assisted local governments in eventually vaccinating most of the country. This demonstrates the cruciality of administrative autonomy in organizations and the abilities that such organizations have in implementing policies and actions that help preserve the health of an entire country. 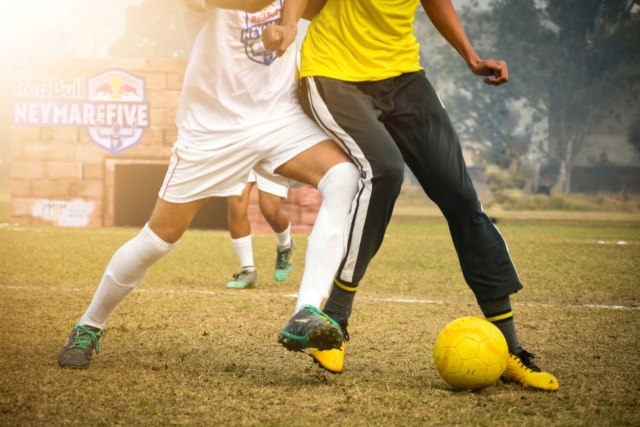 When COVID-19 spread worldwide in 2020, it left most countries with devastation. Shortly after the world’s attention turned to Italy, Brazil found itself facing a similar fate. Brazil initially underestimated the virus’s severity, and as a result, Brazil is struggling to overcome the outbreak, currently ranking third in the world for the highest number of COVID-19 cases. For a developing country such as Brazil, the impacts of COVID-19 are particularly harsh. Brazilian soccer players are coming together to support the fight against COVID-19 in Brazil.

Brazil as an Epicenter of COVID-19

As of May 30, 2021, Brazil reported more than 16 million COVID-19 cases and more than 462,000 deaths. Brazil has the highest number of COVID-19 deaths in Latin America. Brazil reported a surge of deaths in April 2021 with a peak of more than 4,000 daily deaths. Despite these high numbers, President Bolsonaro has made several statements underestimating the severity of the pandemic, stating that it is merely a case of minor flu. Furthermore, he refused to impose lockdowns or curfews to reduce the spread of COVID-19. Bolsonaro also disregarded opportunities to secure millions of vaccines for Brazil. Bolsonaro’s loose measures for containing the virus have been universally condemned.

Brazil Urges the World for Help

After the devastating impacts of COVID-19, Brazilian state governors begged the United Nations for urgent help. The call for help asks for assistance through “vaccines, hospital supplies and even manpower.” Before Brazil became the epicenter of the virus, the Trump administration helped Brazil with $20 million in pandemic assistance. The U.S. provided $75 million in aid for the private sector and 1,000 ventilators.

President Trump even sent along millions of hydroxychloroquine pills. According to a spokesperson for the European Union, the EU provided $28 million worth of grants to Brazil since the beginning of COVID-19. Germany also shipped ventilators to the country. Additionally, the World Health Organization shipped COVID-19 vaccines to Brazil to ensure vaccine equity.

After seeing their country’s desperate situation, Brazilian soccer players are coming together to support the fight against COVID-19. In April 2020, footballers such as Neymar and Alisson as well coaches and the country’s football federation (CBF) came together to donate approximately $1 million to vulnerable families struggling economically during the pandemic.

In a statement on the CBF website, Neymar says, “In difficult times like these, lots of families need help, our help.” A group of 57 soccer players and staff members as well as former FC Barcelona player, Dani Alves, collectively donated $463,787. The donation went to three organizations supporting the most impoverished and crowded cities in Brazil, enough to provide two months’ worth of hygiene products and nutrition to 32,000 households.

The Brazilian football manager, commonly known as “Tite,” urged fans and other athletes to support the effort. Prior individual fundraising efforts from Zico and Paulo Roberto Falcao successfully accumulated millions in donations.

In April 2021, Club Athletico Paranaense joined others in helping Brazil fight COVID-19. The Athletico club expressed its willingness to “buy COVID-19 vaccines and make them available to fans with paid-up memberships, as well as players and officials, free of charge.”

This idea comes after the Brazilian congress allowed private sectors to purchase the vaccine. Although the club did not mention how many members it holds, estimates predict numbers of 20,000-30,000 prior to the COVID-19 pandemic. In a statement, the Athletico club also called on other soccer clubs to help Brazil in its battle against COVID-19.

Bolsonaro’s failure to adequately protect the country’s citizens from the impacts of the virus means Brazil now takes the title for the Latin American country with the highest number of pandemic-induced deaths. In order to assist a country in desperation, Brazilian soccer players are coming together to support the fight against COVID-19 in Brazil, standing in solidarity with the Brazilian people.