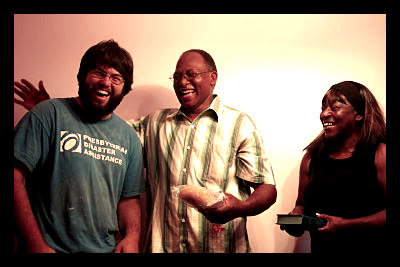 All over the world, where storms, violence and famine attract attention, Presbyterian Disaster Assistance, or PDA, is quietly working to ease the suffering and provide for the needs of survivors.

The Rev. Laurie Kraus has been the Coordinator of PDA since 2012 and first became involved in the church’s relief organization back in 1992, when Hurricane Andrew swept through her home state of Florida. For Rev. Kraus, the issues that disaster relief victims face hit home.

“My work in natural and human caused disaster as a responder, trainer and practical theologian has challenged, changed and transformed my understanding of ministry and of the Church,” Kraus said.

Based in Louisville, Kentucky, PDA is a ministry of the Presbyterian (U.S.A) one of the most prominent Protestant denominations in the U.S. The organization has been involved in domestic aid work, caring for the displaced in natural disaster areas from Hurricane Katrina to Superstorm Sandy. For all the care that PDA gives to people in need on U.S. soil, their international work is most notable. The organization is currently active in disaster relief and humanitarian causes in every inhabitable continent except South America and Australia.

Cultivating partnerships on the ground, PDA is currently responding to displaced flood victims in Malawi, where floods have devastated up to 250,000 people, according to the latest reports. Joining together with the Church of Central Africa Presbyterian, PDA is providing safe water, flour and other essentials, while paying specific attention to the most vulnerable among the victims.

Responding to the vast amount of displaced persons in Ukraine as violence has spread over the nation, PDA is partnering with the Russian Orthodox Church and Hungarian Interchurch Aid to provide blankets, food and hygiene supplies to refugees.

In the Middle East, PDA has aid projects active in Syria, helping people escape violence and treating the wounded. The displaced in Iraq are receiving bedding, fuel and help gaining employment. In Gaza, PDA is providing pychosocial care and economic support. And in Afghanistan, everything from pillows to mobile hospitals is being provided by the PDA.

Typhoons and earthquakes have kept teams busy in the Philippines and in China, where shelter, debris removal, sanitation and livelihood restoration efforts are in full-force.

The relief efforts of Presbyterian Disaster Assistance, while they may not attract much attention, are felt by the people who need them the most. 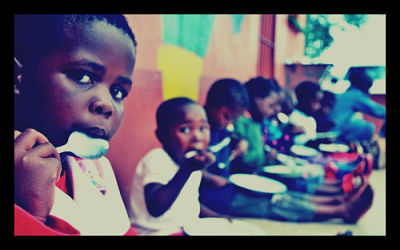 Whenever and wherever there is a tragedy, the Presbyterian Disaster Assistance (PDA) and Hunger Program (PHP) are there to help. These groups are part of the Compassion, Peace and Justice Ministry of the Presbyterian Church and serve all people, regardless of ethnicity, religion or political belief.

The Presbyterian Church remains neutral with its financial backing. The organization does not support its programs with federal funding. Rather, the Disaster Assistance and Hunger Program are funded mainly by a yearly congregation offering the “One Great Hour of Sharing.” Although the PDA and PHP are run by the same organization, they each serve different functions for those in need.

The Presbyterian Disaster Assistance program focuses on bringing emergency and refugee services to communities impacted by catastrophe. If resettlement is deemed necessary, the PDA ensures that these people find homes in the United States. Staff members and volunteers work with the Action by Churches Together (ACT Alliance) and these communities to implement training and preparation strategies for future disasters and assist in-home repairs and other forms of sustainable development.

The other half of this important organization, the Presbyterian Hunger Program, works to distribute healthy and “culturally appropriate” foods to people all over the world who are food insecure. PHP raises awareness about how our everyday actions can have a global impact. According to the Hunger Program, once Americans feel connected with impoverished communities, they will begin to comprehend the causes of hunger and malnutrition.

Although the Presbyterian Disaster Assistance and Hunger Program are part of a religious organization, the group maintains that it will help all types of people. By working with other organizations like United Nations, National Voluntary Agencies Active in Disaster, World Food Program, Red Cross and the Federal Emergency Management Agency to ensure that those affected by catastrophe or hunger are reached.