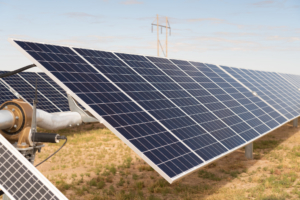 As the world strives to move away from fossil fuels and other non-renewable energy sources, solar power continues to increase in popularity. It is free, clean and abundant. There is no harmful by-product, private companies do not control it and no drilling is required.

Geographic luck is a large part of what has allowed today’s developed nations to become economic powerhouses. Some countries were settled on pieces of land that were abundant with resources, like oil. Others were not so fortunate. This is what allowed some countries to rapidly advance and others to remain stagnant. There is one resource, however, that many developing nations have a tremendous supply of: sunlight.

A large majority of developing nations are located in Africa and Southern Asia. Both of these areas receive more sunlight than almost anywhere else on the planet. Large swaths of land, particularly in the Sahara Desert, can serve as the perfect location for solar panels. The sand and scorching sun make it arduous and expensive to build structures on an urban scale. However, solar panels are relatively inexpensive to install and require little maintenance.

In sub-Saharan Africa, where two-thirds of the population lacks electricity, 89% of the days every year are sunny. With concentrated sunlight like this, it is projected that if just one in every 100 square miles of desert around the globe had solar panels, they would provide enough energy for every country on Earth. The Sahara is the largest desert in the world. Therefore, it is more than capable of supplying the energy needed by rural communities in Africa.

Why Solar Power Is The Ideal Energy Source

The reason why solar power is so crucial to developing nations, particularly in Africa, is because there are several rural communities that live far away from the power grid. While it is possible to extend the grids out to rural areas, it is often expensive. It is also time-consuming and does not resolve the larger problem at stake: the world’s dependence on non-renewable energy sources. Solar power is renewable, does not require connection to a major grid and has all the same applications as a power plant. The biggest application is their ability to generate electricity.

In 2018, USAID in conjunction with the U.S. government launched the Power Africa Off-Grid Project (PAOP). Phase one of the plan is simple: produce enough solar power to bring electricity to six million inhabitants living in rural areas of Africa by 2022. The project spans 20 African nations and has already gained $1 billion in funding. Once phase one of the plan is achieved in 2022, phase two will begin which entails expanding electricity access to reach an additional 60 million people by 2030.

What This Means For The Future

The reason why solar power is so important to developing nations, aside from its eco-friendliness, is because solar power means electricity. Electricity is fundamental to any society trying to advance. Without it, productivity is largely limited due to the lack of light, access to clean water and the inability to keep food fresh via refrigeration. With access to electricity, an African school teacher who grades papers at night can flip on a light. Families can refrigerate food so that they do not have to spend time searching for fresh meat every day. Water can be cleaned through solar-powered purification systems. When the quality of life increases, productivity increases.

With solar power expansion through projects like POAP, developing nations are on the brink of becoming fully developed economies. Hopefully, these nations can serve as an example to the rest of the world of how fossil fuels do not have to be the end game. There are alternative solutions out there, they just need to be given a chance.