“Give a man a fish and you feed him for a day. Teach a man to fish and you feed him for a lifetime.” – Ancient Proverb. The Indonesian government is taking the above saying to heart. It is doing its best to teach the poor population how to provide for themselves rather than merely providing aid. The government has grouped poverty reduction programs in Indonesia into three clusters: Social assistance, community empowerment and microenterprise empowerment. Simply put, cluster one is similar to giving Indonesia’s impoverished population fish while cluster two is giving the population a fishing rod and teaching them to fish. Finally, cluster three is facilitating fishing by providing a boat.

The above programs have already achieved a great measure of success. They have reduced poverty by half from 24.3 percent in 1999 to 10.4 percent in 2013. However, there is room for further improvements. In 2014, “only one-fifth of the poorest 10 percent in Indonesia” had received all the benefits to which they were entitled.

Possibilities for reformation in cluster one include a two-way updating system to the connection between the target database and the program-based beneficiary lists. This would help major social assistance programs reach the right people. Since needs change during certain times, having additional monitoring and evaluation to fill in the gaps in program design will improve the planning of the programs. Moreover, redesigning the Credit for People Initiatives by providing an incentive for smallholders for productive assets accumulation would leverage the poor with adequate access to the program and increase the impact of clusters two and three as well.

To add to the effectiveness of programs that are reducing Indonesia’s impoverished communities, the government has also established a national team, chaired by the Vice President. It is the Vice President’s hope that with the specific changes being looked at in each of the clusters, Indonesia will eventually bring the vast majority of those in poverty to a more sustainable economic situation. 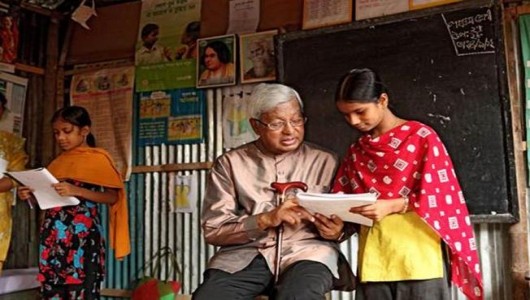 The impact profile continues to report BRAC’s economic support. A total of 5.54 million people benefitted from microloans, totaling to a loan disbursement of $9.73 billion. In addition, 25 million received better hygiene and sanitation thanks to BRAC’s clean toilets.

Women living in poverty found solace in BRAC’s open forums for discussion, protests and proposals for change. Polli shomaj and union shomaj are two of BRAC’s 14,400 community-based organizations (CBOs). So far, there are 13,712 polli shomaj in 55 districts, serving an estimated 55 members per group. Similarly, there are 1,220 union shomaj in 55 districts.

The BRAC site further profiles its contributions to the United Nations Millennium Development Goals. Since 1990, BRAC helped slash poverty and hunger in Bangladesh by 50%.

BRAC’s agricultural program developed two species of hybrid rice, one hybrid maize, one inbred rice and one vegetable strain for commercial sale, and more than 200 farmers have been trained in biodiversity creation and conservation. A total of 77,838 farmers practiced agriculture and aquaculture technology demonstrations, and 133,000 farmers learned how tech can improve crop yields. Further, 2,830 people in northern Bangladesh tried green methods in rice harvesting. By 2014, the program positively affected 107,157 people. 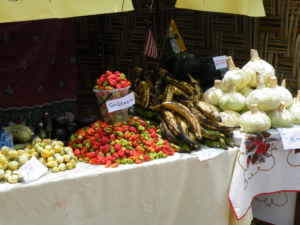 Widespread hunger in Liberia has plagued the country partly as a result of a coup d’état in 1980. However, a combination of president Ellen Johnson-Sirleaf’s poverty reduction programs, other government programs and nongovernmental initiatives has led to a reduction in hunger.

In 1980, a military regime replaced the civilian government in Liberia. The people rebelled in 1989. The resulting conflict continued until 2003, when a peace agreement was signed. Then, in 2006, Sirleaf, the first post-war president, was sworn into office. The relative stability since 2006 proved helpful in the effort of reducing hunger in Liberia.

Nearly one-third of the Liberian population is undernourished. Every fifth household is food insecure, according to a 2012 government-led survey.

The staple food for families is rice. Liberia imports 90 percent of this commodity, so any change in price has a large impact on the Liberian people. For example, in 2008, the price for a 110 pound bag of rice equaled one month’s salary for a security guard in the country’s capital of Monrovia, a relatively well-paying position. That bag of rice could only feed a family of seven (the average is five in Liberia) for around two weeks.

In addition, about 14 percent of children under five are underweight and these children’s mortality rate was 7.8 percent in 2011. At one point in 2009, health officials feared that an estimated 74,000 Liberian children would die from malnutrition by 2015.

That fear motivated them to act.

In 2009, health officials succeeded in getting the government to adopt a policy committing them to improve food security, especially in the rural areas where it were most needed. John Agbor, head of child survival at UNICEF, said back then that the policy “refocuses nutrition and puts it where it ought to be—on the higher agenda of government.”

The policies’ successes were possibly reflected in 2013’s Global Hunger Index. While Liberia ranked only 50th out of 78 and remained in a “serious” status, its GHI ranking has been steadily improving since 1995.

In a controversial move, Sirleaf ordered a quarantine of sizable villages, which have been cordoned off by the military. The villagers lack access to food and medical supplies, and the threat of starvation is motivating some to attempt an escape, which many fear will help Ebola spread.

Unless the government and other organizations can find a way to keep these quarantined populations fed, hunger among the people could make Ebola quite difficult to contain in Liberia.