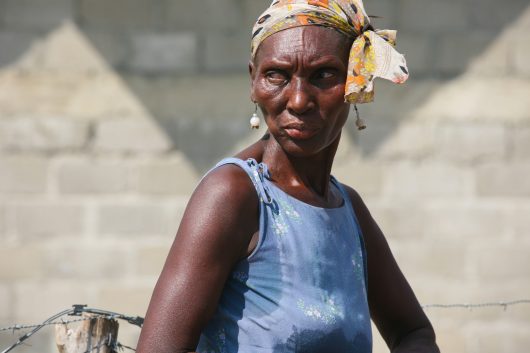 The root of Haiti’s poverty began in 1492 when it was first colonized. In 1697, began the onset of French colonialism, which aimed to exploit the Haitian people and land for-profit.

Since independence, a litany of Haitian-born leaders have ascended to power, but remain unsuccessful in their efforts to substantially improve living standards in Haiti.

The World Bank associates the poverty of the Haitian people to instability and corruption within in the government. Misallocation of funds has degraded the quality of public services, (e.g. – the justice system, education, infrastructure), which are requisites of a functioning state.

Haiti’s stunted economy compounds the poverty of the Haitian people. As a result of political instability, private investment, both foreign and domestic, remains below levels of moderate poverty reduction efforts.

A recent estimate found that the investment/GDP ratio in Haiti is near 10 percent, which would require growth rates of at least five percent each year to reverse the poverty of the Haitian people.

Comparatively, the Haitian people are the recipients of the lowest spending in human capital. In total, per capita, health spending in Haiti is at $21 while the regional (Latin America) and global (Sub-Saharan Africa) levels enjoy a spending of $202 and $38, respectively.

The poverty of the Haitian people is best demonstrated by the barriers to healthcare. Population studies found that the most reliable indicator of health service usage is socioeconomic status.

Despite a modest amount of free healthcare clinics, 76 percent of Haitian births occur at home. The lack of hospitalized births is a result of the absence of funding to pay for transport from the home and to the hospital.

The World Bank, however, refuses to be complacent with the poverty of the Haitian people. In the annual Poverty Reduction and Equity report, four areas were identified, which could bear a severely positive impact in the effort to reduce poverty in Haiti.

Notably, the call for an increase in the “assistance provided by external donors”, which stresses the importance of foreign assistance, along with a refined system to implement the aid.

Now more than ever, it is incumbent on the international community to prevent the further decrease of living standards of the Haitian people. Foreign assistance, promotion of good governance, and donation of medical practices and personnel are vital to reducing the poverty of the Haitian people.