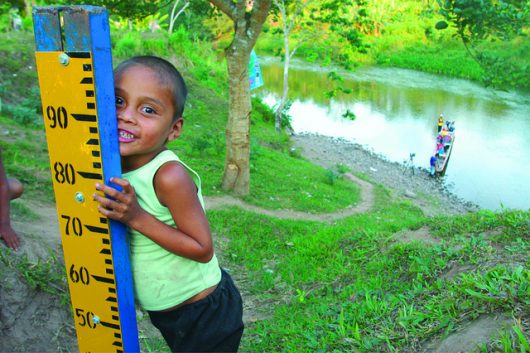 While the poverty rate in Nicaragua has declined in recent years, approximately 30 percent of the population currently lives on less than $2 per day. Nicaragua’s poverty resides predominately in rural areas where resources and employment are limited.

One Step Forward, Two Steps Back

According to the National Survey of Measurement of Life, extreme poverty fell from 8.3 to 6.9 percent in Nicaragua, and the Gini Coefficient of Inequality improved from 0.38 to 0.33 percent.

Nicaragua’s rising economic growth, supported by agricultural and commercial activity, indicates that its policies are working to fight poverty and create jobs and incomes for families. However, Nicaragua still has the lowest level of GDP per capita in Central America.

BCN President Ovidio Reyes says: “We know that we face a great challenge and that there is still a long way to go. The country needs to improve its per capita income even more, which can be achieved through higher rates of economic growth that allow the creation of jobs and more Income for families.”

The Need for Focus on Rural Areas

To continue fighting extreme poverty, Nicaragua must focus on its rural areas, where 50 percent of households live in extreme poverty. Finding innovative methods for economic stimulation and helping the poorest families improve their livelihoods and incomes will spur increased economic growth.

In rural areas, limited access to good schools and job opportunities cause Nicaraguan families to farm for earning a living and food. Yet, the dry land is unsuitable for agriculture and worsens their struggle instead of alleviating it. The land supplies limited natural resources, including water. With 80 percent of the rural poor depending on agriculture, the environment suffers. Recent droughts also affect food security and sources of income, and the fragile ecosystem and isolated location make productivity an obstacle.

Unemployment, which averages 12 percent for the country, exceeds 20 percent among poor rural families and many migrate to urban areas or abroad for work. One in five Nicaraguan families rely on remittances as a source of income, accounting for 20 percent of GDP. The unemployment rate, along with the poverty rate in Nicaragua captures the unparalleled plight of the rural poor.

Without employment opportunities and adequate infrastructure, the poor do not improve their incomes and well being. Since the poor then face many limitations, including natural resources, isolation and low productivity of soils, they do not have the means to access markets and public services such as education, health and legal services. Ultimately, productivity is stalled.

Nicaragua’s poverty rate may be declining, but to achieve sustainable economic growth, the country must focus on rural areas where poverty is most extreme.