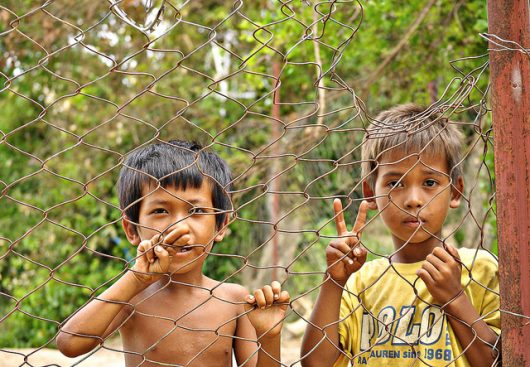 Cambodia is a country in Southeast Asia with a population of just over 15 million people. The country has numerous ethnicities including people from Vietnam, China and over 30 hill tribes. Although the economy in Cambodia has been improving ever since the dawn of the 21st century, the poverty rate in Cambodia is still relatively high.

The poverty line in Cambodia is defined as living while only using $0.93 or less each day. As indicated by a study done by the Ministry of Planning in 2009, about 22.9 percent of the Cambodian population currently lives under the poverty line. This percentage means that these people do not have enough resources to meet their daily needs.

This poverty rate has only been exacerbated by the history of conflict in the region. The start of this economic crisis lasted from 1980 to 1989 and was spurred by the reign of the communist regime, Khmer Rouge. Socialist policies, the suppression of the Cambodian population and government corruption under this regime continued to stunt the growth of the Cambodian economy. It was only in 1989 when the Cambodian people gained independence from Khmer Rouge that its economy began to grow again.

Freedom from Khmer Rouge brought the free market to the region. Some key factors that allowed the Cambodian government to grow so quickly include expansion of construction, tourism, and the growth of the agricultural sector.

The population of Cambodians still living in the countryside still struggle with poverty. The Asian Development Bank conducted a study in 2012, attempting to determine the poverty rate in this region. They found that 18.9 percent of the Cambodian population lived in poverty and many of them living in rural areas.

The reason for the higher rate in the rural regions of Cambodia stems from their lack of access to the skills and tools needed to escape poverty. Rural citizens have little access to primary education, health care and public services due to the lack of government support. This lack of infrastructure all stems from the country’s newfound freedom from Khmer Rouge.

Even though Cambodia has recently gained freedom from Khmer Rouge, corruption in the government continues to hold back progress in the region. An indication of this was that, in 2010, Cambodia ranked 154th out of 178 countries in the Corruption Perceptions Index, making it one of the most corrupt countries in the world. This amount of corruption acts as a deterrent for foreign investors, further contributing to its high poverty rate.

However, there is hope for reducing the poverty rate in Cambodia. As the GDP increases in the country, foreign investors will continue to consider Cambodia as a place to invest. On top of this, the United Nations tasked Cambodia to meet the Millennium Development targets by 2015.

These goals included reducing corruption in the government, increasing the GDP, and improving infrastructure within the country. Cambodia managed to reach these goals, and the U.N. stated that the country was “an early achiever” and it praised the country for the work it had been doing to alleviate poverty.