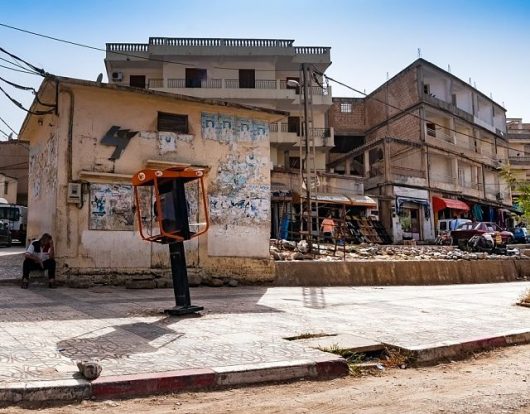 Currently, unemployment is one of the biggest factors leading to setbacks in improving the poverty rate in Algeria. The World Bank reports that unemployment increased to 11.2 percent in 2015 and has remained that way through population increases in 2016. High levels of unemployment also occur among women and youth at 16.6 percent and 29.9 percent respectively.

Combined with low oil prices and deteriorating living standards, tackling inequality has become increasingly difficult in Algeria. Many disparities exist regionally, with almost 75 percent of Algeria’s poor living in urban areas and working informal jobs. Looking beyond the blanket statistical figures that exist, regional disparities indicate that twice as much poverty exists in Algeria’s Sahara, and three times as much exists among the population living on the Steppe, a Mediterranean forest and woodland region of North Africa.

Moving forward, the United Nations and other organizations such as the Algerian League for the Defense of Human Rights (LADDH) are working toward improving early childhood development and nutrition, health coverage, implementing cash transfers and strengthening rural infrastructure to displace inequality and decrease the poverty rate in Algeria. In 2005, Algeria launched the UNICEF Unite for Children Against AIDS global campaign, and other campaigns and movements have progressed alongside those efforts.

A 2017 UNICEF analysis covering 11 countries in the Middle East and North Africa, including Algeria, Comoros and Egypt among others, has also led efforts to improve education, provide adequate housing, provide access to clean water and improve antenatal care and birth assistance.

Through political advocacy and policy implementation, solutions can be found and goals achieved to leverage inequality, continue moving citizens above the international poverty line and lower the poverty rate in Algeria.