How many people live in poverty? The answer a search engine might give overlooks the complexity of the issue. A great deal of poverty data comes from the World Bank, which still relies on household surveys. These household surveys can be very inaccurate, and statistics like these are critical in the fight against poverty. Thankfully, many organizations are working on creating better poverty mapping techniques to help fight global poverty.

The Need for Poverty Mapping Techniques

Governments, private companies and NGOs must know who needs help, what works and how much they need in order to fight poverty. With more accurate data, aid programs can be rolled out more effectively, directly targeting populations who need it the most. Accurate data also determines the effectiveness of aid or other interventions, which helps agencies discover what works. It is important for the missions of many agencies to have accurate data on poverty, but methods for collecting this data are flawed.

One issue with current data collection is the amount of data available. The World Bank is a leader in the fight against global poverty, and it compiles many official statistics on poverty rates. Historically, the main way the World Bank typically measures poverty is through household surveys. However, these surveys do not reach as many people as they should. For lower-income countries, an annual investment of $1 billion would be required to expand these surveys to generate consistent, accurate data.

Not only are these surveys too narrow, but they are also not frequent enough. Surveys typically happen every few years and even every decade in some countries with lower capacities. Between 2002 and 2012, no poverty data was collected from 29 countries.

The most common surveying method employed by the World Bank is the household survey. Unfortunately, household surveys have built-in inaccuracies and miss many people, usually some of the poorest. This method tries to measure poverty by sending surveys to households, but these surveys are ill-suited to measure an atypical home environment. Many people trying to avoid poverty live in open households, whose membership is usually in flux. These households operate to reduce poverty collectively in ways that a typical survey cannot easily measure. When data from these households is not interpreted differently from other household data, overall data on poverty can be skewed.

This dearth of accurate data was the inspiration for a team of Stanford researchers. Marchall Burke, David Lobell and Stefano Ermon have spent the better half of the last decade creating better poverty mapping techniques. The solution they are working on now is satellite mapping.

The team has used artificial intelligence to map poverty using publicly available satellite imagery. The system examines poverty by analyzing the wealth of assets in a given area as seen from space. By indexing images of wealthy areas and poor areas, the program can identify levels of poverty in other areas. It uses a variety of factors like lighting at night, roofing, infrastructure, roads and other easily recognizable traits to do so. Utilizing deep learning, the program is able to correlate factors and create an idea of poverty in an area with fairly high accuracy. The model explains about 70% of asset wealth variation at the village level. This means the model can predict more accurately than other attempts at mapping poverty using higher resolution imagery and mobile phone mapping. The ability to distinguish poverty at a village level also means that the program can identify levels of poverty in places that surveys never go, with much less cost and time required.

Household surveys have become obsolete compared to more modern and effective methods. Better poverty mapping techniques like the Stanford researchers’ will enable organizations to fight poverty with a greater level of accuracy, which will make this decade of poverty-fighting more efficient than the last. 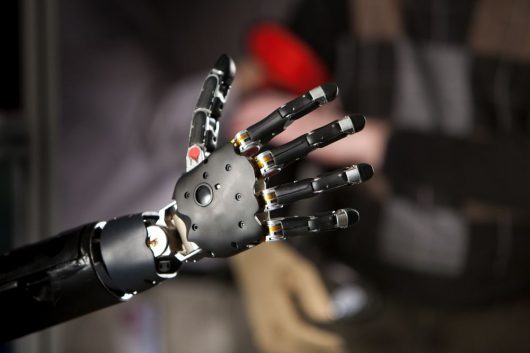 In the first half of the twentieth century, Artificial Intelligence (AI) revolved around just science fiction movies but it has come a long way since then. From presenting targeted ads based on one’s Google search history to SIRI and self-driving cars, AI has made progress in various socioeconomic issues as well.

One of the most remarkable breakthroughs of AI and machine learning is in healthcare applications. People are using various apps to learn more about themselves and lead a happier and healthier life.

Advancements in AI for Agriculture

Apart from Medical Science, accomplishments of Artificial Intelligence in the fields of agriculture have become widespread. Agriculture is not just old school farming anymore. High tech agriculture starts with variable rate planting equipment that helps identify where a seed will grow best and in what soil conditions it will grow better, thus making farming more efficient than it has ever been. Various AI-based robotic harvesting equipment has also been invented which helps to harvest crops like fruits and berries.

Global Fishing Watch is also one of the many accomplishments of Artificial Intelligence, which has helped stopped illegal fishing across the ocean. Over three billion people depend on seafood for protein in their diets. The global economy loses $83 billion every year to illegal fishing and poor fishery management.

Global Fishing Watch has brought more transparency on the fishing location and behaviors of commercial fishing fleets from every corner of the ocean through processed data sets and fishing activity maps with 95 percent accuracy. Indonesia is the first nation to show its results and, already, multibillion-dollar fines have been charged from the evidence gathered.

Artificial Intelligence has also been a game changer to help predict poverty and fight hunger. Tracking poverty in various places through household survey-based data collection was expensive so AI came to the rescue. In recent years, scientists have tried to identify rich or poor regions by studying nighttime satellite photos on the basis of which places glow brightly.

However, this approach came with a limitation: it could not differentiate between places suffering from near-poverty and those with absolute poverty. A research group at Stanford University recently fed the computer both nighttime and high-resolution daytime satellite images of five countries in Africa along with the household survey data. The device found features like concrete buildings, well-developed roads, agricultural regions and urban areas which helped predict poor places with 81 to 99 percent accuracy. United Nations claims this to be one of the biggest accomplishments of Artificial Intelligence.

Many times, the media focuses on the negative sides of AI but scientists are hopeful that the accomplishments of Artificial Intelligence will do more good than bad. With many more advancements to come, the socioeconomic status of the world is sure to change for the better. 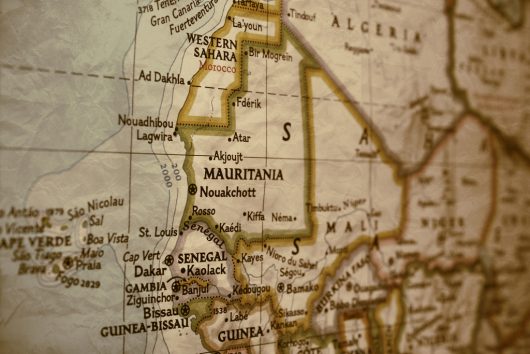 Poverty mapping has proven to be a difficult task in past years. Poor countries are often reluctant to account for poverty due to corruption or the inability to do so because of ongoing conflicts. The World Bank reports that only 20 African countries conducted two or more population surveys on poverty from 2000 to 2010.

According to a feature article published by online tech magazine Motherboard, Neal Jean, a Ph.D. engineering student at Stanford, has designed a machine learning algorithm that can predict poverty in Malawi, Nigeria, Rwanda, Tanzania, and Uganda.

Using satellite imagery to determine “nightlights” and levels of economic activity as a method of poverty mapping is nothing new. What’s different about the algorithm designed by Jean and his team is that it looks at daylight images of infrastructure, such as roads and metropolitan areas, which it then uses to identify nighttime patterns.

“Our basic approach involved a machine learning technique called ‘transfer learning,’ which is the idea that you can solve a hard problem – in our case, predicting poverty from satellite images – by trying to solve an easier one,” Jean said.

According to Motherboard, the algorithm may prove to be a very effective method of poverty mapping, especially given the cost of traditional household surveys and the lack of viable alternatives. Another advantage of the machine learning model is its transparency, as it doesn’t rely on private or protected information.

Jean told Motherboard that he hopes to make the technology open-source and cooperate with NGOs to put the algorithm to use. “If we could provide them with high-resolution poverty maps, they could overlay them on regions where operations already exist, and ultimately inform where they distribute funding,” he argued.

Jean’s machine learning algorithm is not the only artificial intelligence tool that is providing better data for poverty alleviation efforts. South African computer scientist Muthoni Masinde developed a solution that can forecast droughts with 98 percent accuracy, combining traditional knowledge with new technologies. In recognition of her achievements, she received a Distinguished Young Women Researcher award at the 2016 South African Women in Science Awards.

Technological advance has been the greatest impetus for poverty reduction throughout history, and artificial intelligence is the future of poverty mapping. It provides economists and scientists with better data in order to pinpoint and resolve problems that are holding developing countries back.