Tag Archive for: Poverty in Vanuatu 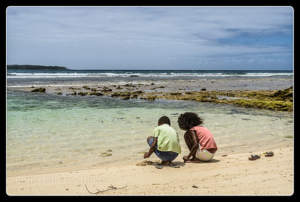 Despite an aggregate economic growth, Vanuatu’s regions are developing unevenly, leaving some areas more vulnerable than others. To achieve its Millennium Development Goal of reducing poverty in Vanuatu from the current rate of 12.7 percent to two percent, both local leaders and international actors need to consider the country’s unique vulnerabilities and strengths.

According to the CIA World Factbook, 26 percent of the population lives in the urban centers of Port Vila (capital) and Luganville. Vanuatu’s population of just over 277,000 inhabits 65 of the 80 islands in the country’s archipelago.

This geography plays a key role in understanding poverty in Vanuatu. According to the U.N. Development Programme, geographic factors create a more statistically significant barrier to energy and basic goods than do vulnerabilities in population such as age, gender or income level.

Vanuatu’s geography is defined by dramatic tropical volcanic mountains that rise from shallow coastlines. It is along these edges that most of Vanuatu’s population lives, either in port towns or rural villages.

Even in a relatively small island nation, the plight of the urban poor and rural poor are not easily delineated. Indeed, different areas experience varied iterations of development. For example, from 2006 to 2010, rates of food poverty (not having sufficient access to basic food goods) declined from approximately five percent to three percent in Port Vila, but increased from approximately two percent to eight percent in Luganville over the same period. Similarly, while average poverty rates in Luganville increased from 2006 to 2010, overall rates of poverty in rural areas fell.

These discrepancies emerge largely because of geographic location, which determines principle economic activities such as fishing and tourism. Access to basic foodstuffs also depends on weather patterns and agricultural production, which are especially interdependent on small, shallow islands.

These coastal communities are threatened by rising sea levels and increasingly frequent tropical storms such as Cyclone Pam, which swept through the Pacific in 2015, destroying up to 96 percent of food crops on some of Vanuatu’s southernmost islands.
Although Vanuatu is susceptible to extreme weather, traditionally sound building practices offer light, but flexible, protection and help. These practices aid in minimizing fatalities in emergencies.

An increase in telecommunication infrastructure also proved to be life-saving. When Cyclone Pam hit, SMS text alerts notified island residents. In many cases, it was the only effective warning system that allowed citizens to prepare accordingly. This access to modern technology can help growing populations confront increasingly frequent extreme weather movements.

Despite these obstacles, the Asian Development Bank reports the overall poverty rate of Vanuatu as low relative to other small nations in the Pacific. Recently, increases in tourism, agricultural production and foreign aid and investment are reflected in Vanuatu’s positive economic growth.

USAID recognizes the delicate geographic circumstances of Pacific islands such as Vanuatu, as nearly 50 percent of the Pacific Islander population lives within a mile of a coastline. USAID is committed to alleviating poverty in Vanuatu by building infrastructure that will withstand pressures from both climate change and extreme weather.

By understanding the unique circumstances of island nations such as Vanuatu, the U.S. and other global economic powerhouses can allocate aid in ways that are both culturally and geographically appropriate, helping to lift these vulnerable populations out of poverty.