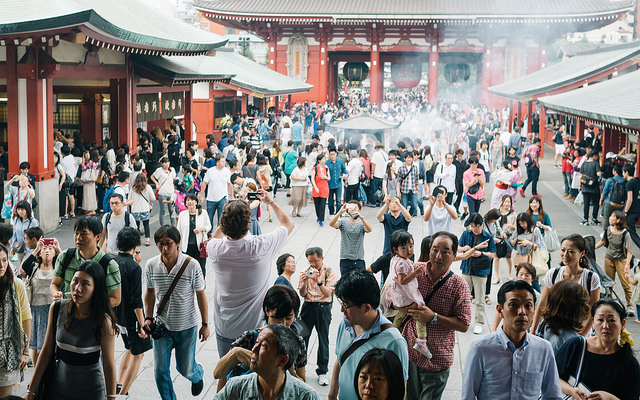 Tourism is one of the fastest growing economic sectors; in fact, the number of international travelers hit 1 billion in 2012. That same year, tourism accounted for 9 percent of global GDP and 5 percent of global exports. This rapid growth has raised the question of how and whether tourism alleviates poverty. Salli Felton, the acting chief executive of the Travel Foundation, stated that tourism is “the largest transfer of resources from rich to poor.”  It may be the largest, but is it the best?

Tourism as a method of economic growth and poverty alleviation has advantages and disadvantages. In the most direct way, tourism can help to create jobs for low skilled workers. The tourism sector was responsible for over 260 million jobs worldwide in 2010—about 1 in 11.

These jobs in the tourism industry also help reboot other sectors of the economy, in turn creating indirect employment: 1 job in the tourism field generates roughly 1.5 additional jobs in other related areas such as construction, utilities, textile, transport and agriculture. The vast array of goods and services that tourism requires — infrastructure, roads, power, water, airports, hotels and resorts, restaurants, entertainment — leads to a more dynamic and wider economy at large.

Many island areas hold draw for tourist activity—beautiful beaches, warm weather, and rich culture—but lack the connectivity to grow in other ways. On some island states, tourism is responsible for nearly 25 percent of the nation’s GDP. However, if not introduced in a sustainable way, it is not the case that tourism alleviates poverty or even helps to develop a country’s economy.

Often, tourism is not a reliable source of revenue as it is extremely sensitive to environmental and political fluctuations. Tourist towns are also susceptible to seasonal demand, making consistency difficult to achieve.

Many instances of tourist expansion come at the expense of local populations and can lead to exploitation. For instance, competition over resources between locals and tourist may ensue, as well as ecological degradation and loss of cultural tradition or heritage. In some cases, developing countries turn towards importing food, equipment, labor and other goods to meet the expectations of vacationers; as a consequence, these actions redirect revenues away from the local community.

In order to combat the negative effects of tourism, growth must be sustainable—that is, activities must be beneficial to the people of the host country. Sustainable practice can be ensured on a number of levels.

Governments can become involved in regulating environmental impacts and incentivize locally-sourced resources and labor. Large resorts can also partner with local communities. For instance, the Ritz Carlton hooked up with nearby organizations on children’s issues, hunger and poverty across their numerous locations.

Finally, tourists themselves can research which hotels or resorts are affiliated with sustainable certification programs and/or have local residents as staff. Tourists can also get outside of hotel and resort walls to use their purchasing power to help the economy by eating local, shopping local and using local guides.

If implemented in a sustainable manner, tourism alleviates poverty and lessens hardships associated with poverty related issues. However, due to the inconsistent nature of activity, tourism is not a catch-all response to poverty eradication, but rather a step in the right direction.