Tag Archive for: Poverty in Tiangin 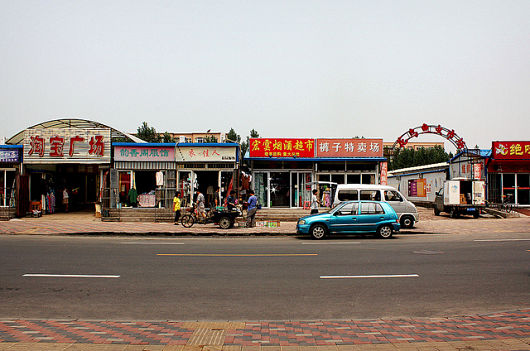 Located in northern China, Tianjin is one of four cities controlled directly by the Chinese central government. Tianjin has a population exceeding 10 million and is one of the larger Chinese cities.

Tianjin is at the moment known to be one of the best places to be in China. The level of income is around $10,000, on par with Shanghai and Beijing. Tianjin was one of the fastest growing cities by GDP in 2013. With a growth rate of 12.5% in 2013, it was experiencing a growth spurt. Things are looking up in Tianjin. Or is there another side to the seemingly perfect picture?

Cities such as Tianjin and Beijing serve as examples of the high wealth inequality in the nation. Although Beijing and Tianjin are doing well, with numbers that show good signs ahead, the agricultural surroundings paint a very different picture.

Poverty in Tianjin does exists. The outskirts of Tianjin are filled with agricultural workers whose incomes and levels of poverty are high. Although the poverty cannot be compared with other regions of the world, there is still poverty relative to the rest of the country’s average income. This wealth gap is indicative of many of the Chinese government’s preoccupations in recent history.

Tianjin’s numbers may look nice on paper, but the surrounding poverty can be understood when looking at the housing market in Tianjin. Huge amounts of investment are being poured into Tianjin to form a new financial district that is supposed to look like Manhattan – only bigger and better. The problem begins with the lack of people. The newly built infrastructure and buildings are barely touched and are mostly unused. In fact, the lack of demand is so bad that the developers have begun selling new buildings at a loss simply to leave the market entirely.

The lack of demand in the real estate market in Tianjin is perhaps related to the poverty seen right outside the city limits. The high levels of wealth inequality and the growing poverty issues outside of Tianjin’s immediate area are beginning to drag down the seemingly picture perfect economic state of Tianjin.

Suddenly the incredible growth figures look less believable. Though Tianjin has a strategic location by the ocean and is given direct attention from the central government, the city cannot escape the simple economic truths that exist in reality. Once this house of card begins to fall, the situation of poverty in and around Tianjin will become much less easy to overlook.