Tag Archive for: Poverty in the World 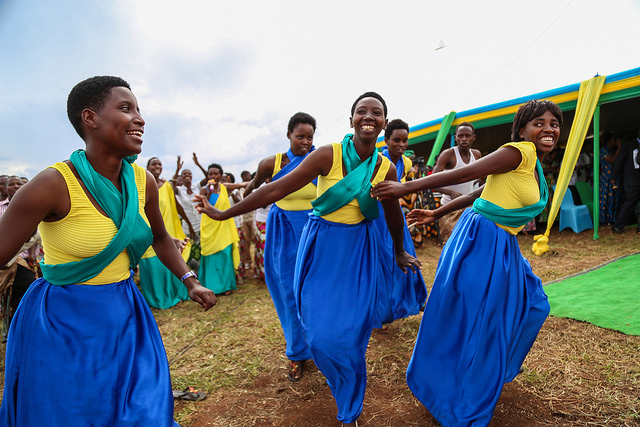 According to Irina Bokova, Director-General of UNESCO,“Poverty is about money, but never just about money”. Read further to understand what poverty in the world looks like today.

If poverty were addressed as a violation of human rights, the needy in the world would have a more fair fight for better living conditions. Understanding poverty takes a more comprehensive approach than just labeling the poor as those who are deprived of food or a roof over their heads.

Poverty in the World

According to the Universal Declaration of Human Rights that was adopted by the U.N. in 1948, the five families of human rights are:

The UNESCO report on Freedom from Poverty as a Human Right states that poverty infringes social rights because it deprives citizens of meeting their basic needs such as education, healthcare, housing and proper nutrition.

The fight to abolish poverty in the world does not solemnly belong to those who suffer it but also to citizens of all nations. The people who live in poor nations deserve the same living standards enjoyed by those in developed nations. Governments also have a crucial role in defending the rights of those who cannot fight for themselves.

Fighting poverty also means understanding the concept of inequality and its consequences for the global economy. Poverty is inherently connected to wealth distribution in nations.

The report on Freedom from Poverty as a Human Right also stated in 2010 that about 1.2 percent of the world income is distributed to a surprising number of 3 billion receivers, while an astonishing 1 percent of rich countries’ citizens receive 80 percent of the same income.

UNESCO World Social Science report listed one of the factors that influence the distribution of income: the concentration of wealth in the hands of business owners is unfairly higher compared to the laborers’ pay. Also, wages are not increased to meet the economic demands of inflation and the high cost of living in underdeveloped countries.

North Africa and the Middle East have an astounding 29 million children living in poverty as stated in a UNICEF analysis. They are deprived of basic human rights mentioned earlier, such as education, proper nutrition and healthcare. These children live in impoverished conditions with no potable water and lack of vaccination. They also support their families to earn the income that further keeps them from attending school.

They could be trapped in a three-generation poverty cycle if leaders don’t give their families opportunities to increase their income.

Poor nutrition is another key factor that directly affects education in the Middle East and North Africa. Underdeveloped children have a higher risk of performing poorly in school just because they didn’t get the necessary nutrients that play a key role in brain development.

Children in Algeria, Libya, Morocco, Iraq and Syria are extremely affected by the lack of nutrition and one in four of them will be physically and cognitively impacted by a poor diet.

There is also a relevant connection between the quality of a nation’s workforce and children’s nutrition. When children get a well-balanced diet, they develop stronger cognitive skills. These skills will help them assimilate the knowledge gained through education. The Middle East and North Africa countries need these future professionals to stabilize the economy.

Global leaders have a responsibility to provide children with adequate living standards to meet the fundamental human rights.

United Nations Secretary-General Ban Ki-moon states, “We must break down the walls of poverty and exclusion that plague so many people in every region of the world. We must build inclusive societies that promote participation by all. We must ensure the voices of all those living in poverty are heard.”

Getting involved in the fight for poverty is within anyone’s reach. Nonprofit organizations can make influential connections between the needy and the people who can make a difference. Poverty can only be eradicated if the ones affected by it have a voice.

Nonprofit organizations can educate people about how poverty affects poor nations. They work in liaison with agents of change such as UNESCO, providing them with a closer look at poverty-stricken communities.

A nonprofit organization called Potters for Peace helps communities in Central America by giving them the tools to get easy access to filtered water and thereby reducing waterborne diseases. They train poor communities on how to make low-cost ceramic water filters that purify 1.5 to 2.5 liters per hour. It has also helped 37 factories in 25 countries around the world via filtering technique innovations.

Projects like this can only continue with the help of supporters from around the world. Reducing the effects of poverty in the world is everyone’s responsibility. The fight to stop the vicious cycle of poverty belongs to citizens of the globe.