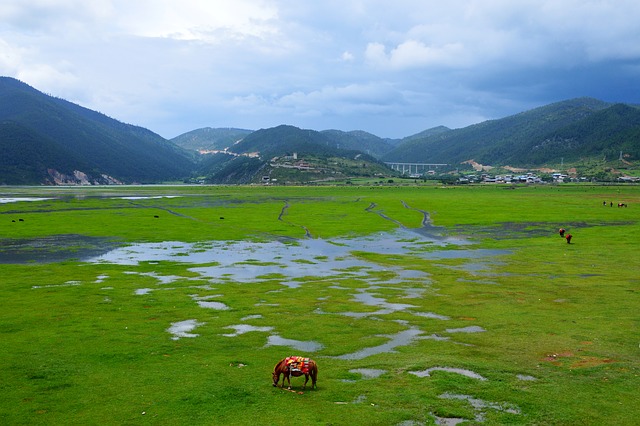 Southwest China is comprised of the provinces of Sichuan, Yunnan and Guizhou, the Chongqing municipality and the Tibet Autonomous Region. While the Chinese government has been making great efforts to reduce poverty in southwest China, in 2016, about 20 million people remain below the poverty line. Tibet, Guizhou and Yunnan rank among the top six poverty rates in China.

Poverty in Southwest China results from several major factors: the development of transportation is relatively slow, communication and technology often fall behind and large areas of mountain and plateau restrict the growth of the economy and education in this region.

Conventional views are aimed at “treating poverty by education.” Hence, the government in impoverished areas tried to get rid of poverty with the aid of intellectual support provided by education. In spite of the severe hardships of financial budgeting, it still did their best to develop education and even at the cost of heavy debts. However, the data suggests that education levels in impoverished areas have not effectively changed the status of poverty even after a large amount of investment.

Nevertheless, there has been progress in the fight against poverty in Southwest China. The Tibet Poverty Alleviation Office announced that last year, 150,000 rural residents rose out of poverty in Tibet. In its thirteenth five-year plan, China aims to help Yunnan, Guizhou and Sichuan to release about one million people from poverty each year. The ultimate goal is to eradicate poverty in Southwest China by 2020.

It is well recognized that improving transportation is a prerequisite for gaining wealth. As part of the thirteenth five-year plan, the city of Chongqing will see the investment of $60 billion toward constructing the transport hub in southwest China. Besides dozens of new projects in other southwest provinces, local governments have also been installing new solar street lamps and water heaters, upgrading roads, houses and cultural activity rooms. Such measures create conditions for the acceleration of economic developments in rural, remote areas in Southwest China.

A further measure is reinforcing vocational education in poor counties and paying more attention to the economic growth and education of ethnic minorities. In the Yunnan province, a project was launched by the World Bank and provincial government in 2012, which was oriented to improve the quality and relevance of technical and vocational education and training, in order to produce skills matching the demand of labor markets.

Nine vocational schools were implemented, where 6,000 teachers and school managers were trained. As a result, more than 24,000 students benefited from training in crucial economic sectors, 80 percent of whom were from poor, rural areas and about 30 percent of whom belonged to ethnic minorities.

In order to achieve the comprehensive alleviation of poverty in Southwest China by 2020, governments and international organizations are working hard with specific, feasible and staged plans toward this goal.