Tag Archive for: Poverty in Mozambique 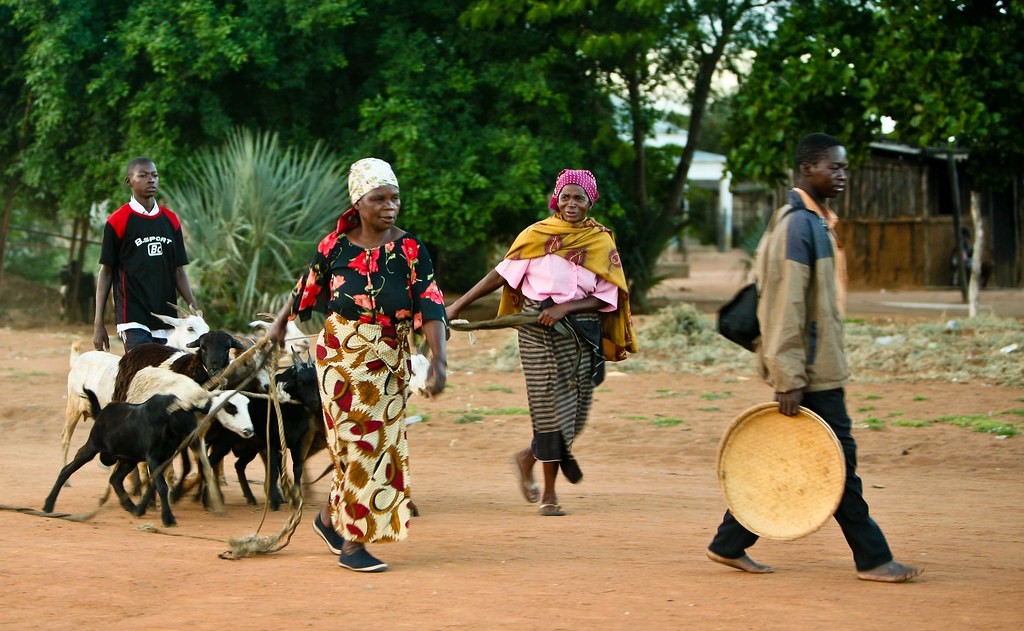 Mozambique is one of the poorest nations in the world with a GDP per capita of roughly $502. Although the poverty rate decreased from 59 percent to 48 percent, inequality still exists in the region between urban and rural areas. According to the World Bank, roughly 80 percent of poor people in Mozambique live in rural areas. Extreme weather conditions like cyclones or flooding exacerbate these inequalities. Because of this, the aftermath of these harsh storms more heavily affect people living in poverty.

1. Extreme Weather Destroys Local Infrastructure: Cyclone Idai caused more than $1 billion in damage to infrastructures like roads, bridges and dams in Mozambique, Malawi and Zimbabwe. The storm destroyed roughly 100,000 homes and one million acres of crops as well and it heavily damaged 90 percent of the infrastructure in the port city of Beira upon impact. Hospitals, schools and business could not withstand the storm’s high wind speeds, even though people built them to hold up against 75 mile-per-hour winds.

2. Extreme Weather Displaces Citizens from Their Homes: The storm affected roughly three million people, and about 1.5 million were children. Just outside of the city Pemba, the destruction of mud houses forced roughly 15,000 people to move to overcrowded shelters or stay outside. This displacement made relief efforts even more difficult and urgent. As the storm stranded many people outside of their homes, they required more time to administer survival equipment and begin rebuilding processes. Many rural citizens in Mozambique will not only have to rebuild their entire home, but also have to handle the economic burden of the loss of their arable land.

The United Nations Office for the Coordination of Humanitarian Affairs has been working tirelessly and assisted more than half of these people in isolated and urban areas. The number of people living in shelters in the Sofala Province decreased from 16,600 people to 12,812 people in seven days. Although it is a slow process, these relief efforts are making a significant impact.

3. It increases the spread of diseases: One of the major effects of the two most recent cyclones has been the increase of cholera cases spreading across the country. Due to contamination of clean drinking water by flooding, there are reports of over 3,000 cases in Mozambique alone. Many shelters became very crowded after these natural disasters, which only increased the probability of cholera and other diseases like malaria to spread.

4. It Halts Agricultural Production: A large part of Mozambique’s economy revolves around agriculture. This industry contributes to more than a quarter of its GDP and employs roughly 80 percent of its labor force. This leaves the country’s economy very susceptible to extreme weather damages. When disasters hit, they impact the poorer populations living in rural areas the most.

Cyclone Idai destroyed 50 percent of the country’s annual crops, which are the main source of income for a lot of people. If extreme weather patterns of this force continue, a food scarcity crisis might begin in the country, and the economy might suffer those effects as well. The United Nations Food and Agriculture Organization (FAO) has been adamant about focusing relief efforts in Mozambique as a top priority. FAO has called for $19 million to support heavily affected regions for three months to resume food production and assist fishing communities. By fulfilling this request, these areas can begin the process of rebuilding these vital industries.

For years, poverty in Mozambique has been a persistent problem for many people living in rural areas. Recently, extreme weather events have become increasingly more powerful and destructive. Various organizations are providing relief efforts that make a huge difference in the region such as the U.N.’s International Disaster Relief System and the United Nations World Food Programme. However, rebuilding efforts from this cyclone are far from over. Disaster preparedness is now becoming a focus for the government regarding infrastructure improvements. In order to end poverty in Mozambique, the country must use better techniques to protect its citizens and the land they depend on. 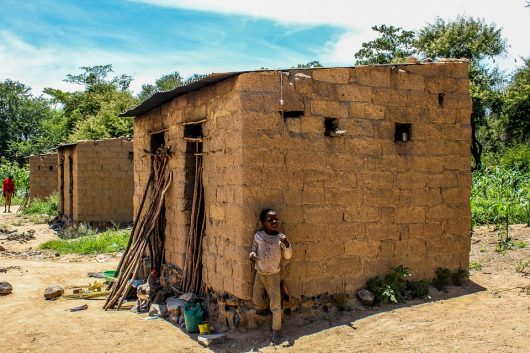 The country of Mozambique, situated in southeast Africa, is ranked as of the world’s poorest nations. Since its independence from Portugal in 1975, this country has struggled to survive as a free nation. However, poverty rates are on the decline, with the U.S. working to reduce poverty in Mozambique.

One of the main causes of Mozambique’s extreme poverty rates is that following its independence in 1975, the country endured a civil war from 1977 to 1992. This war drained the country of its national resources. Shortly after the resolution of the civil war, the United States stepped in, providing much-needed aid to the hurting country. The United States is still Mozambique’s largest bilateral donor, giving an annual $400 million towards relief measures.

The United States and Mozambique both share a commitment to improving health, education and food security for the Mozambican people, which can be seen through the success of U.S.-funded programs.

For example, in 2000, after severe floods occurred in Mozambique, the United States provided assistance to 115,000 families to rebuild their homes. In addition, the PEPFAR program, supported by the United States, also works with the Mozambican government, saving hundreds of thousands of lives from the HIV/AIDS epidemic. The United States also provides for the future of the country through the Feed the Future program, educating farmers on how to develop their land to increase food production and therefore provide for their people, drastically reducing the hunger percentage.

All of these programs demonstrate the positive effects of the U.S. working to reduce poverty in Mozambique; however, there is still much that needs to be done, as the majority of the population still lives in extreme poverty. For every percentage point of economic growth between 1996 and 2009, Mozambique’s poverty rate only decreased by 0.26 percentage points. This is half of what other African countries have achieved in terms of poverty reduction rates.

The reason for this difference in numbers is because there is not an even distribution of funds among the Mozambican people. If Mozambique’s growth had been more equally shared between groups of people living throughout the country, an estimated two million additional people could have been lifted out of poverty.

Rural areas contain a much larger percentage of people living in poverty because of the difficulty in accessing relief methods provided to those in more urban settings. However, even with the uneven distribution of funds and other methods of aid, with the U.S. working to reduce poverty in Mozambique, things are looking up for the country.

Despite all of the struggles Mozambique has had to endure, its future is looking bright. Although it is ranked as having one of the world’s worst healthcare systems, the country has made significant progress in reducing mortality rates. Its economic success has also started to pick up the pace as seen in 2017, when the GDP growth rate increased 2.9 percent from the preceding quarter.

With numbers like these, it can be seen that Mozambique is slowly reducing the number of people living in poverty. However, it still relies on foreign assistance such as that from the United States, and it is vitally important to continue these relief methods. 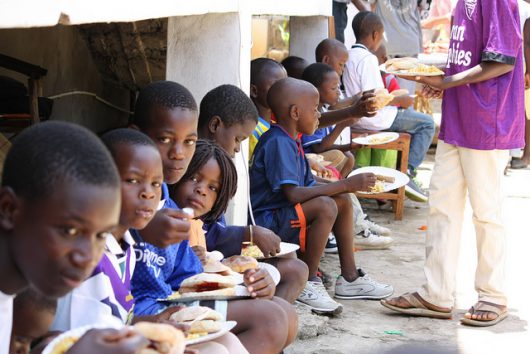 Although Mozambique has made considerable progress in reducing poverty, more than 80 percent of Mozambicans continue to live on less than two dollars per day. International humanitarian organizations continue to fight poverty in Mozambique by providing aid in the hopes of ending hunger, improving water and sanitation quality and advancing education and health care.

USAID, through their Feed the Future Program, provides resources to increase agricultural production as well as educate Mozambicans about nutrition and health. In addition, CARE continues to provide valuable funding and resources to secure clean water and sanitation. UNAIDS focuses solely on the early identification and treatment for Mozambicans with HIV, with the goal of ending the AIDS epidemic by 2030.

Top 10 Facts About Poverty in Mozambique

Many issues contribute to poverty in Mozambique. While numerous organizations supply aid and bring awareness to the struggles that the country faces, continued efforts must persist. Programs are still needed to increase economic stability in the region as the World Bank reports that “the geographical distribution of poverty remains largely unchanged.” Furthermore, initiatives to increase teacher quality and efficacy are necessary to improve literacy and the quality of education. Finally, since women are more susceptible to poverty than men, empowerment projects are necessary for ensuring that poverty in Mozambique is eliminated. 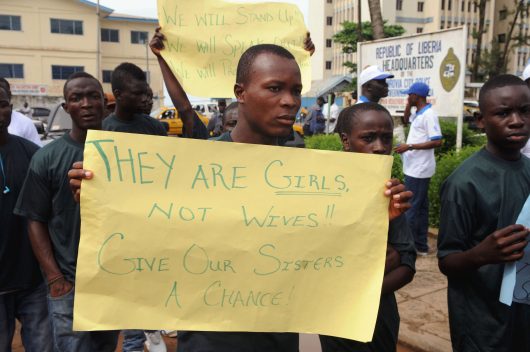 According to UNICEF data in 2014, child marriage in Mozambique is not uncommon: 48 percent of women in Mozambique aged 20 to 24 married before they were 18 years old; 14 percent of them were married by age 15.

Although the percentage of child brides in Mozambique has declined from 56.6 percent in 1997, Girls Not Brides reports that “population growth has meant that the actual number of married girls has increased.”

To address this issue, Mozambique has launched a new, multi-organization plan to end child marriage, led by the Ministry of Gender, Children and Social Affairs. According to Girls Not Brides, one of the most important pillars in this new plan is reforming the legal framework surrounding child marriage. Although child marriage is officially illegal, it is not punishable by law, making its illegal status more of a symbol than a tool and failing to hinder the practice.

The plan also involves increasing girls’ access to education and creating a social mobilization campaign, as well as increasing sexual and reproductive health services to young women already in marriages. This education is vital, as UNICEF reports that women married young are likely to become pregnant shortly after, and that these young mothers have higher rates of maternal mortality; their children are also more likely to be underweight, underdeveloped and more likely to die young.

One of the biggest issues Mozambique still has to overcome is ending poverty. Often times, young girls are married off for economic reasons—their parents get money from the husband’s family, known as the “bride price,” and the poor families of these girls now have one less mouth to feed. According to Girls Not Brides, Mozambique requires continued outside support; though there are renewed efforts to end child marriage in Mozambique, it will be an uphill battle.