Tag Archive for: Poverty in Liberia 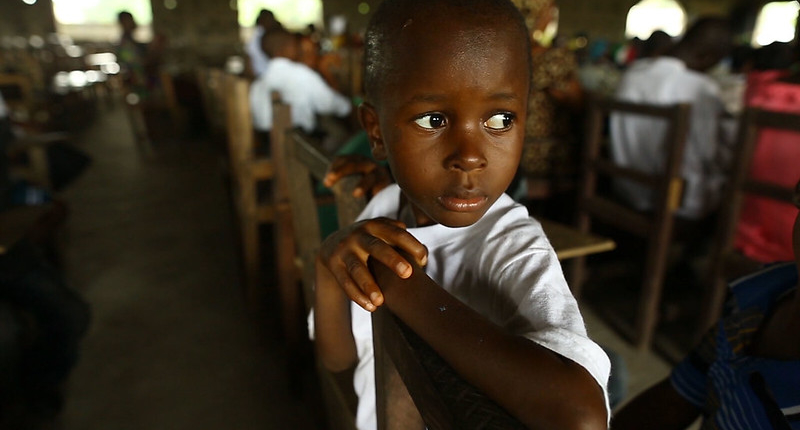 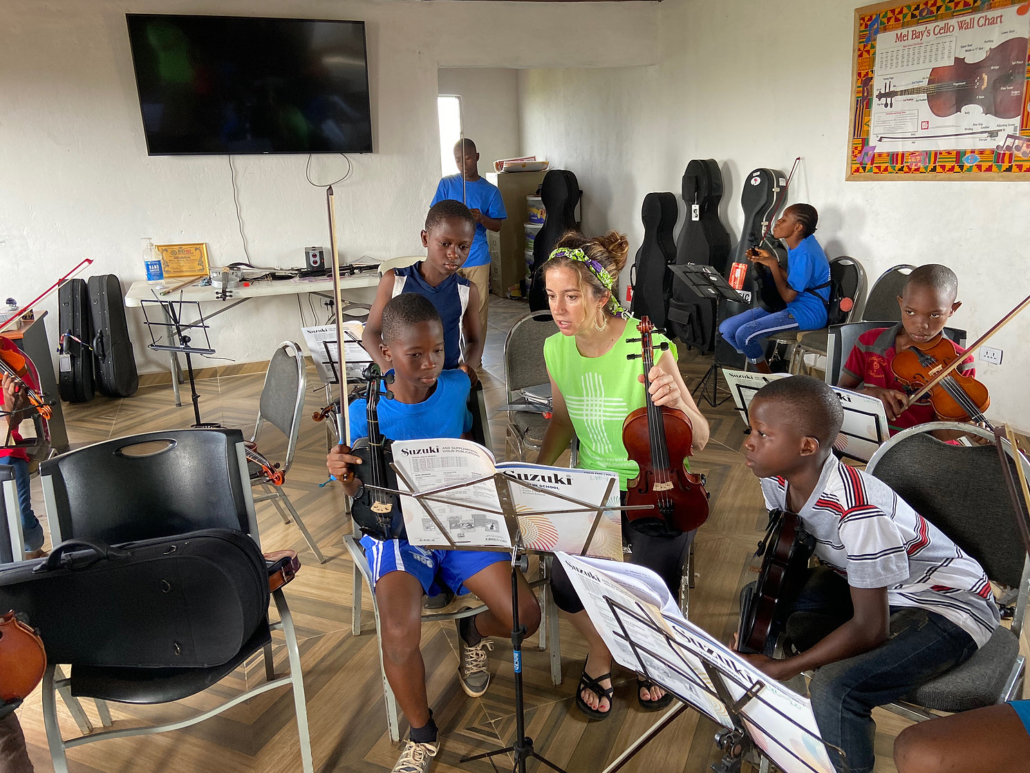 Extreme poverty is a persistent challenge in the West African Nation of Liberia, where people continue to feel the after-effects of a 14-year civil war and the 2014 Ebola epidemic. The World Bank estimates that 54% of Liberians live on less than $2 per day and 59% of eligible children attend school. Despite these realities, the future has promise: the growing Liberian Youth Orchestra (LYO) is working tirelessly to empower children and to target poverty in this country.

The History of LYO

In 2018, Julie McGhee, a musician from Canton, MI, formed the Liberian Youth Orchestra (LYO) string program. The program runs at Heart of Grace School, in Lower Johnsonville, just outside Monrovia, Liberia’s capital. McGhee recalls that she had traveled to Liberia on three prior mission trips before she visited any schools. When she visited Heart of Grace School in 2016, she discovered there were no developed music programs. McGhee states, “Some schools had choirs, but that really was the extent of music education in Liberia.”

The path to securing the LYO was quite difficult, requiring took two years of planning, securing donations, and overcoming major obstacles. For example, Liberian customs held LYO’s donated string instruments in customs for five months, delaying the start of the program. As a last resort, McGhee emailed Dr. Jewel Howard-Taylor, a senator who would eventually become Liberia’s vice president. Dr. Howard-Taylor was able to free the trapped shipment from customs, and in November 2018, the LYO officially launched. McGhee traveled to Liberia again and spent six weeks conducting a string orchestra camp at Heart of Grace School. She has continued LYO’s impact by regularly teaching lessons via video call from her home in Michigan, as well as intermittently traveling to Liberia. Meanwhile, McGhee’s teaching assistant, a young Liberian man named McGill Kowula, handles on-the-ground operations.

LYO has quickly become a source of pride in the community, as involvement in the orchestra is helping children learn to read. Literacy is a requirement to enter the LYO, motivating children to study and to work hard to enter the program. In 2020, 12 prospective orchestra members learned to read and obtained acceptance into LYO.

Several of LYO’s 43 string students have experienced other dramatic academic successes after becoming members of LYO, McGhee said. One such student was Mary, who began formal education in 2016 at the age of 11 but failed her first year. She transferred to Heart of Grace School in 2017, where she began playing in the LYO the following year. After involvement in the orchestra, Mary not only became a better student but jumped two grade levels. McGhee interviewed each student at the beginning of the string program and again a year after it started. According to McGhee, “I noticed that by the second interview, Mary told her story in a completely different way. She said, ‘I played my violin in front of the president, and that’s something no one in my family has ever done.’

State schools in Liberia are available at no cost, but many families prefer private schools. Unfortunately, 25% of young Liberian children report sexual abuse by a staff member. Private schools are often thought to be safer. However, the high rate of poverty in Liberia means that many families may struggle to afford private school fees, which are equivalent to about $100 per year. As a result, LYO students often receive sponsorship to stay in school, which may come through private donations or through other means. For example, the Jewels Starfish Foundation (JSF) is a female empowerment organization, run by Vice President Howard-Taylor, that sponsors education for girls grades 7-12. JSF currently pays tuition for 11 girls at Heart of Grace School.

Though McGhee is hopeful that she will be able to start a youth orchestra at another school in Liberia, LYO needs $44 per month per student to cover operational fees, and the current chapter of the orchestra has not received enough funding for the 2020/2021 school year. According to McGhee, LYO can benefit greatly from sustained monthly giving, though any financial gift is appreciated. Donations large and small will help LYO to continue its work and to reduce poverty in Liberia. 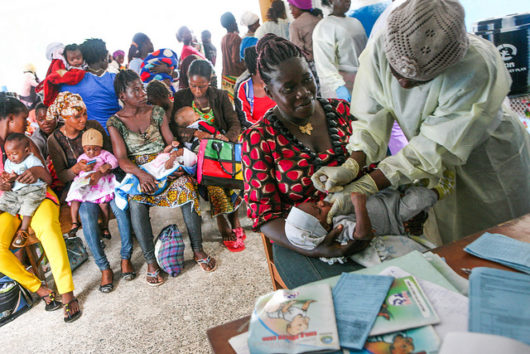 As peace returned to Liberia, the focus has shifted to improve living conditions for 80 percent of the population who live below the poverty line. Already, progress can be seen in terms of primary school completion rates which increased from 21 percent in 2002 to 62 percent in 2008. But, there is much more work to be done. Here are just some of the organizations working to reduce poverty in Liberia

Post-war Liberia is focused on economic growth, gender equality, education and health care.With the efforts of these nonprofit organizations, the government and local communities, Liberia will likely continue to make positive reforms for its people. 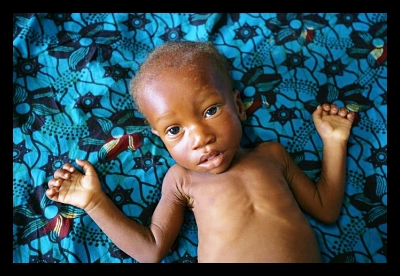 Located on the western coast of Africa, Liberia is a country rich with beauty and natural resources. The lush green landscape is home to many precious gems and metals. Despite this, poverty in Liberia is a large problem. It ranks 174 out of 187 on the United Nations Development Index. Infectious disease runs rampant in the country and the majority of Liberians have little to no education. Two civil wars in the last 30 years have decimated the country’s infrastructure and led to widespread poverty.

Liberia’s population consists mainly of smallholder farmers that struggle to produce enough to feed their families. This has led to poverty in Liberia reaching 68 percent and 35 percent of the population being malnourished. The civil wars have left the country with inadequate roads, water and other basic infrastructure, which has proving a significant barrier for economic growth.

The country’s civil wars also contributed to the over 250,000 Liberian orphans who frequently suffer from malnutrition and are sometimes completely abandoned. Liberia’s education and health systems are both in need of great improvement. The lack of health care access often leads to high fatality rates among those with treatable or preventable diseases. As far as education goes, only half of Liberians are literate, and many Liberian children are kept out of school in order to help on their families’ farms.

The focus of USAID in combating poverty in Liberia is collaborating with the Liberian government to help rebuild the infrastructure and revitalize mining and other utilization of natural resources in the country. Government strategies focus on stimulating the private sector by providing access to credit and infrastructure to Liberians.

The good thing about Liberia is that it has the landscape and resources available to make it a prosperous country.  Now that a stable government is in place, infrastructure can be rebuilt and resources can be utilized to their full potential. For this reason, one of the pillars of USAID’s action in Liberia is strengthening Democracy and Governance.  Once infrastructure is rebuilt, and this can happen rapidly with the help of USAID, the resources flowing out of Liberia will benefit the global economy and western investment will be paid back in spades.