Tag Archive for: Poverty in Italy 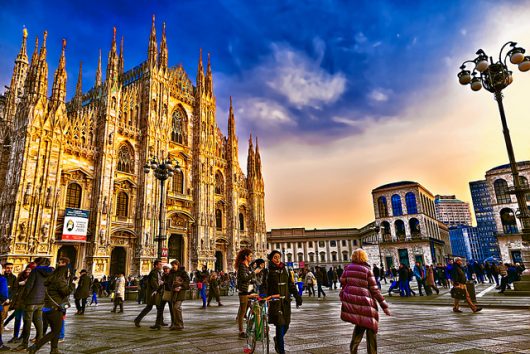 Causes of Poverty in Italy

Poverty in Italy is on the rise as millions of Italians are unable to heat their homes and afford basic necessities. A recession, soaring unemployment and an increasing migrant population are the biggest contributors so far. In light of these conditions, Italians are working together to reduce poverty rates.

A post-war recession caused the number of people living in absolute and relative poverty to jump in 2012; southern regions were hit especially hard. Italy’s unemployment rate, like its economy, is slow to recover. Despite living in the third-largest economy in the eurozone, youths between 15-24 years of age are hit the hardest as approximately 40% are unemployed.

The Group of the Party of European Socialists (PES Group) in the Committee of the Regions (CoR) hopes to address this issue through the Giovanisi project in Tuscany. This project, which draws support from the European Union’s Structural Fund, includes initiatives to promote a right to study, vocational skills, entrepreneurship, support for housing and independent living as well as services related to well-being in the community.

Food security is also an issue for many citizens. Of the 8.6 million impoverished people in Italy, about 16.6% of families live in poverty and cannot afford healthy meals. As a result, a family may go without meat once every two days. According to the Associated Press, Italy’s highest court ruled that stealing small amounts of food is no longer illegal for the country’s destitute and starving in May 2016.

Pope Francis recently visited the United Nations World Food Program (WFP) to address the need to end hunger. The pope called on U.N. member states to strengthen their commitment to serving and cooperating with WFP. “In this way, the World Food Program will not only be able to respond to emergencies but also implement sound and consistent projects and promote long-term development programs, as requested by each of the governments and in keeping with the needs of their peoples,” said the pope. Despite the lack of food security in Italy, the European nation was one of the top 25 donors to the WFP in 2015.

Italy has also seen a spike in the number of migrants. According to the Telegraph, “There are more than 130,000 migrants living in reception centers in Italy, waiting to hear if they will be granted asylum or expelled.” However, migrants have played a role in aiding police officers in the town of Caltanissetta, Sicily. According to The Local, officers struggled with providing support to the thousands of foreign visitors and migrants that pass through each year. Police Chief Diego Peruga approached the city’s mayor, Giovanni Ruvolo, about getting lessons for his officers. Ruvolo thought it would be beneficial if some of the city’s asylum seekers could teach a 30-hour basic English course for the police force; the asylum seekers were happy to volunteer as teachers. “It also provides them with the opportunity to give something back to the town which has welcomed them with open arms,” said Ruvolo.

There is still much work to be done to alleviate poverty in Italy — changes in the economy and unemployment cannot happen overnight. Thanks to these initiatives the country is getting on the right track.

Rome, Italy has a population of nearly 2.9 million people and is considered to be one of Europe’s most significant cities. Notwithstanding its status as a city rich with culture and history, Rome is also a victim of poverty.

Although the country has seem some economic stability during the past several years, Rome, as well as the rest of Italy, are not foreign to financial turmoil.

Several years ago, poverty in Italy reached its highest level in over 16 years. It resulted in high levels of unemployment and lower wages. Today, more than 16 percent of the country’s population lives in poverty.

In Italy, poverty is defined by a family of two living on a monthly income of 991 euros or less.

Similar to much of the industrialized world, Italy experienced an economic recession following the global stock market downturn of the late 2000s. Between 2011 and 2012, the nation saw its poverty levels increase.

Like the rest of the country, Rome’s economy is decidedly mixed. Even though Italy has seen some economic improvement in recent years, there continues to be some worrisome signs.

As a metropolitan city and popular tourist destination, Rome, like many of Europe’s cities, regularly sees its economy boosted by tourism. This is in conjunction with an increasingly significant number of African refugees who occupy isolated camps and villages around the city.

Unlike other countries, Italy does not provide refugees with adequate skill sets and chances to seek new economic opportunities. Many of these refugees, who are from the impoverished nations of the Horn of Africa, often find similar poverty conditions along the outskirts of Rome.

Such poverty is not limited to African refugees, however. Thousands of children in the city live in a state of poverty. Austerity measures, generated by the recession of recent years, have not had much of an effect.

Perhaps only time can help alleviate some of Rome’s economic suffering. With its notable tourism industry, Rome will likely remain one of Europe’s most prominent cities despite its lingering poverty problem. 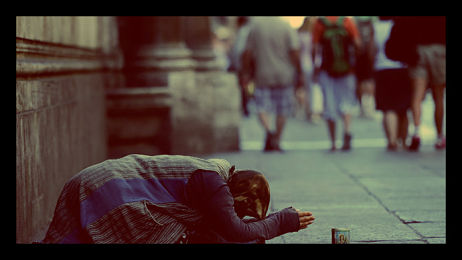