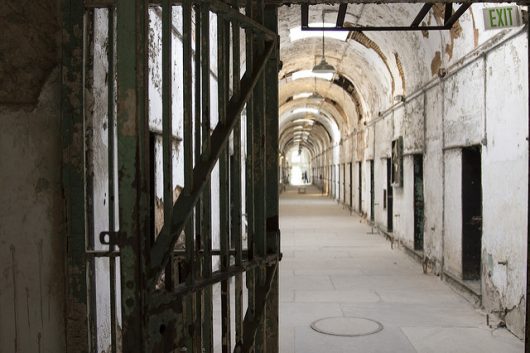 The global imprisonment rate has surpassed the rate of the world population growth, increasing by nearly 20 percent from 2000 to 2015. In 2016, the Institute for Criminal Policy Research estimated the global prison population to be around 10.35 million.

The Commission on Crime Prevention and Criminal Justice (CCPCJ) is a governing body within The United Nations Office on Drugs and Crime (UNODC). In 2016, the CCPCJ reported that, out of the 198 countries on which there is data, prisons in 114 of them were filled past capacity. Of these, 78 had occupancy rates over 120 percent with 52 of those being over 150 percent. In the Philippines, where overcrowding is the worst, the occupancy level is over 450 percent.

The Issue of Overcrowded Prisons in Developing Nations

Overcrowding disproportionately affects the prison systems in developing nations, with the highest rates in Central America, South Asia and East, Central and West Africa. In 2013, The European Court of Human Rights ruled that the conditions created by overcrowding qualified as torture and/or inhuman treatment. Prisoners in overcrowded facilities are especially vulnerable.

In 2017, The U.N. High Commissioner for Human Rights listed violence and abuse as by-products of overcrowding, and evidence suggests that the consequences are actually much more extensive. Generally, prisoners experience high rates of mental illness and premature death. Unsanitary prison conditions make them more vulnerable to infectious diseases such as tuberculosis and HIV with prisoners being five times more likely than the general public to contract the latter.

Research by The U.S. Department of State and Penal Reform International (PRI) links overcrowding to malnutrition, lack of clean water and sanitation, inadequate health care, lack of accommodation for the disabled, mistreatment of prisoners, corruption of prison staff and insufficient legal protection; all of which contribute to even lower states of mental health. Those who are poor or of a national, ethnic, religious or linguistic minority are the most afflicted since they are both more likely to be imprisoned and given longer sentences.

The Effects of Poverty on the Prison Systems

According to the CCPCJ, prison systems in developing nations experience higher rates of overcrowding despite having much lower imprisonment rates than high-income nations, and only in part due to lower capacities. Poverty and instability leave these countries lacking in the resources necessary to address critical situations. In their 2018 analysis of global prison trends, PRI also cites outdated legislation, corruption, and insufficiently trained staff as barriers to addressing shortcomings.

The CCPCJ measures corruption by the percentage of survey respondents within a given country who say they have paid a bribe within the past 12 months. In their 2013 data, fewer than 10 percent of respondents in high-income countries had paid bribes to any public officials. In low-income countries, more than 50 percent had bribed a judiciary official, and more than 60 percent had bribed a member of the police. PRI additionally reported instances of family members bribing prison staff to ensure that prisoners receive basic provisions, including food.

Similarly, high percentages of pre-trial detainees within the prison population of a developing country indicate systemic flaws that slow the processing of cases. For example, The World Prison Brief estimated in early 2017 that 71.1 percent of Haitian prisoners were still awaiting trial. In Liberia in 2012, The U.S. Department of State reported cases in which pre-trial detention lasted longer than the maximum possible sentence for the alleged crime.

Improvements Being Made to Reduce Overcrowding

The latest data from the CCPCJ shows progress in that the rates of pre-trial detainees had decreased in Africa and Asia between 2003 and 2014. In this period, Africa’s rate was reduced from around 45 percent to 38 percent, and Asia’s fell to 40 percent from just over 50 percent.

The UNODC is at the forefront of international initiatives that foster such progress. The Office strives to uphold The U.N. Standard Minimum Rules for the Treatment of Prisoners and works to ensure legal safeguards that protect their rights. Prison reform projects address non-custodial alternatives to imprisonment, flaws in criminal justice legislation, inadequate training of prison staff, prisoner reintegration into society and poor prison conditions.

With the help of the UNODC, countries have begun to more strategically and comprehensively address corruption within their criminal justice systems, with 17 of them adopting national anti-corruption policies in 2015 alone. In the same year, The U.N. General Assembly adopted the Sustainable Development Goals. With these goals in place, the development of prison systems in developing nations will remain a priority until at least 2030.