Tag Archive for: Poverty in Cameroon 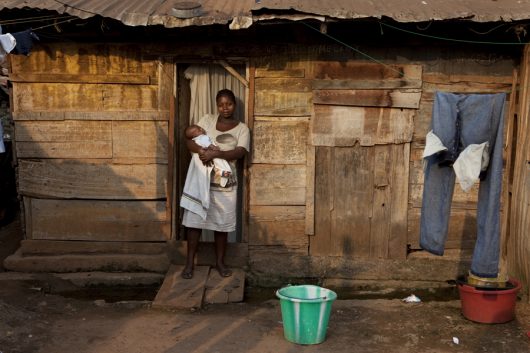 Cameroon is a low-middle income country located in Central Africa. Although the country’s GDP growth has accelerated to 6.2%, poverty in Cameroon has hardly decreased since 2001. Complications with fiscal debt and fragile political conditions have put Cameroon in an immensely difficult position.

Growing regional disparities have also created challenges for Cameroon. Northern regions of Cameroon are often characterized by high poverty rates, malnutrition and food insecurity. These areas also have limited access to healthcare, education and clean water. Rural poverty in Cameroon is up to 72% and 55.8% of poor households are located in rural, northern areas.

Over the past decade, the World Bank has implemented various programs to improve conditions and poverty in Cameroon. Listed below are the results of World Bank projects that have increased GDP, provided safer health care and improved the lives of thousands of Cameroonians.

The project was launched in 2010 to increase agricultural productivity. Focuses were placed on the development of rural infrastructure, investment in value chains, as well as production of broiler and pork meat.

The ongoing project focuses on maternal and child health, in addition to the prevention of transmissible diseases. The project covers six million people in 44 health districts.

The project, launched in 2009, aimed to improve the delivery of basic services in target communes and support decentralization.

As Cameroon moves forward, a developmental focus will be placed on achieving GDP growth in a fiscally responsible way and to equitably translate that growth into poverty reduction. By reducing poverty, particularly in the rural regions of northern Cameroon, the country will be able to improve conditions and promote positive domestic growth.

In order to directly combat rural poverty, the World Bank is implementing the Social Safety Nets Project. The fund program will reach 65,000 households in five of the poorest regions of Cameroon. Over a two-year period, participating households will receive $1,400 every two months and partial public works employment. Additionally, participants will receive training to improve their health, nutrition, education and skills.

With the help of the World Bank, poverty in Cameroon will be cut faster and some of the poorest families in the country will have the capability to invest in a brighter future for their children.