Tag Archive for: Poverty In America 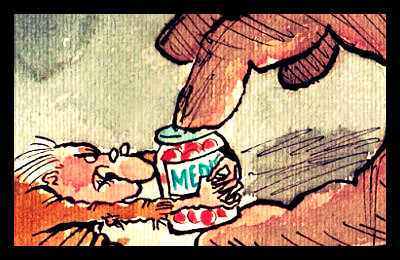 It is an obvious fact that living in poverty makes one more vulnerable, less secure and more likely to need assistance. When combating poverty issues of health and accessibility to health care providers in a crucial factor in creating the stability that helps people leave poverty and with appropriate polices to prevent future poverty crisis.

In the United States, it is clear that many have fallen into poverty. The U.S. Census Bureau’s annual report on poverty provides clear evidence that more Americans are struggling financially. Nearly 46 million people, which would be 14.6 percent of the population, are living in poverty. Of that, hundreds of thousands of these people were once counted among the middle class. Something beyond employment and GDP has effected security in the U.S. and made it difficult to not be impoverished.

When comparing the U.S. with other wealthy countries, the U.S. has one of the highest reported numbers of people living in poverty. Additionally, Americans also face a high risk of becoming poor. The disparity begs for answers.

When countries do not protect rights and basic securities it often leads to a poorly functioning economy and a poor standard of living.  States that do not have affordable health care have high rates of poverty. High rates of economic growth or their level of wealth cannot circumvent the absence of human rights protections and the statistics reflect that.

With such high costs of coverage and access, it is not surprising that the new census report also shows that 16.7 percent of Americans are without health insurance. The passage of the Affordable Care Act has brought this discussion of the value of human health to the forefront, and is the first major piece of anti-poverty legislation in decades.

The ACA mandates that quality healthcare must be provided to all Americans no matter what their income level is. In addition to accessible healthcare for those in need, the bill also reaffirms the belief that health care is a human right.

The health insecurity of the poor puts everyone at risk and the lack of care is trapping people in systemic poverty and risking lives that could otherwise be saved. When people live in extreme poverty they a more frequently and severely ill and face greater complications with more demands on an already over-burdened healthcare system.

Unless we can contain this spiral out of the cycle of poverty it will only continue. Job creation offers security through employment; however it cannot make a sick individual a healthy worker, and cannot always cover the high costs of health treatments and coverage.

The causes of poverty are varied and not always identified. Unless poverty is fought simultaneously from multiple points of vulnerability, it is not a winnable fight. With affordable accessible healthcare is provided along with increased social services, benefits and job creation, there are enough steps for individuals to finally leave poverty and find the security to participate economically and thrive.

On an average blog, an average post managed to make headlines. With over 3 million views, Linda Tirado’s blog post, “Why I Make Terrible Decisions, or, poverty thoughts,” has shed new light on poverty in America. Tirado is a wife, mother, student and employee. Her family lives below the poverty line and faces daily struggles to make ends meet.

Tirado articulates a widespread feeling that persists among families in poverty. She explains that stress, uncertainty and depression come along with financial woes. Tired of being misunderstood, Tirado took to her blog to respond to society’s misconceptions about poverty.

With cuts to food stamps occurring at the beginning of November, the welfare debate in the U.S. has recently been a hot topic. Many assume that people who are in poverty are responsible for their own bleak situation. The reality is, and Tirado makes sure to point this out, that those living in poverty were born into it and are never given the resources or the tools to get out.

Tirado’s post is written as a slightly unorganized stream of thoughts which she explains are constantly occurring in the back of her mind. She describes her average day of school, two jobs, and domestic responsibilities, while trying to keep her depression and exhaustion from getting in the way of her duties. Without knowing what will happen tomorrow, Tirado smokes a cigarette, puts her children to bed and fights on.

Tirado has received a lot of backlash because of this post. Anonymous commenters have urged her to stop having children, to not smoke cigarettes which are destroying her health, and to get a real job. It is because of these insensitive and uninformed responses that Tirado wrote her post in the first place. She explains that she had children because she had no access to affordable birth control, she smokes because she cannot afford depression and anxiety medication, and she is often turned down from jobs because she does not fit the company’s image.

There have also been positive responses to Tirado’s post. She has started a “go fund me” site and has received more than her annual salary in donations. Her post has opened doors for her to write a book and be a professional speaker. All this positive reinforcement has encouraged Tirado, and other families living in poverty, to continue searching for a light in the face of hopelessness.

The importance of Tirado’s post goes beyond her newfound opportunities. Her raw words have opened the public’s eye to the true nature of poverty. Often misconstrued as the plight of lazy and uneducated people, poverty is the result of systemic and social failure. Tirado has granted other families in poverty a platform on which they can be heard.