Tag Archive for: Poverty in Africa 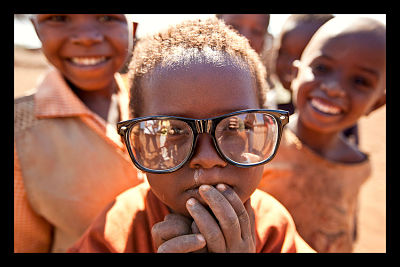 Africa, the second largest continent in the world, is a land caught in the claws of poverty. The impoverished areas of Africa are generally located in rural settings. Seventy percent of Africans live in rural areas, relying on agriculture for food and livelihood. However, the situation in Africa has shown improvements in recent years. While improvements to the quality of life have been made, many areas still require extreme attention and work.

Many of Africa’s problems stem from a massive hunger and thirst epidemic; these vitals have been hard to come by for many years. Not only do the hunger and clean water problems still ravage the continent, the HIV/AIDS virus is also still prominent. In 2009, about two-thirds of the thirty-four million people living with the HIV virus resided in Africa.

Detailed above, there are several reasons why poverty has become an epidemic in Africa. A major reason is certainly the hunger problem. Despite its natural resources, Africa is the world’s poorest continent, and one-third of the population suffers from starvation. Despite the food shortage, programs and organizations worldwide are fighting to help balance out the hunger epidemic.

10 Facts about poverty in Africa.

Dan Church Aid, an organization founded to alleviate food shortages worldwide, is just one program among many that combats this problem. The Dan Church Aid has been especially active in Ethiopia. The organization has teamed up with local farmers throughout the country to educate them about the land and how to cultivate it themselves. The food shortage is not a problem that will be solved by outside aid; it must improve from within. Starting in Ethiopia, farmers will be taught how to use the expansive natural resources the African land offers to produce food. The food epidemic is far from over, but with programs teaching farmers across the continent how to cultivate their own land, progress can be assured, slowly perhaps but certainly steadily.

Another cause of African poverty is water shortage. The Water Project has been working in Africa for years, building wells, rehabilitating wells, catching rain water, protecting springs, and building dams. In the communities where these projects have been established, progress is seen almost immediately. Having a fresh source of water is crucial to survival. One in nearly five deaths of children under five years, comes from a lack of sanitary water. Programs such as The Water Project are doing what they can to help reverse this trend, and with a steady flow of outside aid, the African people will have more fresh water.

While food and water are certainly vital components to life, the HIV virus has certainly added to the African poverty epidemic. However, the trends towards preventing this disease from widespread infection have been made. The United Nations Children’s Fund (UNICEF) has been hard at work in African countries, doing all it can to prevent the spread.

Every day, one thousand children are infected with the disease, and only 23 percent are receiving proper care. However, by reducing mother-child transmission, limiting the spread to new-born children and adolescents, and providing worldwide treatments, UNICEF has assisted in a 15 percent reduction in new infections, and a 22 percent decline in AIDS related deaths.

Poverty in Africa comes from several fronts; disease, food, and water tell only part of the story. However, every day progress is being made somewhere. Africa’s poverty is widespread, but certainly not incurable. Beneficial programs are fighting worldwide to reverse the fortunes of the citizens of Africa.