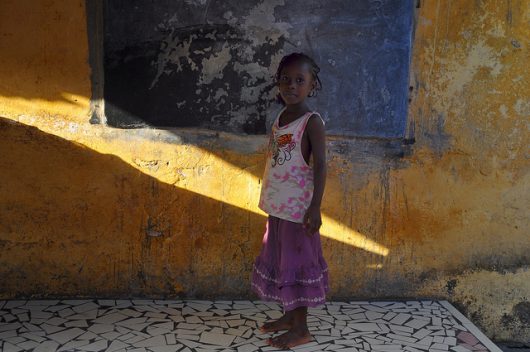 In places like the United States of America, marriage seems to be an exciting event for a majority of people. A celebratory get-together with family and close friends, surrounded by food, music, dancing and all the “selfies and photos” one could dream up.  However, marriage customs differ around the world depending on culture, family, tradition and even the economy. In Guinea, Africa, 76 percent of girls marry before turning 18, but this occurrence is far from just being a tradition; in fact, the high level of poverty impacts child marriage more than one might think.

In Guinea, mining, minerals and fuel resources are what keep the economy alive and thriving. However, it is one of the poorest nations in West Africa and often struggles to share what wealth it does have with neighboring countries.

While the economy works to aid both citizens and refugees within the country, health concerns also take a toll on Guinea. Polio, Measles, Ebola and HIV/AIDS affect many women and children and can leave children orphaned or separated from family. Such a traumatic event can make them vulnerable to marriage at a young age.

Lack of access to resources such as education, literacy, health, well-being, job status and living in rural areas creates poverty and impacts child marriage, especially for young girls. In many situations, girls are considered an economic or financial burden — a status that often leads families to marry their daughters/sisters off for economic benefit. If economic resources are available for education, more girls may utilize their education as a means to aspire for goals beyond marriage.

Poor areas often lead to poor interactions and respect among individuals who oftentimes have to fight for survival against one another. Children married at young ages will frequently experience marital and gender-based violence as a result.

Like most countries, Guinea’s government plays a role in future change and helps discern the answer to the question: what is being done about child marriage in their country?

As of 2018, Guinea is now a part of the African Union Commission, which helps make child marriage a priority social issue. In 2015, the Guinea Civil Union code established that men and women must equally consent to a marriage, consent must be free and valid and the marriage must be part of the civil registrar.

Legislation also states that “promises of marriage” do not make a marriage mandatory. People under 21 years of age cannot enter into marriage without their father’s permission or someone who is an “acting father” for the household. However, legislation relating to marriage refusal is still in process, mostly due to sociocultural pressures.

Other groups, partnerships, NGOs and organizations — such as the Pan-African Women’s organization — work diligently to break social stigmas and provide more support and liberation regardless of sex, race, religion or political affiliation. These advocates also utilize relationship and collaboration development to help fight against and provide awareness on how poverty impacts child marriage in the region.