Tag Archive for: Poverty from the Israel-Palestine Conflict 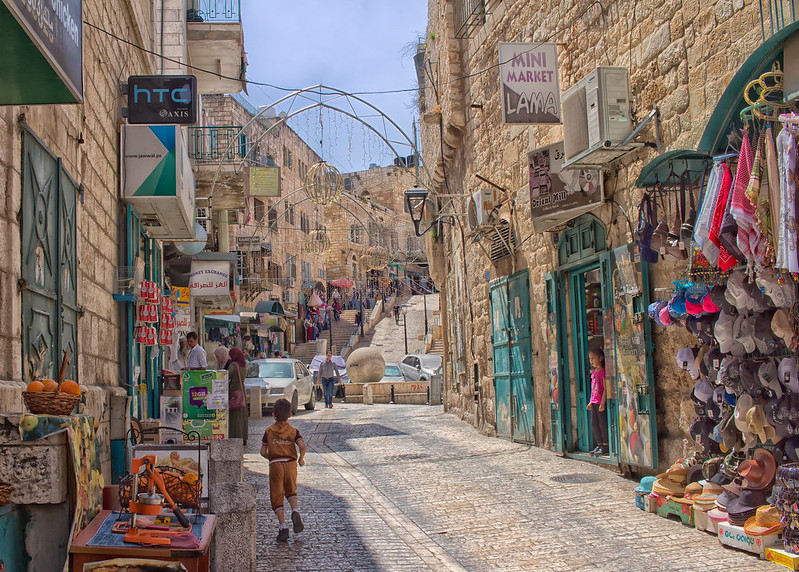 The Israeli-Palestinian conflict is an ongoing geopolitical and humanitarian issue, which has extensively damaged both nations. The large-scale conflict erupted as recently as May 2021. Poverty from the Israel-Palestine conflict has particularly affected Palestinians’ quality of life, as many of them live as refugees both in Palestine and neighboring countries.

Since the establishment of Israel in 1948, the number of Palestinian refugees has grown to around 5.6 million. Around 1.5 million live in camps run by the United Nations Relief Works Agency for Palestinian Refugees (UNRWA), a U.N. agency founded in 1949 to handle Palestinian refugees. Refugees are in the neighboring countries of Jordan, Lebanon and Syria as well as the Palestinian enclaves of the West Bank and Gaza Strip. Most of them are located in Jordan and the Gaza Strip.

In the West Bank and Gaza Strip specifically, Palestinian refugees face inhumane conditions of disease, a lack of education and difficulty in accessing water and food. Malnutrition is a major concern in Gaza. In 2019, 56% of Palestinians there were food insecure. Child stunting has also increased in Gaza refugee camps from 8.2% in 1996 to 13.2% in 2017.

Accessing health care for Palestinian refugees is difficult. In many situations, medical supplies are not available, and those who cannot access health care in the camps are often unable to seek treatment outside of them because of high costs.

Palestinian children also have trouble accessing education. While the UNRWA provides education aid to around 500,000 children, the conditions are often poor and drop-out rates high. Children who can go to school must sit in overcrowded classrooms with limited learning time on foundational subjects. Extracurriculars and education for those who are disabled are unsupported because of the lack of teachers and educators.

About 1.5 million refugees live in the Gaza Strip, almost twice as many as in the West Bank. Jonathan Graubart, a professor at San Diego State University who specializes in Israel-Palestine relations and international law, told The Borgen Project: “It’s been very devastating to the Palestinians in Gaza. Israelis took out the source of the power. There are record heat waves, so there are health issues. Wastewater treatment has deteriorated.” “Conditions are worse,” he said. “Briefly, there was a relaxation of the strict embargo on the goods in Gaza, but that has been clamped down because of the recent attacks.” This embargo means that those living in the refugee camps cannot access supplies or foreign markets.

Poverty from the Israel-Palestine conflict has only progressed during the COVID-19 pandemic.  In 2021, the poverty rate in Gaza had risen to 59%, up from 43% five years prior, due to poor living conditions and a high unemployment rate. Unemployment in the Gaza Strip was 45% in 2021, and 17% in the West Bank.

Alleviating Poverty from the Israel-Palestine Conflict

The UNRWA has been aiding Palestinians throughout their time at these camps. They have provided a variety of services across 300 areas including medical care, social services and emergency relief across Gaza. While the United States, the UNWRA’s biggest donor, cut funding during the Trump administration, it was resumed in 2021, with around $360 million coming through Congress, the State Department and USAID.

Since 1991, the World Food Programme (WFP) has sent food assistance to non-refugee populations in Palestine to eliminate poverty. It has recently begun to supply greenhouses and farming animals, as well as education for the youth population and people with disabilities so they can get jobs.

The World Health Organization (WHO) advocates for Palestinians and their health care. In 2019, they established surgical and trauma centers and gave enough supplies to treat tens of thousands of people. In 2021, they called for access to medicinal supplies in Gaza during the Hamas-Israel conflict.

Poverty from the Israel-Palestine conflict is a major concern among the Palestinians in refugee camps and Palestine proper. Many can’t access food, health care or education, and have to live in inhumane conditions. Aid is helping vulnerable populations, but there is still a lot of work to be done to eradicate and prevent further poverty in these areas.