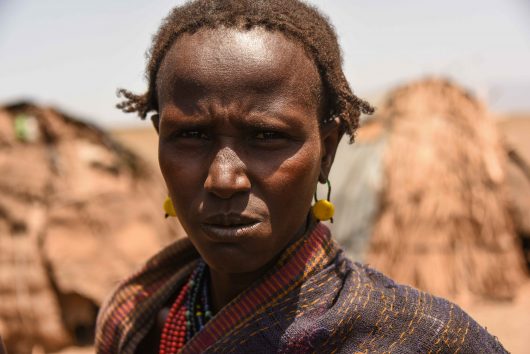 In the current climate of American culture, one has most likely heard or participated in a discussion about consent; but, in many nations and cultures, having a conversation about sexual consent can be quite foreign.

Rape and sexual assault are pervasive parts of all societies. Currently, about 120 million girls worldwide, or roughly 1 in 10 of the women on Earth, have experienced forced intercourse or other forced sexual acts in their lives.

Contrary to many popular beliefs which imagine the perpetrators of these crimes to be strangers, it is most common that the person who commits sexual violence against girls and women are current or former boyfriends, partners or husbands.

Often women who suffer sexual violence at the hands of intimate partners do not consider these acts to be crimes. It can simply be seen as innate to such partnerships due to the cultural normalization of sexual violence. In 37 countries, perpetrators of rape are exempt from prosecution if they are married or subsequently marry their victim.

The historical power inequity between men and women has shown long-standing connections to sex. Interpersonal violence against a weaker partner is widespread and systematic, but sexual violence is rarely discussed within professional or familial relationships. Such silence occurs due to shame from the social stigmas attached to victims and widespread inexperience in conversing on such difficult and painful topics.

Global conversations on consent are amazing ways to lift the burden on survivors and victims of sexual assault and rape. In many countries with available data, less than 40 percent of women who experience physical or sexual violence seek help.

In so many instances, victims internalize these assaults through culturally induced practices of self-blame. Opening platforms where survivors have room to share their narratives is a paramount aspect in the struggle to end violence against women.

An incredible example in the fight to begin global conversations on consent can be found in the education programs provided by the non-profit, No Means No Worldwide in Kenya and Malawi.

No Means No Worldwide is training instructors in high-risk environments to teach a rape prevention curriculum to girls and boys aged 10-20 in both schools and clubs.

Education has major links to the perpetration and susceptibility to violence in both men and women. No Means No Worldwide’s curriculum empowers both girls and boys to create cultures of mutual respect. Girls are taught to identify risk and that they have the choice to say “no.”

If that “no” is not respected, girls and women can also learn physical skills to defend themselves. Boys learn to challenge their perceptions by questioning rape myths. Boys are also taught to ask for consent and to intervene if they expect or witness predatory behavior.

Fifty percent of girls stopped a rapist within the first year after training, and there was a 73 percent success rate of boys who intervened to prevent an assault.

Poverty and sexual assault are experiences that are inextricably intertwined; the existence of each fuel the other and back again. People living in poverty and lacking in economic power and resources are at greater risk for sexual violence. In a world where women continue to be economically dependent, less educated and poorer than men, their sexual dignity and human rights are eternally at risk.

Rape is preventable, but first, we need to admit that sexual assault is happening. Global conversations on consent are one step in the road to ending violence against women — so start talking.