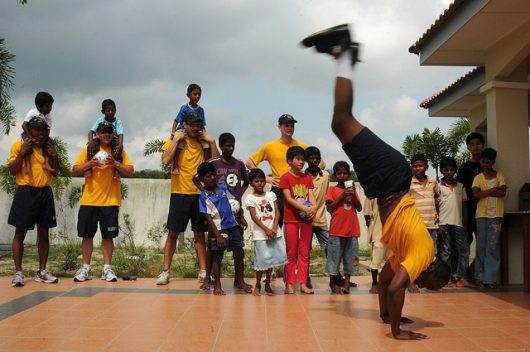 Health is wealth. There is nothing more valuable than good health, but it can sometimes come at a high cost. In today’s world, without money, it is almost impossible to maintain a healthy body or mental state.

According to UNICEF, 22,000 children per year die due to living in poverty. This is because living in poverty means living without the basic essentials. A lack of clean water, shelter and food eventually takes a toll on one’s mental and physical health, which can be fatal.

People living in poverty usually lack access to medical care facilities with professional doctors. Prenatal care and nutrition are unavailable to mothers during pregnancy; therefore, children can’t reach their full potential because they don’t have the proper care against diseases, infections or malnutrition.

According to Do Something, nearly 2,300 people around the world die every day from diarrhea caused by a lack of clean water, sanitation and hygiene. In 2011, more than 165 million children under the age of five were stunted from malnutrition.

Living conditions are also a factor in how poverty affects health. Poor living conditions lead to the development and spreading of diseases. The World Health Organization states that nearly two million people in developing countries die from common health issues, including respiratory and cardiovascular diseases caused by air pollution as well as from illnesses caused by extreme temperatures. Without proper shelters, people become susceptible to such illnesses and diseases, which they are unable to seek professional medical care for.

Poverty also affects health because it forces one to work harder, which creates more stress. Someone living in poverty may have to work multiple jobs or risk working jobs that aren’t safe. To make matters worse, these jobs often only pay enough to afford substandard housing in dangerous neighborhoods where crime rates are higher.

Good mental health is essential because it controls everyday life tasks, and a lack of good mental health can eventually takes a toll on physical health. The National Survey of Drug Use and Health (NSDUH) reported, of the 9.8 million adults in the U.S. suffering from a serious mental illness, 2.5 million live below the poverty line. In addition, The McSilver Institute reported a that the possibility of food insecurity was increased by 50 to 80 percent in households where the mother has depression.

Adults are not the only ones that are affected by poverty. Children living in poverty experience high levels of stress and anxiety just like adults. Psychology Today states that children facing poverty have to deal with the stress of living in dangerous neighborhoods and are more likely to be bullied. They will also change homes twice as much and get evicted five times as much as the average American. A child is supposed to be enjoying his or her childhood with friends instead of worrying about tough situations caused by poverty.

People living in poverty often pay the price of serious health issues since they rarely have enough resources to get through the day. In order to reduce poverty, more efforts need to be made to provide necessary care for the mind and the body.