Tag Archive for: Poverty and Inequality in Kibera 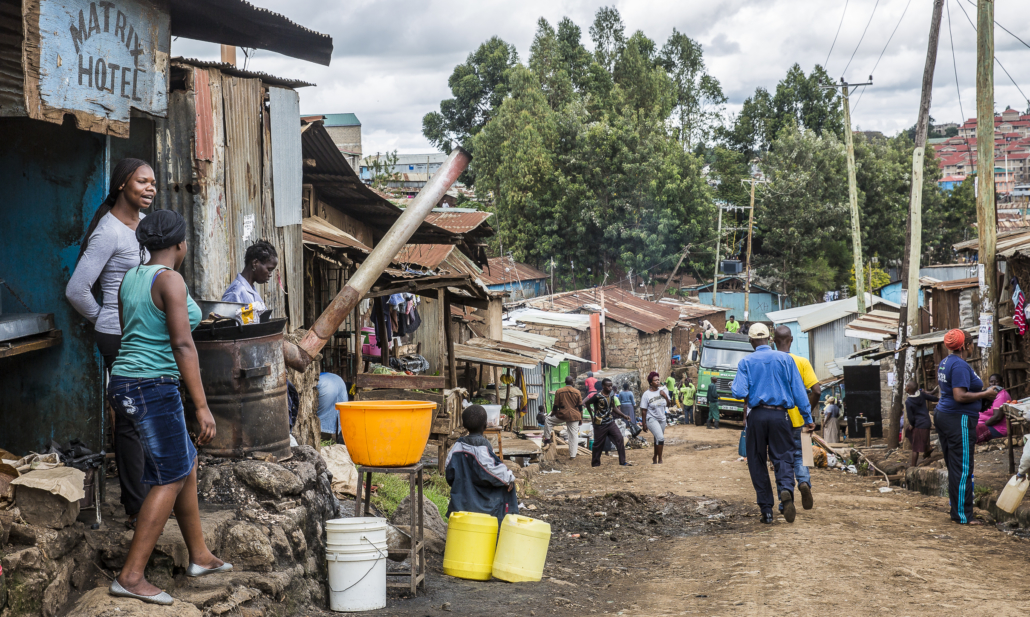 Kibera is an informal settlement, or slum, in Nairobi, Kenya — the largest slum on the African continent. Rampant poverty in the Kibera slum is the source of numerous grievances and foundational inadequacies. Factors such as gender discrimination, crime, widespread unemployment and inaccessible electricity feed the continuation of poor conditions in the Kibera slum.

Slums in developing countries are narrowly defined as areas of “overcrowding, poor and informal housing, inadequate access to safe water and sanitation and insecurity of tenure.” A growing proportion of the population born into overcrowded impoverished conditions curbs movement toward a healthy economic foundation. Increasing inequality and the lack of infrastructure in the Kibera slum foster a poor quality of life.

Poverty in Developing Countries Impacts the US

A remote and unattainable outlook prevents action from the international community. Distance between continents widens the rich-poor gap between the United States and low-income countries. Developed countries may view urban poverty in developing nations as out of their reach. Domestic issues almost always take precedence over worldwide injustices, with foreign aid accounting for less than 1% of the U.S. federal budget. Contrary to popular belief, Kibera’s poverty impacts the U.S. — impoverished countries are unable to afford U.S. goods and products. By investing in the development of lower-income countries, the U.S. can expand its markets and further grow the U.S. economy.

USAID has created numerous programs with tangible courses of action and projects that are currently underway. In 2022, USAID and the Government of Kenya (GOK) signed a five-year agreement to bolster education and employment opportunities for Kenya’s youth. The ultimate goal is “preparing a new generation of young African leaders with the skills and mindset to transform the region and the continent.”

The agreement discusses commitments to improve “education, youth workforce development and youth leadership programming” with a special focus on marginalized girls. USAID says “the GOK has committed to co-finance at least 15% of the total joint investments in education and youth development priorities in Kenya and East Africa.”

Poor conditions in the Kibera slum make it difficult to revitalize the economy and move closer to equality. For instance, low socioeconomic standards and an insufficient justice system elevate vulnerability to crime and marginalization. Even though those living in preferable living conditions outside of slums may feel removed from the problem, everyone’s perception and actions have an impact. Inequitable resource distribution pertains to every socioeconomic group in an unprecedentedly globalized world.