Tag Archive for: Poverty and Environmentalism in Costa Rica 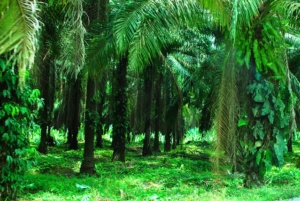 While Costa Rica is a country filled with natural beauty and vibrant culture, the small Central American nation is not immune to poverty and other issues that involve human rights and living conditions. Approximately 21 percent of the population lives below the poverty line and Costa Rica continues to be a source and destination for human trafficking and forced labor. Costa Rica is currently classified as a Tier 2 Watchlist country according to the U.S. State Department’s Trafficking in Persons Report, meaning that its government does not fully comply with anti-trafficking regulations and NGOs complete more progressive work than the government itself. That said, the government has taken an alternative approach by attempting to combine the issues of poverty and environmentalism in Costa Rica, one that it hopes will assist in both the conservation of Costa Rica’s rich ecosystems while simultaneously reducing its poverty levels.

Costa Rica’s government has made a concerted effort to combat its poverty and modernize its economy without harming its most important resource: its vibrant environment. From instituting cleaner industrial and agricultural practices to creating more jobs by embracing its growing tourism industry, Costa Rica has eclipsed the impoverished fate of its Central American neighbors and will continue to develop into an efficient and comfortable society.

Costa Rica has implemented programs that aim to benefit the economy, the environment and the nation’s individuals and families. For example, the government has instituted a system centered around payments for environmental services (PES) that incentivizes greener practices for industries like agriculture in exchange for payments from the government. PES works especially well for farmers and other landowners because it gives them the opportunity to receive financial rewards for assisting or maintaining environmental services that benefit other Costa Ricans and the environment.

Most of the advantages come in the form of tax compensation and write-offs, which helps poorer farmers by decreasing their tax burdens. The system’s environmental impact has been large too, as nearly one million hectares of forested Costa Rican land has been a part of PES since its start in 1997. This means that more Costa Rican land and wildlife are receiving protection, thus also allowing for agriculture and tourism industries to thrive and provide job opportunities for Costa Ricans.

Another way in which the Costa Rican government has aimed to combat poverty while simultaneously helping the environment is through the encouragement of the formation of more agricultural cooperatives. From coffee beans to pineapples, Costa Rican farmers are continuing to form more organized cooperatives to ensure that they see a more bountiful financial return on the production of their respective crops. For instance, a cooperative called CoopeTarrazú has grown to over 400 coffee farmers, all of whom process and market their crops as part of the cooperative. Cooperatives like these not only give farmers the opportunity to make more money, but they also become valuable consultation resources for the government and NGOs interested in implementing any sort of programs involving crops like coffee.

Aside from specific initiatives and organizations, Costa Rica has also been investing in its ecotourism industry as one of the country’s biggest assets. Many people from around the world travel to Costa Rica to take in the nation’s natural beauty and diverse wildlife, so the government knows that increasing the quality of its tourist attractions and facilities will allow it to attract and take in more tourists. This creates a positive cycle that creates many jobs (such as tour guides), keeps tourists coming to the country and maintains protection of the environment. The government began efforts to protect the environment in the 1990s, and since then, it has instituted many laws and regulations that protect this asset. In fact, Costa Rica outlawed hunting for sport in 2012, a move that protects the balance of the ecosystem, forests and fertile farmland.

Protection for the Future

Like many other countries, Costa Rica experiences an urban-rural poverty divide. Approximately 30 percent of rural homes fall below the poverty line compared to more than 19 percent of urban homes. That said, Costa Rica has made progress in terms of combatting rural poverty while also pushing and incentivizing greener practices for poorer farmers and landowners. Though many issues require solving, the government has clearly found an effective way to address both poverty and environmentalism in Costa Rica at the same time, thus creating a sustainable economic climate with more opportunities for farmers and rural landowners to emerge from poverty.