Tag Archive for: Poverty And Crime 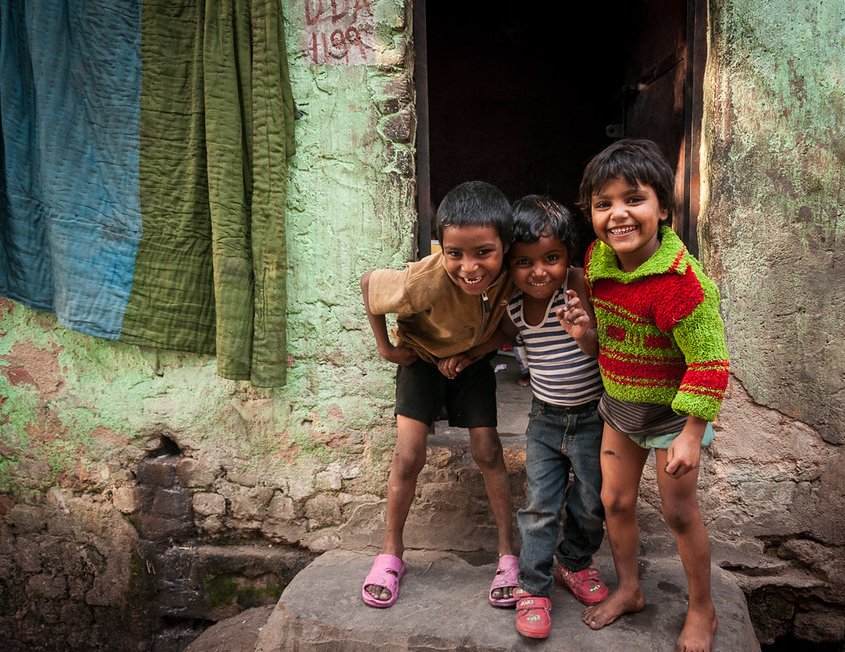 For years, India has struggled with high rates of extreme poverty, as well as mass amounts of corruption within its economy and government. This has created a cause and effect cycle of poverty: creating easy access for corruption while corruption in government preventing a significant change in poverty. As a result, there has been very little change in the socioeconomic standing of many Indians, and foreign aid may seem like a futile attempt to rectify an impossible situation. However, foreign aid is critical to fighting poverty and corruption in India. And investments from the United States will have a promising profound effect on both countries.

Corruption and Poverty in India

In 2019, one in two Indians reported taking or paying a bribe, which was a 10% decrease from previous years. These bribes took all forms and appeared in many aspects of everyday life for Indians, from property registration, the police force, a tax department to municipal corporations. Furthermore, corruption can be found within the highest levels of government, and in legislation in particular. More than half of India’s public officials have received bribes, or acted upon another form of corruption, creating significant inconsistencies and ineffectiveness from the bureaucracy. Most recently, in 2019, the Corruption Perception Index gave India a score of 41 out of 100, suggesting corruption still has a significant presence throughout the country.

While the corruption within the government and economy is an issue on its own, its repercussions go far beyond an internally broken system. India has one of the highest rates of extreme poverty in the world, with one-third of its population considered poor by standards that they live on approximately $3.20 per day. Despite decreasing rates, about 50 million people still live in extreme poverty in India. With so many people resorting to living on the streets or in slums, the poor living conditions lead to disease outbreaks, high infant mortality rates and, ultimately, corruption.

The Connection Between Corruption and Poverty

Corruption and poverty in India work off of each other. Poverty creates desperate situations, leaving people with very few economic alternatives to make ends meet, whether it be food or housing, among other essential needs. Consequently, these vulnerable groups become easily exposed to exploitation. However, corruption not only thrives off of poverty, but it also worsens the situation. Internal government officials, among other community members, tend to pass money around for ranks, rather than focusing on creating effective legislation to change the poverty crisis.

As a result, the government struggles to end the continual cycle of corruption and poverty in India, and cracking down on corruption can have massive repercussions for its citizens. For example, in 2016, in an effort to reduce corruption, Prime Minister Narendra Modi discontinued the 500 and 1,000 rupees. This action began to fix stockpiling, a technique that the upper-class used to avoid paying taxes. The discontinuation voided cash hoarded overnight. And, as a result, many low-income workers had their salaries cut in half, especially those in the transportation industry.

In order to access the new forms of money, many had to go to the ATM or banks to acquire it, despite many ATMs being broken or overcrowded. Without the rich carrying around cash to pay people, such as drivers, in addition to unequal access to ATMs, there was no pay for people working already low-paying jobs. During that year, 97% of Indians didn’t make enough annual salary to qualify to pay income tax, a price of around 250,000 rupees, or $3,650.

The Importance and Benefits of American Foreign Aid

For many Americans, corruption and poverty in India may seem like the exact reason why the United States should not be investing its money in foreign aid, especially to India. However, the solution is contrary to what many may believe. Multiple studies have shown that corruption with foreign aid is an insignificant problem, compared to the solutions it provides, such as access to clean water and vaccinations. Besides the humanitarian solutions, investment in India has significant returns for the United States. With a continually growing economy, India is set to become the third-largest consumer market by 2025. In turn, this will have a significant, positive impact on the United States’ economy. Continuing to invest in India means that more and more people will not only be in the market but will be able to afford American exports, therefore improving the corruption and poverty rates of India, as well as increasing American jobs and the economy as a whole. 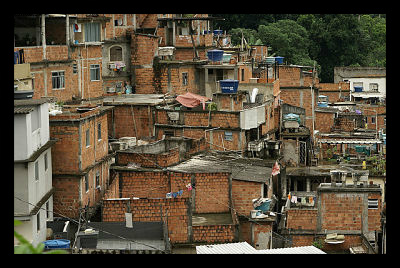 Crime is problematic because it counteracts the purpose of microenterprise when introduced to a poverty ridden area. Crime is considered to be a major hindrance to a country’s development according to the United Nations. Therefore, crime needs to be addressed in order to have a lasting effect on increasing any country’s well being.

One problem that impoverished individuals face is the inability to secure resources and develop extended networks to increase their potential for opportunities. One in four children are in a family that is on welfare. It affects not only macro but microeconomic levels, thus nurturing instability.

Neighborhoods have characteristics that affect their inhabitants; crime and health problems alike have been linked to these characteristics. Studies have shown that increased collaboration and shared beliefs in these areas allow for more results to counter the negative effects of poverty.

Neighborhoods with concentrated poverty isolate their residents from the resources and networks they need to reach their potential and deprive the larger community of the neighborhood’s human capital. Unemployment is a contributing factor, as is education. A correlation has been found between less education and an increase in crime. There is also a correlation between poverty, violence and drug use as poverty increases the effects of violence and increases illegal drug use.

Crime and poverty occur in geographically concentrated areas. There is a high correlation between where crime occurs and poverty stricken areas. Various crimes occur in these areas, but violent crimes occur at a much higher rate compared to more prosperous communities.

Community policing is a method that has been successful in the past, alleviating crime issues. A stabilized community provides results that demonstrate that crime can decrease in poverty stricken areas.

The areas where poverty and crime are concentrated need safe microenterprise opportunities that have the potential to be fruitful, without worry for macro and microeconomic consequences due to crime.

“Poverty is the parent of crime,” wrote Aristotle. The philosopher’s words have echoed for thousands of years and it is hard to deny that the two are not intrinsically linked. But recent studies have ripped the statement into an open debate and the genealogy has been brought into question.

The most pertinent study was conducted in 2011, after the height of conflicts in Afghanistan and Congo, while violence was on the rise in countries like Côte D’Ivoire and Libya. But the World Bank’s flagship publication, World Development Report, argued that violence is in fact the primary cause of poverty.

The two African nations Burundi and Burkino Faso are used as anecdotal reference that supports the raw data. The two had similar growth rates prior to 1990, when Burundi erupted into civil war. Now, Burkino Faso is 250 percent wealthier.

The research indicates that poor African countries are not in a “poverty trap” so much as they are in a violence trap. A poverty trap suggests that workmen, like farmers, are hesitant to take care of their crops because the insufficient infrastructure means the roads are unable to support large cargo. In theory, wealthier countries can help by pumping aid to build such a road.

While such construction is noble and beneficial to all involved parties, it is only the first step in creating orderly society. Even with roads and a lack of faith in the government, rebel stop and seizures and organized crime will make the farmer all the more hesitant to take the road even when it is there.

Still, data also backs the notion that these countries are violent because they are poor, as well. The World Bank report asked why young people joined gangs and rebel movements. Around 40 percent said unemployment was the primary factor.

What this means, generally, is that in addition to aid that prevents the poverty trap, violence is an issue that needs to be addressed. The Millennium Development Goals, for example, have not been reached by any violent country. And the fact that the MDGs do not address justice and security demonstrates that further steps that are necessary.

One tested manner of reducing violence is restoring faith in government. Ghana’s peace deal in 2003 and Nigeria’s credible cabinet appointments of recent years launched periods of relative peace. It is not enough that the people believe elected officials are not corrupt: the officials must also deliver results. New jobs must be created quickly.

Reports such as these show that while reaching MDGs is important, aid must be refocused and have a human aspect if they want to be more successful.