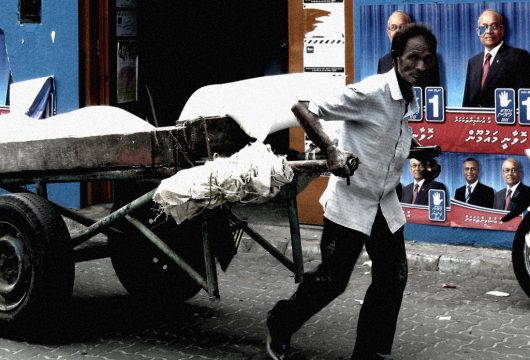 The Maldives is located in the Indian Ocean. The country is comprised of 26 ring-shaped atolls, which are made up of about 1,190 islands — 198 are inhabited. The tropical country is known for its beautiful beaches, lagoons and reefs and is largely economically driven by tourism. The country has also become known in recent years for its rapid economic advancement to a middle-income country. A dedication to poverty alleviation in the Maldives has come hand-in-hand with its growing economy.

In the 1980s, Maldives was one of the 20 poorest countries in the world. The leaders of the country dedicated funding and resources to creating a nationwide transportation system, affordable living and housing costs, quality universal health care and the prevention of narcotics abuse and trafficking.

Maldives capital city, Male, has been one of the most densely populated cities in the world for many years. The transportation system and diversifying economy has taken some pressure off of the capital to sustain the majority of economic activities.

The Maldives have also demonstrated a commitment to democracy and fairness in politics. Multi-party democracy was implemented for the first time in 2005 and in 2008, a new constitution embodying democratic principles was ratified. This was quickly followed by the country’s first free elections. The new democratic movement in the Maldives has guaranteed separation of powers and election of a new Parliament, president and an independent judiciary.

Both tourism and the fishing industry have boosted the Maldives economy and provided steady jobs and incomes for thousands of citizens.

According to the World Bank, the number of people living below the poverty line shrunk from 23 percent in 2002 to 15.7 percent in 2009. The life expectancy of the average Maldivian also increased by 20 years between 1977 and 1995. Although the growth rate has slowed slightly in recent years due to things like the 2004 tsunami and the ups and downs of the global economy, it is expected to pick back up again before 2017.

The average GDP growth rate for the Maldives was close to six percent between 2000 and 2009, making it one of the highest in all of Asia. It has rapidly advanced to a middle-income country and due to this, has been able to make tangible progress in reaching the Millennium Development Goals.

Despite the impressive advancements made by the Maldives in recent years, the country still faces several challenges on its way to prosperity. Rising sea levels and climate change are a huge threat to the nation, as 80 percent of the land area of its islands is less than one meter about sea level. The new constitution outlines the protection of the environment as a key human right, and tourism outlets and fisheries have begun to develop eco-friendly policies.

Economic growth and poverty alleviation in the Maldives has allowed it to become one of the fastest developing nations in South Asia.