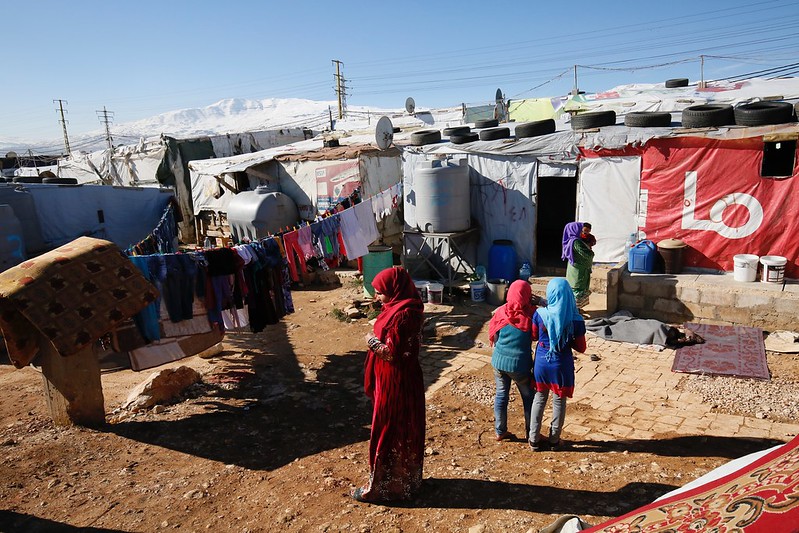 In recent years, there has been a multitude of technological innovations implemented in low-to-middle income countries (LMICS) to alleviate poverty and enhance health outcomes. However, mental health, and specifically maternal mental health, has been largely unaddressed. Postpartum depression (PPD) is one of the most common complications of childbearing and disproportionately affects women in LMICs. In Jordan, postpartum depression affects approximately 22% of women. Furthermore, the rate of mothers experiencing mild PPD is even higher, affecting 1 in 2 women. With its flourishing influence, social media has the ability to facilitate psychological support and health education. Popular online platforms present a key opportunity to support Jordanian mothers’ experiences with PPD.

Social Media As A Promising Tool for Public Health

Agencies and relief programs have struggled to identify and develop effective intervention programs for risk factors associated with mental illness. Social media is increasingly used in Jordan, and its influence continues to rise. According to a Pew Research Center study on social media use in developing countries, 8 out of 10 Jordanian adults report using social networking sites- meaning that of the 8 people who use the internet, 94% are active on social media. These rates are higher than among even adults in the US, where only 69% use social networks.

One of the most predominant risk factors for PPD among Jordanian mothers is the lack of social support due to stigma. Social media is uniquely poised to provide social support and reduce feelings of isolation in post-partum mothers. This presents a key opportunity to alleviate the prevalence of postpartum depression in Jordan.

With the large presence of social media in Jordan, pursuing social media for mental health surveillance, research and prevention can be very efficacious. Recent innovative research has revealed social networking sites as a promising tool for public health. Using networking platforms and monitoring posts, postpartum changes and behaviors of mothers have been identified. Other noted uses include dimensions of emotion, social engagement, social network and linguistics patterns.

Observing and engaging mothers’ presence on social media presents an opportunity to use social media to identify women at risk of postpartum depression, which is significantly underreported among many populations. A survey study has shown that the adoption of social media sites can help postpartum women in developing countries to feel more secure and confident while seeking advice and information related to mental health struggles. Additionally, a California State University study revealed the positive impact on individuals that experience postpartum depression, finding that most participants reported social media offered emotional, informative and validating support.

On the ground, organizations are making strides to relieve the prevalence of PPD in Jordan through social media. Via online platforms, Jordanian mothers can open up about their experiences. Mariella Suleiman is part of Postpartum Support International (PSI) – Jordan, an organization that provides resources, education and advocacy for research and legislation to support perinatal mental health. Recently, she spoke with the Borgen Project. She said, “Sometimes they [women] just don’t know what’s going on. Understanding what is happening [expiriencing PPD symptoms] and that that can be normal, is already a big relief.”d

PSI Jordan’s social media accounts are an easily accessible and effective way to distribute information. These accounts provide reliable services. Additionally, they offer a sense of support for mothers who may be fearful of opening up to close family or friends. Along with a team of volunteers and a local psychologist, Mariella leads support groups. There, they provide new mothers with a safe, non-judgemental space for them to open up about their mental health struggles. As PSI-Coordinator of Jordan, she started a Facebook and Instagram page and posts awareness videos. Moreover, she collaborates with local “mom bloggers” and celebrities to raise awareness of PPD and connect with mothers.

Mariella discussed the stigma surrounding maternal mental illness and postpartum depression in Jordan and the challenges of finding support with little existing access to therapy. This highlights the importance of support groups and facilitating dialogue for women to open up without fear of discrimination.

During COVID-19, feelings of loneliness and isolation are at their peak for mothers struggling with PPD and anxiety. However, PSI Jordan continues to shine a light on this issue and support these mothers via online video platforms. Mothers can attend every Saturday, and they discuss topics related to mental health and parenting while supporting each other. They continue to receive very positive feedback from the women involved. Mariella and PSI Jordan gave women the ability to organize themselves into a network that educates women about leaning on, supporting and empowering themselves and each other.

When describing the positive impact of support groups, Mariella stated, “Just knowing that there are other moms there and then just listening to each other- it makes a big difference.” Social networking sites such as Facebook and Instagram can complement the work of organizations. By using online community support groups to connect, mothers experiencing PPD can provide each other with support systems. Providing access to support groups through social media is a key approach that can help struggling mothers around the world.