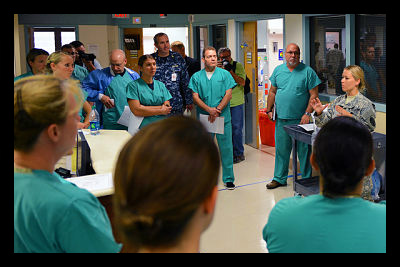 The stigma of having contracted the Ebola virus has created public health and development issues for regions most deeply stricken by the virus. Doctors and patients alike who fought the virus have now become public educators to doubly continue the fight against Ebola and the accompanying stigma.

In the media, those who contracted Ebola have been portrayed as guilty of the disease, as if it were their decision. Guilt and blame have surrounded the mass fear of Ebola.

It takes an immense amount of strength to survive Ebola and to move back into a life that has drastically changed. For some survivors, this means returning to an empty home or even discovering that they are homeless. The stigma of surviving Ebola comes at a cost. This cost is termed “Post-Ebola Syndrome.” This syndrome is the mental and physical effect of surviving the disease and returning to society. In many cases, this has developed into Post-Traumatic Stress Disorder.

Some survivors have been removed from their homes because of the fear that they are not fully cleared of the virus. Certificates are issued to patients in clinics and hospitals who survive the disease, but these certificates are not enough for some fearful community members. There have been reports where those who are known to have contracted Ebola have been removed from buses. Also, communities have ostracized health workers who treat Ebola victims.

Doctors and patients who survive play a critical role in treatment, clinical assistance and public awareness. Survivors are able to provide their antibodies to help other patients fight the disease. Also, doctors who return to the field are able to provide their insight on treating the disease. Doctors and patients alike show to the public and other patients that while Ebola is deadly, it is not a guaranteed death sentence. Survivors represent the importance of seeking clinical treatment and monitoring.

In order to fight the stigma, some medical organizations, such as Doctors Without Borders, accompany survivors when they return home. Doctors Without Borders volunteers educate the community on Ebola and explain that those who survive have a very low chance of transmitting the disease to others. They answer any questions that the community has in hopes of encouraging others to spread awareness and accept members of their community. In addition, a Doctors Without Borders treatment center in Monrovia, Liberia, is run by seven doctors who all once had Ebola. This makes patients hopeful for themselves and encourages a greater understanding of the disease.

The Ebola virus cases have significantly decreased from 600 weekly cases in November, to 30 weekly cases in April. While even one case is a critical concern, public efforts to re-integrate those formerly living with the disease are also important for communities.