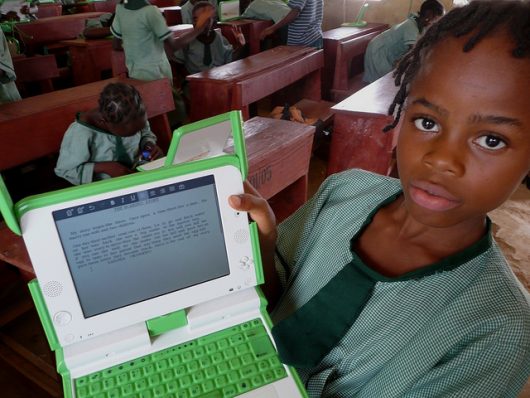 In today’s world, laptops are often taken for granted. To the members of farming cooperatives in Rwanda however, they are vital tools that are helping them better manage their business.

According to the National Cooperatives Confederation of Rwanda (NCCR), there are about 7,500 cooperatives in the country with a total of three million members as of 2016.

Despite their small scale, cooperatives have produced some successes. Smallholder farmers in Muko sector, located in the northern Rwandan district of Musanze, are one example.

A few years ago, with the help of ActionAid Rwanda and Faith Victory Association, individual farmers, and households that were working separately, came together to form cooperatives and savings groups.

Now, farmers in the district reported that they have tighter, improved food security. A maize milling factory, which cost 35 million Rwandan francs (Rwf) of NGO money to build and churns out 1.2 metric tons of maize flour each day, has generated a total profit of Rwf3.2 million, or about $4,000, for the cooperatives in the sector. Moreover, the savings groups have allowed families to construct houses and single mothers to pay for their children’s education.

Cooperatives demonstrate enormous poverty-reduction potential, but many suffer from mismanagement and a lack of engagement from members, who only contact managers occasionally.

According to Médiatrice Kibukayire, the head of a Kacyiru, Gasabo District-based ceramics cooperative, the problem is that everything is done by pen and paper. Among other things, this makes it harder for cooperatives to keep track of financial records and reach out to members for their input.

Indeed, in 2014, Augustin Katabarwa, the Chairman of the NCCR, stated that the biggest challenge facing cooperatives is gaps in technology.

This is why Africa Smart Initiative-Distribution (ASI-D) launched a new project called SMART Cooperative on June 14, 2016.

The initiative will enable laptops to be made locally in the Rwandan capital of Kigali by Positivo-BGH, a Latin American multinational tech company, and distributed to cooperatives in Rwanda.

According to Alleluya Iradukunda, ASI-D’s Chief Technology Officer, the software that comes with the devices will help managers coordinate with members, create websites to market their products and streamline their operations.

The initiative is not without difficulties, among which are equipment costs. While the base price of the laptop is Rwf230,000 (around $295) this rises to Rwf530,000 if a solar kit and an internet connection need to be installed. More IT education and training are also required to equip managers with the skills needed to run their cooperatives with the new software.

These problems, however, do not discount the benefits of improved technology for cooperatives in Rwanda. More initiatives like SMART Cooperative can help reduce the digital divide within the country and alleviate poverty in the process.