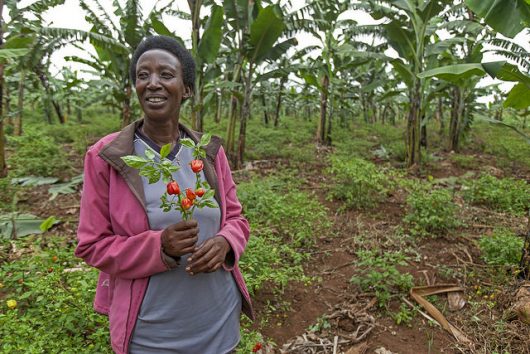 According to the World Bank, more than 2.5 billion people do not have a bank account and many of those people make up the world’s poor. So, it should not be surprising that just within the past decade, microfinance has become an increasingly popular form of business in many countries. Microfinance, or micro-lending, essentially refers to lending small amounts to individuals who do not have access to typical financial institutions.

Because this service goes to low-income individuals, it is popular among many nonprofits and private businesses to help people start enterprises around the world. Many microfinance institutions lend to women, young people and others who have been historically kept out of finance.

One organization, in particular, strives to alleviate poverty by empowering marginalized populations.

Since its founding in 1988, Positive Planet has set out to provide microloans to women who want to start their own businesses. The nonprofit aims to provide the chance to start a viable, sustainable business to women without resources. The organization also follows some of the intuition behind the Sustainable Development Goals, especially the goals of gender equality, decent work and economic growth.

The organization, based in France, manages projects through different locations that provide assistance to people in different countries. Positive Planet’s reach extends all over the world to 35 countries. Its projects span from helping refugee businesses in the Middle East to inspiring young people in West Africa.

Since its beginning, the organization has touched more than 40,000 people through nearly 40 projects. Just one of these projects helps microfinance groups provide women with financial education. The project aimed to help further develop the infrastructure in place for microfinance in China and also support women’s finance training. Through a partnership with Diageo and the Huimin Microcredit Company, the project was able to directly impact more than 7,000 people.

Another project assisted low-income women in Brazil with entering the labor market and learning the basics of entrepreneurship. The program attempted to benefit vulnerable women through individual support. By partnering with Gerando Vida, a local NGO, the program was able to directly impact the women and their families.

By helping vulnerable women around the world, this organization takes a staunch position against global poverty. This organization and its results demonstrate the importance of empowering women entrepreneurs.