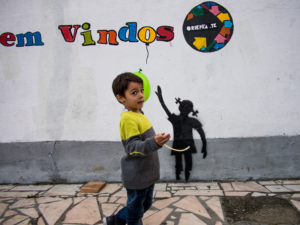 History of Free Childcare in Portugal

Free childcare in Portugal was previously available only to low-income citizens but has now been extended to all children, regardless of income. Not many other European countries offer free childcare to all citizens, regardless of income, making it a revolutionary step forward. This measure was introduced to increase the birth rate in Portugal, which is currently one of the lowest in the world. In addition to free childcare, the Portuguese government will be providing free textbooks and free computers to support eligible families.

People often disregard childcare when discussing the causes of poverty for families. The costs that childcare imposed are significant expenses for low-income families and parents. In the EU, childcare is very popular with an average of one-third of children under the age of three participating in childhood education or childcare per country. For three-to-five-year-olds, the number rises to almost 90%.

Despite its necessity, childcare is extremely costly. According to data collected in 2019, gross childcare expenses in Portugal were almost 40% of a woman’s median income. Although childcare allows parents to work a full-time job – especially single parents – it also makes it difficult for families to crawl out of poverty. Moreover, it also continues a cycle of generational poverty that puts children at a higher risk of food insecurity, lack of access to good schools, and more.

It is because of this that free childcare in Portugal is such a significant act in the country’s fight against poverty. As Ana Mendes Godinho, Portugal’s Minister of Labor, says, free nurseries can “be lifesavers for many children, allowing them from the beginning to be part of a collective system that integrates them, namely fighting child poverty and cutting intergenerational cycles.”

Research has suggested that early childhood education for low-income children carries future wage benefits and health benefits. It also boosts family income and promotes the well-being of the child. Childcare also has numerous benefits for parents, as it makes it easier for parents to find employment. Additional research has shown that families with access to affordable childcare have a higher rate of maternal employment, which could help lower the gender pay gap between husbands and wives.

The new measure to increase the accessibility of free childcare in Portugal will not only relieve a burden for many families but partake in the fight against intergenerational poverty.