In the past decade, Ethiopia has opened its doors to foreign investment. Fashion retailer H&M and Walmart already have factories there, or plan to build them. There are also proposals to build the Grand Ethiopian Renaissance Dam, which will be a source of hydropower and accelerate agriculture development.

For Africa’s second most populous country, this will spur an economy that has traditionally been state-led and isolated.

These investments have already had positive impacts beyond their monetary value. Due to financial and economic stability, women are now having fewer children than before. Literacy rates are on the rise, and infant mortality rates have fallen by half.

Just over three years ago, the world’s population crossed the 7 billion mark. By 2100, the United Nations projects that the world population will be roughly 9.1 billion. With distress over resources and a changing climate, overpopulation is a growing concern among world leaders.

While the populations of Europe and North America are beginning to stabilize, Africa is still experiencing accelerated growth. The United Nations cites economic development and the education of woman as solutions to slowing fertility rates.

It has already worked in Ethiopia.

The average number of children women have has fallen from 6.5 to 4.8 in just a decade. In the capital, Addis Ababa, one of the most developed regions in the country, women are now having the replacement level number of children — two.

Although Ethiopia’s fertility rate ensures population growth for the foreseeable future, there remains some hope. Over 64% of Ethiopia’s population is 25-years-old or younger. As this demographic enters an economy catalyzed by foreign investment, continued development will lift many out of poverty, thus slowing the fertility rate even further.

With continued investment, the fertility rate could plummet to 2.5 by 2030.

Ethiopia’s population is well on its way to being sustainable by 2050. International investment works and it is essential if poverty-ridden regions want to experience the success Ethiopia is currently having. 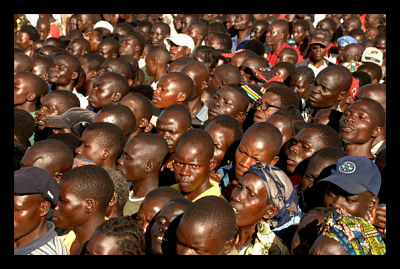 Today the nation of Uganda has a population of 27.7 million and this number continues to increase. According to the Population Research Bureau (PRB) the 27.7 million people will reach 130 million by 2050.  Researchers argue that this high rate of growth will surely keep the nation in financial difficulties. Ugandans already have limited resources and with this projected increase, the country will have to find a way to monitor the nation’s population explosion.

The current state of Uganda is largely due to the government’s lack of intervention and unavailable resources for family planning. PRB has stated that merely 20 percent of married women have available contraception. With such a low percentage it is no surprise that the average amount of children per woman is 6.9. This is an alarming amount considering the global average to be 2.7 children per woman. In fact, several have pointed this issue of high birth rates as being encouraged by Ugandan government officials since President Yoweri Museveni has stated that this population explosion is a “great resource” for Uganda.

This increasing population is also attributed to fertility levels which have escalated since 3 decades ago. The Total Fertility Rate (TFR) has been kept at a high in rural areas compared to urbanized areas. Seeing as Uganda’s Population Report 2013 indicates that 88% of Ugandans live in rural areas, the fertility level is basically high for nearly all Ugandans. According to the Uganda Bureau of Statistics, there has been a markedly low infant mortality rate which coupled with the high fertility rate, has led to this extraordinary population growth.

Most Ugandans living in rural areas face extreme poverty, with poor infrastructure, limited supplies, lack of healthcare and famine in specific areas of the region. Several government officials are concerned whether the current demographic will impede economic growth. Some argue that the large population will begin a transformation, given how countries such as China and India have improved their economies after the pressure of rapid growth. The World Bank argued in a recent report that economic growth in Uganda would rise if fertility rates dropped and households learned to save or invest their money. What is certain is that today’s world population of 6.6 billion is expected to reach 8 billion by 2025 and Uganda will soon find itself having one of the highest populations among China and India.

According to the most recent National Nutrition Survey conducted in Pakistan, approximately 60 percent of the country’s population is facing food insecurity. Of these households, 50 percent of the women and children were found to be malnourished. The growing population in Pakistan poses a significant threat to food security, yet little attention has been devoted to studying the country’s large population numbers and their impact on Pakistan’s development and stability. Perhaps numbers such as these are the reason why more focus is now being placed on the country’s population and its relationship to food security.

According to The Nation, the Population Association of Pakistan (PAP) held its 14th Annual Research Conference on November 20and 21, 2013, during which many problems facing the country were addressed. The theme of the conference was “Pakistan’s Population: New Realities and Challenges for Human Development.”

The country’s food security problems are manifested through the widespread malnutrition experienced by its residents, and these problems were highlighted during the conference by Shahnaz Wazir Ali, President of the Population Association of Pakistan. According to the National Nutrition Survey, stunting (low weight for age), wasting (low weight for age) and micronutrient deficiencies are all major problems in Pakistan.

Another major obstacle in addressing the population problem in Pakistan is poor demographic data. During the conference, Dr. Zeba Sathar, an eminent Pakistani demographer, pointed out that a census has not been conducted in Pakistan since 1998. Although a census has not been conducted in almost a decade, there is information and research evidence that is routinely collected regarding the population. However, this information typically fails to make it into the hands of policy makers.

According to Dr. Sathar, “[w]hat we [Pakistan] need now is that at the federal level, the ministries of planning [and] development and national health services sit together and come up with an overarching, broad and evidence based, strategically focused national population and development policy that outlines guiding principles.”

In response to the information presented at the conference, Minister of State for National Health Services, Regulation and Coordination Saira Afzal Tarar stated it is time to investment in education of Pakistan’s children to meet future challenges, according to the Associated Press of Pakistan. Tarar believes that education and employment are two of the keys to reducing the population in Pakistan. Improvements in these two areas would help reduce the adverse effects on the economy, effects which appear to be related to food security and malnutrition.

Despite the challenges, Pakistan’s leaders are convinced that the country can become a vibrant democracy with a growing economy and a healthy and prosperous population. 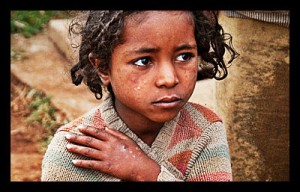