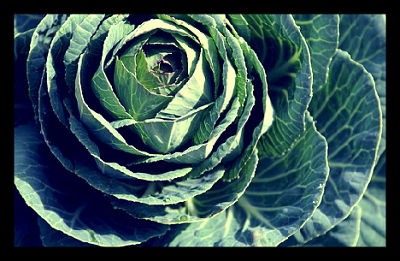 With the world population expected to double by 2050, food security will continue to be an increasingly complicated and important issue. More food will be needed to feed more people and, to preserve vital biodiversity sites, we’ll need to produce this additional food using land already devoted to agriculture. While there are many factors that could improve agricultural efficiency, genetically modified crops hold the most potential. Many scientists now believe that transgenic plants could help prevent or minimize future food shortages.

Transgenic plants are those that possess an inserted portion of DNA either from a different member of their own species or from an entirely different species. The inserted DNA serves some special purpose, such as allowing the plant to produce natural insecticides. Once the genes are transferred, they can be passed on to offspring through simple fertilization, allowing farmers to breed advantageous traits in their plants. Transgenic plants have proven extremely profitable in the developed world, accounting for a 5% to 10% increase in productivity, and reducing the cost of herbicides and insecticides.

Such methods could effectively increase productivity in the developing world, where a surge in food production is sorely needed. Developing countries, especially those in the tropics and subtropics, suffer severe crop losses due to pests, diseases, and poor soil conditions. In addition, a lack of financial capital often prevents farmers from investing in high quality seeds, insecticides, and fertilizers. Poor post-harvest conditions such as inadequate storage facilities and thriving fungi and insect populations also fuel crop loss. Currently, pests destroy over half the world’s crop production. Transgenic plants could provide an innovative solution.

Fortunately, bioengineering solutions can be easily adapted from one species to another, allowing one advancement in plant biotechnology to quickly produce many more. For example, insect-resistant strains of several important plant species have been produced using one specific endotoxin. Commercial production of insect-resistant maize, potato, and cotton has already begun. Plant bioengineers hope to use similar technology to create fruits that ripen more slowly, allowing for longer shelf lives and less post-harvest crop loss.

Although the globe produces enough food for everyone, people everywhere continue to die of starvation. With this unequal distribution in mind, it is imperative that, moving forward, small farmers in the developing world receive the same access to plant biotechnology given to large agribusinesses in the developed world. First-world corporations cannot be granted even more unfair advantages over small landholders in poorer nations, especially as global populations grow and food security becomes ever more scarce and important. As this technology is developed, it is up to us to share it with the developing world in order to minimize severe food shortages in the years to come.