According to the global entrepreneurship GEDI index, for the past 30 years almost half of all new jobs in the United States alone were created by businesses that are less than five years old. Globally, 65 million entrepreneurs each plan to create 20 or more jobs in the next five years.

Many of these start-up businesses offer products that are new to the market, according to a GEM report.

“Part of what we’re trying to do is sort of raise entrepreneurship to the level of the public policy agenda,” said Michael Dell. “If you look at what’s going on in the world today, in terms of where jobs are being created, we need more entrepreneurs. We need more risk-taking. High-risk entrepreneurs and bureaucratic U.N. officials might seem like a strange combination, but applying the problem-solving of a startup culture to global development is the idea.”

Around the world, over 565,000 small businesses start each month, and the products and profit they provide could be key to the recovery of the world economy as they create jobs, more global disposable income and new products. However, only 15 percent of entrepreneurs say that their country’s culture supports entrepreneurs, according to ey.com.

“Technology has enabled undeserved communities to get out of poverty,” said Ruma Bose, an entrepreneur, investor and philanthropist. “In the slums of India we saw a lot of hope and magic, there are thousands of new businesses there, and factories that generate millions in revenue and provide clean water. Even in the worst conditions the entrepreneurial spirit exists.”

Around 63 percent of women in the non-agricultural labor force are self-employed in the informal sector in Africa, a number which is twice the worldwide rate, according to the World Bank’s data — data which also shows that necessity is the main driving force behind female entrepreneurship in poor countries, not opportunity.

“Traditionally women would sit at home and wait for the man to return home with a bag of groceries, but this has been changing over time as women’s dependence gradually reduces,” said Thomas Bwire, an economist with Uganda’s central bank. “In a sign of the times, Ugandan women now even work at road construction sites.”

A report released earlier this year by Goldman Sachs stated that women’s “increased bargaining power has the potential to create a virtuous cycle” as women begin to spend more, thus fueling economic growth in the years ahead. According to the International Finance Corp. of the World Bank, an estimated $300 billion credit gap exists for female-owned businesses.

Other entrepreneurial companies, like Popinjay, have aided the advancement of many people around the world. Popinjay employs around 150 women who work four hours a day and at $3 an hour. “When I started Popinjay, my goal was really to get women to sustain themselves, but what I realized over time is that it wasn’t just about the money,” said Saba Gul, CEO and founder of Popinjay. “It was also about the fact that they gained so much dignity and pride in knowing that they were creating something with their own hands.” 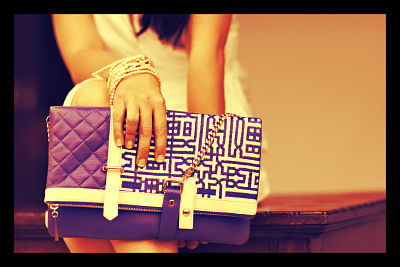 How can a purse prevent poverty anywhere, let alone Pakistan? Good question. The answer is Popinjay, a high class handbag company that employs Pakistani women to embroider their products. The company is committed to providing fair salaries and safe working environments for their Pakistani employees. Their handbags are made with expensive leather and silk that is stitched by hand.

Saba Gul is the founder of Popinjay, formerly known as the non-profit organization BLISS. Gul is Pakistani and attended school at the Massachusetts Institute of Technology before landing a high-paying engineering job. Gul left this job to create Popinjay and simultaneously offer a way out to young female Pakistanis. Popinjay’s founder knew first hand that youths in Pakistan were known to abandon their education in favor of working for whatever wages they could secure.

Gul’s decision to turn BLISS from a non-profit company into a for-profit luxury business was extremely smart both for her and for her employees. Her mission was to make a difference in the lives of Pakistani women; by using economics and business savvy, she has accomplished that more effectively than her non-profit tactics ever have.

Business methods as the solution to poverty is an idea that is gaining more and more momentum in the fight against poverty today. Instead of just giving handouts and donations, people and companies are seeking to use innovative tools and product sales that allow people struggling with poverty to increase their own incomes. Gul researched excel and investor information so she could take meetings with potential donors and shareholders to launch Popinjay in the Pakistani fashion market.

One of Gul’s investors connected her to a high end tannery where she gets the leather for the handbags. Since raising over $200,000 for Popinjay, Gul is now backed by a team of marketers, designers and sales professionals. She is able to give her female Pakistani employees wages two times higher than what they were earning at BLISS and great quality of life through their employment. Gul and Popinjay prove that business ventures can vastly improve the lives of those fighting poverty.

The Popinjay website describes how the fashion brand is a voice in the market for global justice. There is a page on the website specifically dedicated to spreading knowledge of how Popinjay is committed to changing the world for the better through helping their employees. Glamour and fashion aside, it is safe to say that Popinjay does a lot more in the struggle against inequality than an average handbag vendor.