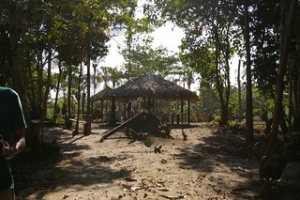 The recent news that Ecuador will be auctioning off more than three million hectares of land in the Amazon jungle to Chinese oil firms has started many conversations about land management in the world’s largest tropical rain forest. Along with the damaging results that oil wells and oil leaks have on the environment in the Amazon jungle, there are also serious consequences for the local inhabitants.

Much of the Amazonian oil rights are owned by Canadian and Argentine oil companies and there is a long history of evicting local indigenous communities in order to drill for oil. With the coming sale of the Ecuadorian jungle property, an NGO named Amazon Watch claims that seven indigenous groups in the region have protested the sale. The groups risk being displaced from their homes as well as having the local environment be destroyed, which would drastically affect their way of life. Neighboring Peru has sold much of its’ Amazonian land rights to oil companies and their indigenous communities have suffered similar injustices.

Today, groups like the Environmental Monitoring Programme, part of the larger Federation of Native Communities of the Corrientes River, investigate reports of oil spills and fractured oil wells in order to record the environmental damage. This data is used to strengthen the claims and protests of local leaders against the oil practices that are so harmful to the delicate ecosystem. The Environmental Monitoring Program to date has discovered 120 oil leaks and, since 2006, more than 9,000 abandoned wells have been recorded. Many of these unused wells contribute to the harmful pollution of the Corrientes and Amazon rivers.

So, as this sale goes through in the near future it is important that the world request stricter oil industry standards in the Amazon in order to protect the environment and the lives of the peoples who live there. 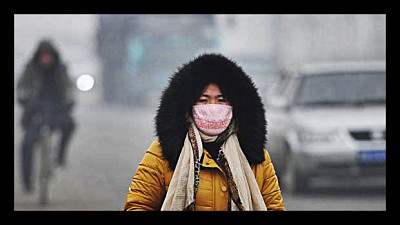 Smog in China is an ongoing issue. China’s ongoing process of industrialization has resulted in extreme amounts of pollution in many of its cities. Because of the national dependence on particularly dirty fossil fuels, millions of citizens wear surgical masks when venturing outside because the air is just too dirty to breathe safely.

Until recently, the problem has been largely confined to China itself. Those afraid of global climate change, however, have been calling attention to the issue for years. Now, smog from China is crossing borders and affecting its Japanese neighbors. This presents another challenge to test Chinese-Japanese already strained relations.

Associate Professor Toshihiko Takemura of Kyushu University, who studies pollution for the University, explained that in Kyushu, “the level of air pollution has been detectable in everyday lives since a few years ago.”

China is notorious for quashing public dissent on sensitive issues like government shortcomings. However, in recent weeks, there have been uncanny amounts of focus put on environmental shortcomings by both state television and party officials.

Hopefully, the new Chinese Premier will work hard to drastically reduce China’s levels of pollution, bettering the health of the country’s citizens while improving relations with China’s estranged neighbor.