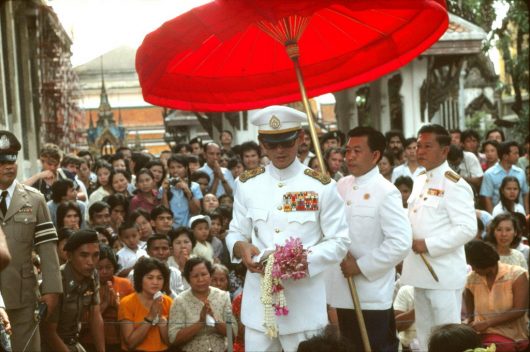 In Bangkok, Thailand, the reign of the world’s longest-serving monarch has come to an end. On Thursday, Oct. 13, King Bhumibol Adulyadej of Thailand was pronounced dead at age 88. The cause of his death was associated with medical complications from a recent surgical procedure. The king reigned over the country for 70 years as it passed through the Cold War, conflict near Vietnam, Laos, Cambodia and several military coups.

For decades, King Bhumibol Adulyadej acted as a liaison between the country’s political rivals. He was known as the glue that held the country together. The king represented a symbol of national unity and was greatly revered by the people of Thailand. His portraits can be seen throughout the country in buildings, schools and along highways. His death may have the potential to cause political instability in the country.

Maha Vajiralongkorn, King Bhumibol Adulyadej and Queen Sirikit’s only son, is the next in line to the Thai throne. He was named crown prince in 1972 by his father at age 20. Many are skeptical about the country’s future because of the crown prince’s reputation for being a playboy and for lacking financial restraint.

Many of Vajiralongkorn’s escapades have been hidden from Thai society because of the country’s stringent lèse-majesté laws. The laws have helped protect Bhumibol and his family from defamation due to the prince’s exploits. Stories about Vajiralongkorn are a gossip mainstay nationwide, and he is loathed by many of his future subjects, including the elite circles expected to crown him and then help him rule. Many believe this apprehension prompted the military to stage a coup in 2014 to gain a strong hold on the government.

Many anticipated that the king would appoint his widely cherished daughter, Princess Maha Chakri Sirindhorn, as heritor. Thailand, however, has never had a ruling queen because the laws of succession specify male heirs.

Although the king’s passing is devastating for Thailand, the people of Thailand hope that his successor will uphold his father’s fairness and courage.