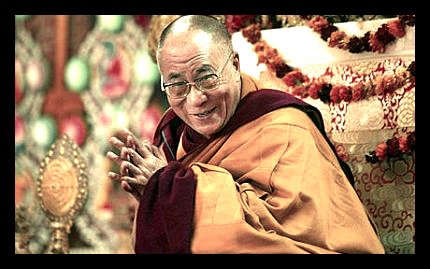 The Chinese occupation of Tibet has been going on since 1949. The Tibetan people, under command of the “Holy Dalai Lama,” have been attempting to win back their freedom and independence through non-violent means. All over the world, international networks of people have been forming Tibet Support Groups, or TSG’s.

The support groups serve as initiatives that raise awareness among foreign nations and generate support and aid towards freeing the Tibetan people.

China is trying to gain membership status in the United Nations Human Rights Council, but the nation has an ongoing ban on all information concerning the exiled Dalai Lama. Although the Central Tibetan Administration and the Dalai Lama believe they can solve the oppression of the Tibetans and still remain a part of China, anti-Tibet propaganda still runs throughout the occupied territory.

Jiang Zemin was the former President of China, replaced this year by Xi Jinping. The previous leader was under investigation for crimes against Tibetan humanity, but the Spanish Government abruptly let the situation drop without consequences and the oppression continues today.

The UNGC was an initiative signed by the Intercontinental Hotel Group that serves to provide the most honorable and genuine business practices among companies with holdings in multiple countries. Another complaint with the hotel in Lhasa involves the main executive being corrupt and participating in fraudulent business dealings, but so far nobody has responded to any of the issues raised.

The Dalai Lama is adamant about solving Tibet’s problems through non violent means as a way to bolster the Buddhist way. The Chinese wants to build water powered projects on the large Brahmaputra river that originates in Tibetan India.

In a business-standard.com article, the Dalai Lama said, “The mighty Brahmaputra river, which flows through many parts of India and southeast Asia, has its origin in Tibet. The success of the Tibetan movement is an imperative for saving the environment and ecology of the entire world.”

The struggle against Tibetan oppression in China, especially its non-violence, is an important lesson for everyone to learn. The Tibetan movement is trying to prove that morally sound, peaceful, and righteous action against an enemy can be just as effective and more beneficial to everyone. Politicians, leaders and citizens on all sides of the earth can use this information to their advantage and take it forward into the future that we all share together.