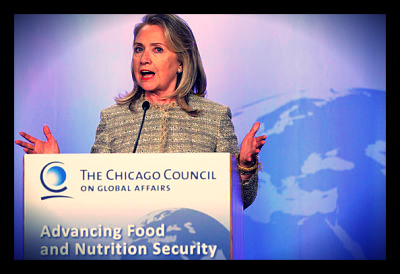 The Chicago Council on Global Affairs was founded in 1922. It is an independent, non-partisan organization charged with influencing discourse on global issues. The organization employs opinion and policy formation, leadership dialogue, and public learning to influence discourse. The organization hosts public programs and private events featuring world leaders and experts. They implement task forces, conferences, and other methods to broadcast their ideas and opinions on a global scale. Individual and corporate members who pay a yearly fee support the council.

The council’s history showcases their importance and focus. The founders believed that World War I had changed foreign affairs, and thus, our policies and methods ought to be reevaluated. In the late twenties and thirties, the council was one of the premier sources for international news and analysis drawing speakers such as John Maynard Keynes and President Herbert Hoover. During the forties and fifties, the Chicago Council on Global Affairs made an effort to attract younger participants as well as to expand programs to the suburbs. Speakers in this period included Eleanor Roosevelt, and then U.S. Senator John F. Kennedy.

During the sixties and seventies the council’s focus changed slightly as they began to focus on world hunger and relations of countries in the Atlantic. They launched biennial conferences with foreign policy experts from around the world. They also began publishing results for its Public Opinion Survey on Foreign Policy Issues. Speakers included President Gerald Ford, Secretary of State Henry Kissinger and UN Secretaries General U Thant and Kurt Waldheim among others.

In the eighties and nineties, the council shifted towards European development, economics and integration as well as human rights. Speakers included Egyptian President Hosni Mubarak, former Soviet President Mikhail Gorbachev and others.

Today, the council has shifted its focus towards globalism. They are eager to help in the fields of public education, the global economy, democratization, sovereignty,  intervention, global institutions and a changing America. Additionally, they have begun focusing on Asia, Africa and Latin America- regions that were previously less discussed. Recent speakers have included Secretary of State Condoleezza Rice and former UK Prime Minister Tony Blair.

The Council holds Chicago and World forums where experts present their perspectives on various themes. The council also sponsors corporate programs and emerging leadership programs among others. Their publications and studies include food security as well as a public opinion study of illegal immigration flows among others.

The Council has defined a list of several topics of interest. These include agriculture and development, economics and business, energy, environment and climate, international politics and policy, foreign policy and national security, and values, diversity and pluralism. These topics guide the council’s discourse. The Chicago Council on Global Affairs has an important and rich history. They exist as an important non-partisan organization to provide valuable information and opinions on global affairs. For more information about their programs, studies and events visit them here.