Tension over Kashmir resurfaced in the form of a cricket match, as 67 students were charged with sedition after cheering on a Pakistani team at their university in Meerut, India on March 2. The Kashmiri students, who were attending the College of Swami Vivekan and Subharti University in India’s Uttar Pradesh region, faced life sentences before widespread outcry from other students across the country.

Protesters argued the seriousness of the sedition charges, which many did not feel their actions warranted, eventually succeeding in getting them dropped to a misdemeanor disturbance of public harmony. Prior to the charges being dropped, the students’ defense claimed that they never threatened to bring down the government nor tried to hurt India’s national integrity.

The case quickly gained national attention after the Opposition Peoples Democratic Party publicly demanded leniency and an apology from the University and state officials for their acts of “fascism.” Also, active in demonstrations were the Kashmir University Students Union as well as several chief officials from the northeastern regions of Uttar Pradesh and Jammu. The Pakistani Government who has offered to welcome their own universities to the students at hand.

Many critics feel as though the charges were motivated by ethnic and political discrimination, since the students committed no actual illegal act outside of rooting for the wrong team. The contentious Kashmir region has been the subject of controversy since it was divided between India and Pakistan in the 1947 partition and has prompted two Indo-Pakistani wars in the decades since.

According to the Student Union, the scenario “is nothing new, but a testimony to the fact that we have been in a perpetual state of war with India for the past 67 years.”

Since 1989, popular insurgency has been fighting for either Kashmiri independence or a complete merge with Pakistan. Sentiments of nationalism resonated in the arrested students’ actions, which reports say consisted of cheers of “Long live Pakistan” and “We want freedom.”

Vice chancellor of their university, Manzoor Ahmed, holds the students responsible and supports the sedition accusations, stating “You cannot pass judgments against your own national team. Their behavior was not conducive to peace on campus. It creates bad blood with the local boys.”

However, the students themselves claim the cheers were not political at all, but rather inspired by loyalty to their cricket team alone. Cricket is the national pastime of India, and has enjoyed popularity in South Asia due to the lingering legacy of British colonial rule. Cricket events, like the Asia Cup in which the two national teams were competing at the time of the arrests, are valued as one of the only spaces for tolerance and friendship between India and Pakistan, who both share a love of the game. 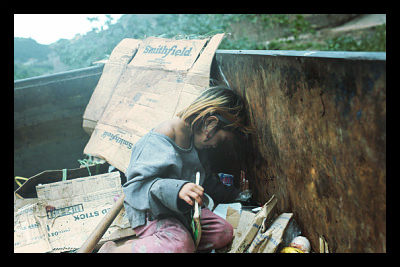 Birthplace of the term “banana republic” and victim of the brutal fruit companies-led coup, Honduras is among the countries with the lowest incomes in Latin America, poverty is very pronounced problem in this Central American nation. Despite an economic growth of around 3 percent per annum, the gross domestic product (GDP) per capita of the country remains stagnant.

This discrepancy could indicate that there is a widening disparity gap.

In fact, since the coup d’état in 2009, Honduras witnesses the most rapid rise in inequality in Latin America, a factor that contributes to prevailing climate of violence. Equally frustrating, the top 10 percent of the population also earns virtually all of the republic’s real income gains.

Furthermore, the 2009 coup d’état had increased the overall rates of poverty and extreme poverty. This climate of political crisis had reverted the economic advances that took place in the country. In addition, the government of President Porfirio Lobo, who came into power after the post-coup elections of 2010, had reduced social spending despite the boost in public spending.

It is estimated that 71 percent of the 8.3 million Hondurans live in poverty, a major problem that contributes to the frequent instances of violence that plague the nation. Because of this astronomic number of people living in poverty, a large sector of Honduras’ population is also deprived of education.

Only a lucky few can afford any education beyond sixth grade.

What’s more, Honduras has the highest rate of homicide in the world, with the average of 20 people murdered daily, 90 percent of whom are male victims. This frightening data stem from the burgeoning narcotic business, which has given rise to many organized crimes. This epidemic problem of homicides also takes away from the country’s meager income by necessitating the Honduran government to spend 10.5 percent of the national GDP in the combat of violence.

Due to Honduras’ constant history of political instability, there has always been very little opportunity for Honduras to develop democratic institutions to impose the rule of law. Instead, centuries of colonialism and decades of dictatorship have marginalized the poor, leaving them with minimal choices to make a living.

This scarcity of upward economic mobility and grinding poverty have driven many towards illicit ways of earning money.

In its attempt to encourage Honduras to alleviate poverty, the World Bank has suggested the country to support the stability and the growth of its macro-economy as well as to improve the quality of its education. But, these key options to improve the situation of the country are easier said (or suggested) than done. Development and democracy are not phenomena whose advent can be brought about at an instant.

Instead, they require years of institutional and systematic reforms for a society to have a functional democracy and a sustainable development. 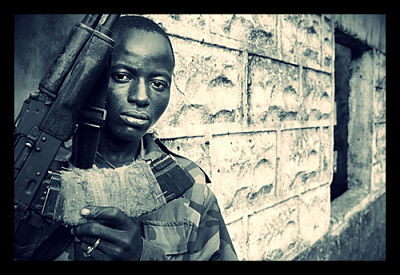 Sierra Leone, home to over 6.1 million people, is a West African nation ravaged by a 11-year civil war. The country was prone to military coup de’tats, resulting is an ever-revolving door of presidents, dictators, military juntas and overall political chaos.

The political crises that have befallen the diamond resource rich nation is in stark contrast to its prominent past as a settlement for freed slaves, particularly its capital, Freetown. Sadly, the civil war, which was condemned for human rights violations such as the use of child soldiers, created a situation where poverty became rampant among the populace.

Sierra Leone now has one the lowest life expectancies in the world, with an average person expected to live to only 48. It ranks fairly low in the Human Development Index at 180th out of 187 countries. Particularly distressing is that over “60 percent of the population” lives on about “$1.25 per day.” Consequently, the nation boasts a high illiteracy rate, and deals with a increasingly volatile health crisis, with a majority of the population unable to attain proper medicine and health services.

Despite the problems, the country has made positive strives since the end of the civil war. Since 2002, positive changes have occurred. The central government has become stronger and democracy has flourished quite prominently in the wake of the civil war. The nation has also seen an uptick in economic development.

Unemployment and underemployment of the youth population are major reasons for the civil unrest within the nation. Around 70 percent are out of work or critically underpaid, resulting in strikes that are routinely suppressed by the government. Disillusionment with political elites and inequality of wealth in the country has led to a huge divide among political groups.

Current President Ernest Bai Koroma and his All People’s Party have been criticized for their actions, but at the same time praised for helping the nation “transition from a failed state” to a “fast-growing economy.” The economic growth of the nation is contrasted by the rampant poverty faced by a majority of the nation.

Sierra Leone has had an arduous history in regards to women’s rights. The country is home to many customary practices, such as “female genital mutilation” and forced marriages. Amnesty international reported that the Sexual Offences Act, though pushed through in 2013, was never truly enacted, and discriminatory policies against women were still heavily occurring in the nation.

Human rights violations are particularly evident in post-civil war Sierra Leone. Peaceful demonstrations are still violently suppressed, and opposition media are continually jailed for dispelling information against the ruling regime. An April demonstration against working conditions at a local mine resulted in police officers killing 12 workers. The Human Rights Commission of Sierra Leone found the police culpable for their actions, and pushed for an investigation into the matter. Sierra Leone has not indicted or prosecuted any of those involved in the killings.

Can Sierra Leone make a change? Unless the government makes a more proper investment in its population and respects human rights, civil unrest is a common possibility. The lack of oversight for respecting human rights and drastic poverty is an increasingly damaging problem for the nation that was once a safe-haven for those escaping slavery.