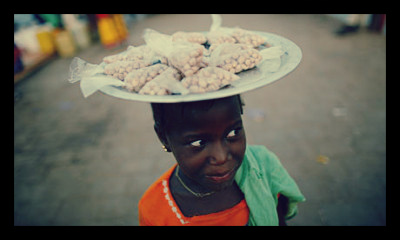 The Institute of Development Studies has released new rankings for the Hunger and Nutrition Commitment Index (HANCI). The index ranks countries by political commitment to tackling hunger in developing countries from most commitment to the least. Guatemala has topped the list, and Guinea-Bissau has finished last.

Guatemala managed to rise to the top by way of, “policies ensuring access to drinking water and improved sanitation, complementary feeding practices and ensuring over nine out of ten pregnant women receive visits from health officials at least once before delivery.”

Guatemala has made budgetary strides to ensure their country can achieve lower chronic malnutrition rates by the year 2016. At present, Guatemala has an alarming rate of child stunting, and the IFPRI has expressed deep concerns over the country’s hunger situation. While the current situation in Guatemala remains less than ideal, progress is being made, and things are improving.

On the other hand, Guinea-Bissau, who also has alarming hunger and malnutrition rates, has shown little political commitment to improve their situation. They have failed to invest in agricultural improvements, and their nutrition policies need a great deal of work.

It is important to note that GNI is not a major determining factor for the hunger and nutrition commitment index. Several wealthier countries, such as India and Nigeria, actually rank lower than countries with lower GNIs, such as Malawi. The important thing is that countries show strong political commitment and use of resources to reduce hunger and malnutrition.

The index compiles a score based on 22 indicators of political commitment to reducing hunger and malnutrition. These indicators include political policies and programs, legal frameworks, and public spending.

Researchers believe the hunger and nutrition commitment index is important because of what it brings to light.  The index shows what governments are doing well, or what they are failing to do. It has the capability to be a catalyst for change and accountability. It could have the ability to mobilize civil society and the international arena to demand more from governments worldwide.