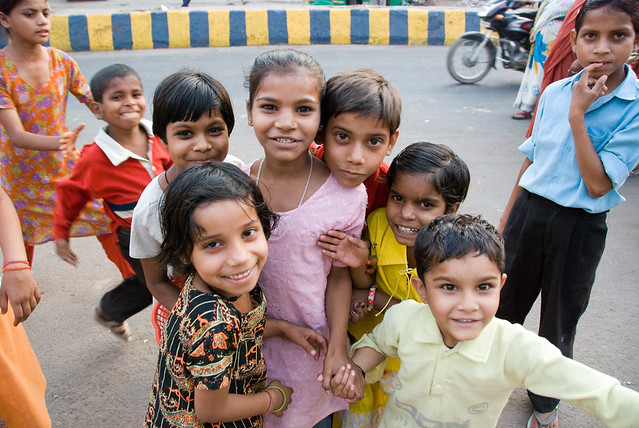 Conditions in India are constantly improving and the country has one of the highest rates of poverty reduction. Between the years 2005-06 and 2015-16, India transformed into a lower-middle-income economy by decreasing the number of poor people from 630 million to 360 million. By improving the standard of living, bettering nutrition and increasing public expenditure, India became home to the largest number of people coming out of poverty. While this improvement has greatly boosted India’s economy, children have also undergone positive changes that improved their lives in many aspects.

Due to poverty, overcrowding and the lack of teachers, less than 50 percent of children receive a proper education. However, in the past two decades, the government has worked toward putting more children into schools. For example, India’s Education For All program has helped educate 200 million children, making it one of the biggest elementary education programs in the world. Additionally, this program has put around 20 million children into primary school since 2001. The government hopes to enroll all children in school regardless if they live in urban or rural areas. Ideally, students would complete school up until grade eight. Hundreds of millions of children would be uneducated and not have the opportunities they have now without the help of the government and the program.

Health has always been a serious issue in India, especially up until the 21st century. The gap between the rich and poor caused the poor to have little medical support which, in turn, increased the spreading of diseases. Private sectors, as well as the government, have set out to reduce the spreading of diseases and, so far, it has eliminated yaws, leprosy, Guinea worm and polio. Infant mortality rate, another serious health problem, has been steadily declining over the past decade. The National Family Health Survey taken in 2015-16 indicated that since the previous survey (2005-06), 57 children out of 1,000 died before reaching the age of one. Now, the number has decreased to 41 deaths out of 1,000. The improvements in underweight children younger than five years have also decreased from 42.5 percent in 2005-06 to 35.7 percent in 2015-16. These health improvements are continuing to help the lives of many children and families.

Inequality between males and females has caused violence to emerge toward women and girls alike. Violence, abuse and exploitation are all serious struggles faced by many, and UNICEF, along with many other programs and organizations, has been acting to prevent such brutality. The Protection of Children from Sexual Offences Act (POCSO) has begun to standardize the response to sexual violence. The government has also recently launched the Integrated Child Protection Scheme (ICPS) which protects all children in the country.

A lack of education, health issues and violence continue to threaten the wellbeing of children in India, but through government legislation and the work of NGOs, these conditions have been improving. If all goes well, they will continue to improve.