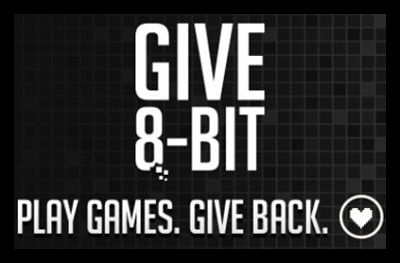 It seems the video game industry has grown at a breakneck pace. A billion dollar industry that has enabled seven billion hours a week of global game time, video games and gaming are quickly being recognized as an important platform and vehicle for charitable giving.

Playmob, the London and San Francisco based charitable gaming platform, released its new YouTube channel, Give8-bit (https://www.youtube.com/user/Give8Bit) this past December. The idea behind Give8-bit is to provide a platform that allows gaming studios and gamers alike to showcase their projects and hopefully get some much needed support.

As their release video proclaims, gamers are among the kindest (when not rage quitting) and most generous people on earth. Individuals have been setting up speed runs (where the gamer attempts to beat a title in a certain amount of time) and marathon runs (where they play a title for an excruciatingly long period of time without break) for charitable projects on their own for several years now. These runs are very well received by the community and often quickly achieve their target goals.

But gaming runs are just the tip of the iceberg for the ‘charitisation’ of games. Production companies are now promoting games which are actually designed to translate in-game actions into real world charitable donations. Game studios are making games tailored to educate gamers about the harsh realities of global poverty, homelessness, anxiety and depression to name but a few.

And now with Playmob releasing Give8-bit, all of these different aspects of gaming for charity have a global platform where they can have their voices heard.

Playmob also has a number of projects which are not directly related to the Give8-bit YouTube channel which could really use some attention.  These projects partner games (of any kind) with charitable organization to help drive the sales of the game, a portion of which is translated directly into donations to the charity.

It would seem the gaming community has a strong interest in ending cyber bullying and saving pandas—both very worthy and important causes to be certain. However, their projects which focus on issues surrounding global poverty seem to be stifled and taking a back seat.

For example, the cyber bulling campaign has received $95,000 of the $100,000 needed, while the security and safe drinking water for African children projects are both sitting at right around 10 percent of the needed funds (about $7,000). One can start getting involved by checking out some of the projects here (https://playmob.com/#projects-featured).