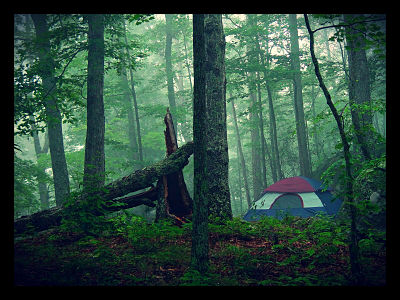 As any camping enthusiast will tell you, nothing quite describes the scent of that first refreshing breath of air they inhale upon waking in the middle of the forest. According to a recent study showing evidence that plants moderate global warming, there might in fact be a scientific explanation for the unusual characteristics of the atmospheric air experienced by campers.

Researchers from the University of Helsinki and the IIADA recently uncovered an ingenious feedback loop that exists between plants and higher atmospheric temperatures. How does it work? Plants moderate global warming through biological aerosols that originate from plants and – via atmospheric oxidation – stick to atmospheric aerosols, forming larger droplets that reflect sunlight and form storm clouds, thus decreasing temperatures.

In regards to evidence showing that plants moderate global warming, IIASA researcher Pauli Paasonen noted that, “Plants, by reacting to changes in temperature, also moderate these changes… Everyone knows the scent of the forest, that scent is made up of these gases.”

Although this amazing mechanism is presentlyonly able to mitigate only 1% of climate warming, the implications that plants moderate global warming is huge since future research can now focus exclusively the effects that such natural aerosols have on climate change, although many of their effects are currently scientifically uncertain.

Research highlighting how plants moderate global warming helps climatologists forge ahead into previously undiscovered frontiers of global warming and climate change. By having greater insight into the specific mechanisms involved in global warming, ongoing research can be aimed at both the construction and deployment of effective countermeasures. 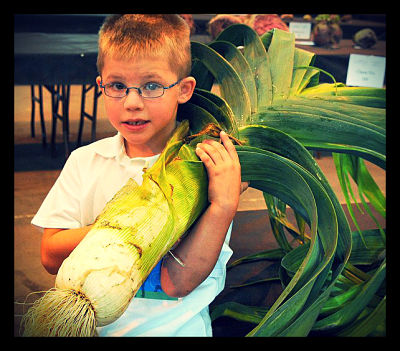 Hydrogen sulphide, a gas known for its toxicity to both plants and humans, has rarely even been studied in small quantities. Recently, a scientist researching the effects of hydrogen sulphide on plants made a simple dilution mistake-accidentally exposing the plants to low as opposed to high levels of the gas-that yielded completely unexpected results. In a discovery that has huge implications in regards to global food security, a surprising link was discovered between hydrogen sulphide and enhanced plant growth.

Researchers at the University of Washington were researching the toxicity effects of hydrogen sulphide and mistakenly exposed the plants to a much lower concentration of the compound then they originally intended. Unbelievably, instead of dying the plants responded with an accelerated rate of growth, with seeds germinating in half the time and crop yields nearly doubling. Just to make sure, researchers replicated the experiment several times in order to verify the relationship between hydrogen sulphide and enhanced plant growth, and the plants responded with the same accelerated growth patterns.

This recent development has exciting implications with respect to global food security, as the ability to grow plants at a larger and faster rate will help meet the demands of a rapidly increasing world population.

In regards to the link between hydrogen sulphide and enhanced plant growth, University of Washington Doctoral student Frederick Dooley remarked that, “They germinate faster and they produce roots and leaves faster. Basically what we’ve done is accelerate the entire plant process.”

The ability to both expedite and enhance the germination of plants from seeds to readily available crops carries with it great implications for the future of food security. Moreover, by unexpectedly finding the previously unknown link between hydrogen sulphide and enhanced plant growth, agricultural researchers are helping to solve the world hunger problem.